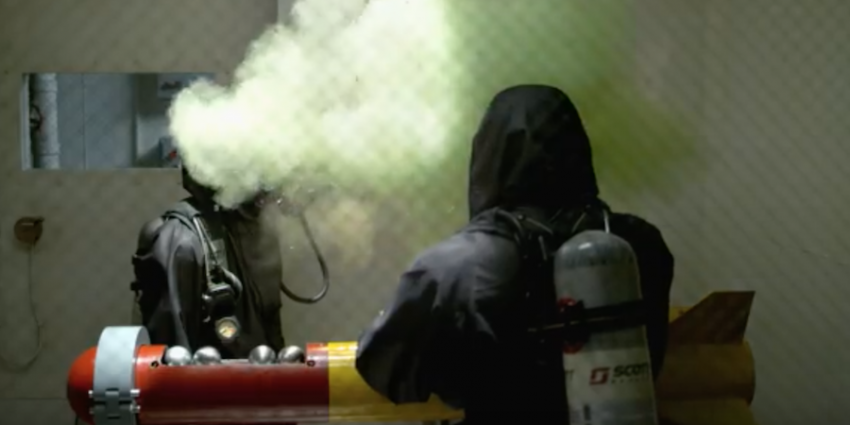 Did you feel that ripple? That subtle shift in the wind against your face? The crew of the Nathan James may not yet have noticed, but big changes occurred in this week’s episode of ‘The Last Ship,’ aptly named “Sea Change.” Transformations abound in operation, policy, and opinion for this eighth episode. For me, it captured everything from the subtle emotional shifts in minor characters and the more dramatic alliance reversals in our major players. Chandler and crew have been stuck playing defense this season, but I suspect they’re on the brink of an outstanding offense.

‘Sea Change’ is directed by Jennifer Lynch and written by Sarah H. Haught. I recognize Jennifer’s name from her work on ‘Psych,’ but she’s more recently directed television shows like ‘The Walking Dead’ and ‘Wayward Pines.’ Ms. Lynch did an outstanding job finding places to pause between action and dialogue, letting viewers fully absorb the subtle changes going on. From Kara’s disbelieving stare as the President shuts her out, to Wolf’s face moments before he takes Lau Hu’s life, these moments signify big adjustments for our crew, and Lynch ensures we don’t miss their importance.

Sarah Haught does an equally beautiful job of relaying important details to the story line without bogging the actors down in dialogue. Too many words can make the plot feel forced, and too few words leave us all in the dark. Rather, this story finds that happy medium which feels both real and organic in nature. 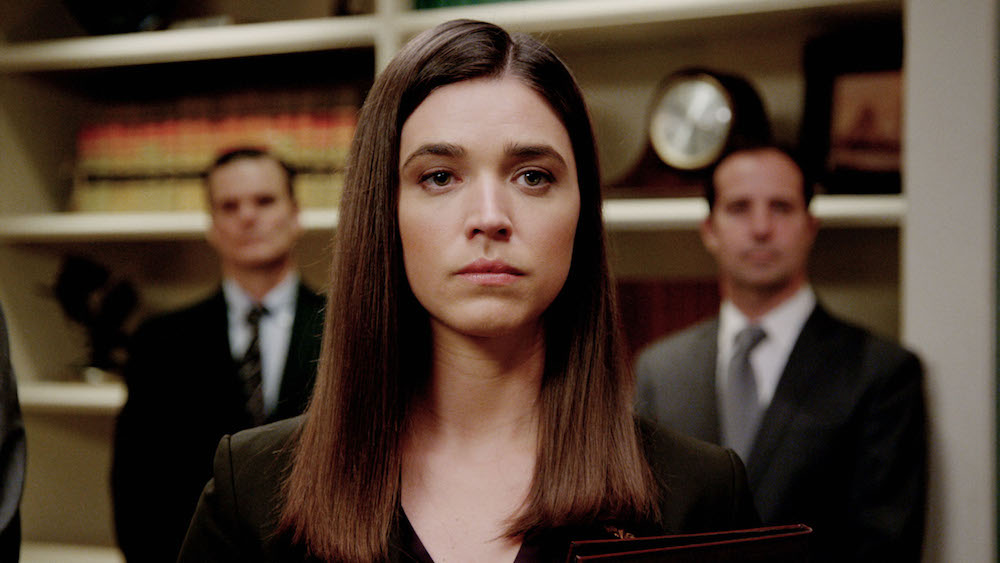 Between Lynch’s direction and Haught’s writing, I was further pleased to see Marissa Neitling’s acting skills on display. Each episode this season highlights specific cast members and ‘Sea Change’ is Marissa’s opportunity to shine. From her frustrated rebuke of the regional leaders to her quiet mourning of Michener, Neitling is the bright star of the show. Her character has greater responsibilities this year and her ability to convey her emotional turmoil is evident. I cannot wait to see where the writer’s take her character in the future.

It would be impossible to have a show focused on the US Naval prowess without championing a strong, centralized government. At the core of every officer is a belief that structure, protocol and tradition will overcome any obstacle. Hooyah. Still, each officer is a member of the wider population that constitutes the United States and opinions of party affiliation and government structure can differ greatly from person to person. In the face of global pandemic, ‘The Last Ship’ asks pointed questions about the state of our union.

In the face of global pandemic, and with the ability to recreate the United States in any form, would you choose the Republic we current enjoy? Would you employ the same Constitution ratified 240 years ago? Or, with the power to reform a nation to fit current goals and ideals, would you change the nation’s structure and system of governing laws? 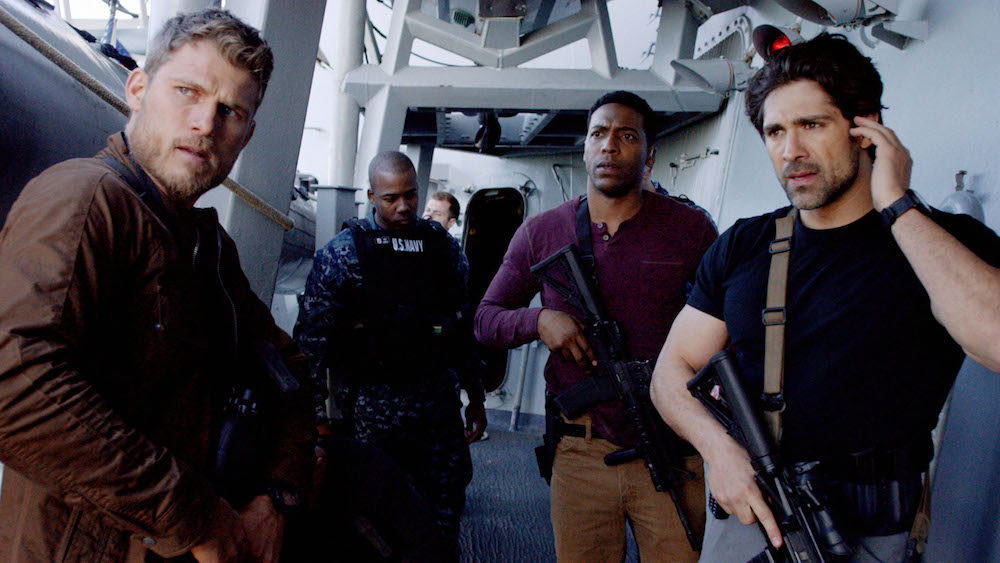 Our characters in St. Louis face this overwhelming problem. After two season of Chandler at the helm of the Nathan James, I felt compelled to give him, Michener and the rest of the crew the opportunity to reboot the US as they saw fit. I admit that the regional leaders grated my nerves and their attacks against Michener felt traitorous. But are they wrong? Up until the Civil War, most of our states championed their own power and resisted all attempts for a centeralized authority. How are these new territories different than the original thirteen colonies? Why is self-determination so frightening?

Obviously there are some issues with the regional leadership. They appear to be a treacherous bunch; it’s hard to trust anything they say.  First they agree to Michener’s policies, then they want to tear them down. I can see the wisdom in Michener’s land claims act, and restrictions on bank withdrawals. He had great reasons for the ration cards; Jeff wanted everyone to get fed. But the more I watch, the more I see some of the policies restricting entrepreneurship and self sufficiency. I don’t like the idea of a military state and frankly, Michener’s government structure relied heavily on such ideas. It sounds good in a crisis, but once the dust settles, how would you want government to run?

There’s nothing more frustrating, nor more enjoyable than having a character change your opinion of him or her. Jacob Barnes is a sneaky weasel of a man who has been a thorn in Kara’s side. His remarks in the wake of Michener’s suicide, however, are contrite and nearly apologetic. Did you catch his face in those final moments? I swear he looked remorseful. Barnes is also one of the few characters who appear motivated by truth rather than fear. I don’t like the warm feeling I’m starting to have toward him, but perhaps it’s deserved. 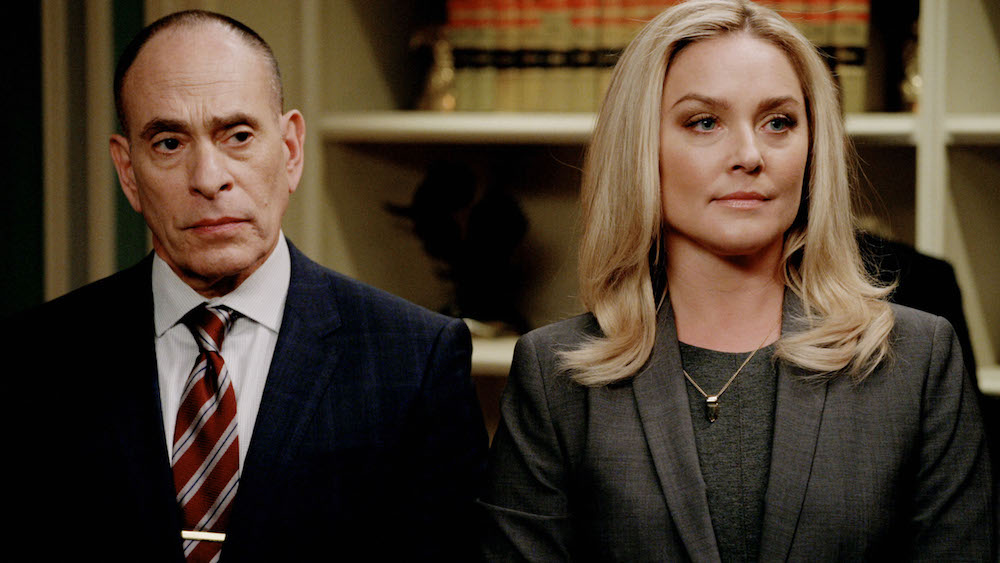 I can’t decide who gets the award for biggest snake: Allison Shaw or Alex Rivera. They epitomize the shifty political power mongers I associate with politics. Alex has been a dodgy character since the premiere, always questioning Michener’s policies but Alex, until this episode, has always sided with him. Her reversal appears motivated out of anger at his suicide, but it’s such a swift about face that I wonder if that was always her plan? Fans expressed early on their distrust for both characters and it seems we were right to question Allison and Alex’s motivations.

Big changes for Kara happen in ‘Sea Change’ as well.  No one could question her loyalty to Michener, and that’s just what gets her into hot water. Between the continued problems getting video feed from the Nathan James to her defense of Michener’s policies, the new president and cabinet find a way to push her out. To borrow from the great Patrick Swayze, “No body puts Baby in the corner.” Forcing Kara out of their ‘private’ meetings is a big misstep for the new leadership, one I suspect they’ll come to regret.

Chandler surely feels the changes in St. Louis despite the distance. His tone and roundabout way of asking permission to complete the mission are distinctly angry. Since Chandler was such a big supporter of Michener, I have to question how his relationship with Oliver will develop. The President says all the right things, but will his actions back up his words? If Michener is out of the picture and no longer an easy scape goat, will the regional leaders now turn on Chandler? A rocky sea is surely in the captain’s future.

Poor Wolf. Killing a man in the heat of battle with a gun is a distinctly different action than taking a life with your hands in close contact. The director emphasizes this nasty job by putting the characters in a dark, dingy environment. Wolf and Hu move in and out of the shadows signifying the struggle between good and evil. I loved the interplay between the two characters as Hu appears to have the upper hand and then Wolf comes back with a vengeance. Bren Foster shows his incredible acting skills as well; the remorse he has for his impending actions are written all across his face. 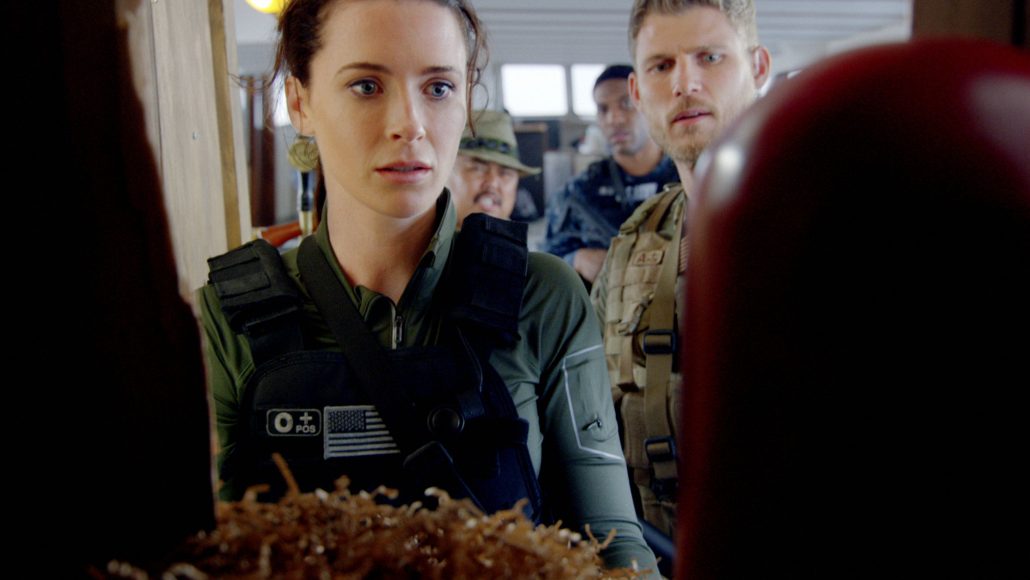 As more and more pieces fall into place, the mastery of the writers’ and producers’ plan comes into focus. I’m overwhelmed by the breadcrumbs they’ve left for us in each episode. It seems that each show has a piece to a larger puzzle, yet it doesn’t look like a clue until later on. One of the bigger mysteries yet to be solved is the issue of video communications. I feel we’re on the brink of discovering the problem now that Kara’s aide has departed to reboot the system. What will he find while he’s there?

Communication interruption is obviously a critical piece to our unknown adversary’s plan. Why keep the Nathan James from seeing who they’re talking to back home? And vise versa? With regard to the bio weapons Peng is using, what’s the connection back to the US? Most Americans should be inoculated at this point, but there’s a strong sense that Peng’s local genocide will somehow affect US politics on a grander scale.

The time has come to finish this. -President Peng

I couldn’t agree more with this quote. Waiting for the Olympics to end so we can get back to our regularly scheduled programming is frustrating. Gold medals are nice, but lingering questions weigh heavily on my mind. Nothing about this season of ‘The Last Ship’ has been predictable and I’m eager to see how everything resolves. In the meantime, a hearty congratulations to the writers, directors, actors, crew and everyone involved on their renewal by TNT. I’ve no doubt that season four is going to be stellar and lead to many more seasons in the future.