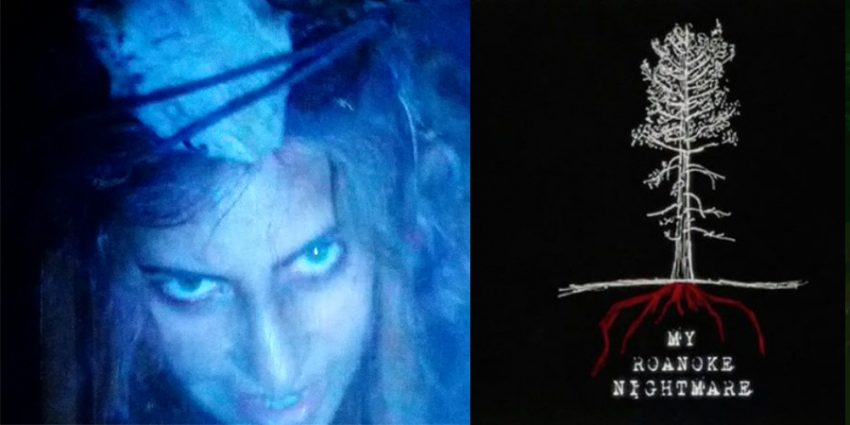 For those of you that have followed American Horror Story for all seasons, you must admit, season 6 is back to the roots! My favorite is, and always will be the first, ‘Murder House’. ‘My Roanoke Nightmare’, brings all the creepy, scary vibes back to me! It is almost as if they are done experimenting with the show, and have brought it back down to Earth. The haunting, documentary style is rocking it!

Let’s find out what has been going on. The main characters are being pushed farther, and farther to the edge is this thrilling season. Matt and Shelby are just normal people in a bad spot. Their house id extremely haunted, as is their property, and they are finally realizing what it is all about. The historic, missing colony of Roanoke, is now at play, and we see the evil forces behind the haunting. The soul selling, Butcher, is not just the only evil in play here. The appearance of Wes Bentley as her son, was a great gift to us. He is one of my favorites! 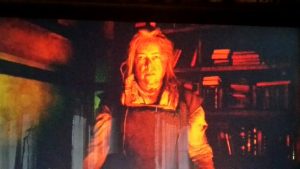 Following the trail of the missing little girl, Flora, was a treat. The things found and seen, can not be unseen. Pig heads and dismemberment is always a favorite! Finding the feral children feeding off a sow was horrifying, to say the least. I know everyone muttered the WTF phrase, for sure! The doll with a baby pig head, and the pig with a doll head, are all nightmares of their own. 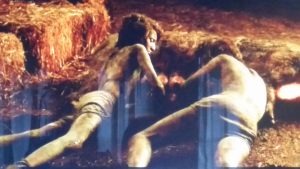 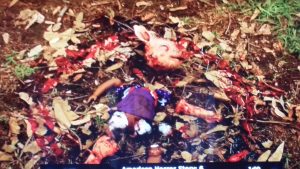 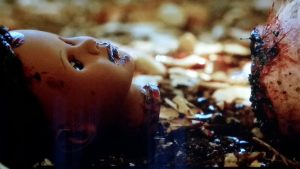 There are much more sinister forces.than we know of. Gaga got more screen time this week, as a devilish, witchy type entity, that in my opinion, rules the roost.  The scene where Matt is taken over to fornicate with her, is just chilling. How can you not know what is happening? 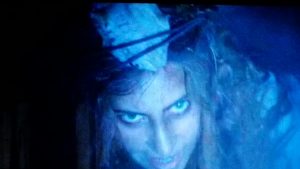 The murder of ex-husband Mason, was just freakier than all heck. Who stopped him from going to the police? Was it Lee, who was seen in the security footage? I don’t think so. It seems as though, this is just part of a larger plan. And where is missing Flora? Was it really the ghost of Priscilla that took her? And to what end, will the spirit go, to protect her? I am anxious to see her story!

And who is this creepy little psychic, Cricket? It is fun to see another character come back from a previous season. He appeared in season 3, Coven. It does appear to me, that he knows what he is doing, but can he help get Flora back? For Lee’s sake, I hope so. What we we find out about her other missing daughter, Emily? Was she really at fault in that situation? 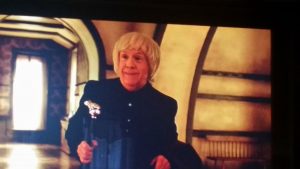 We know now that with the impending doom of the lost colony at Roanoke, the ‘Butcher’ has set her sights on keeping the colony intact, no matter what she has to do. Does she realize that they are all dead? Are they in a time warp, with residual hauntings necessary to keep them going? And to what end?

This season will be different, that is for sure. A twist is coming…it has been reported that after episode 5, we will see yet another story evolve. I am excited for this!  The Mott family is said to have a part in this season too!. Who can forget, good old Dandy! There was even mentioned that there may be a “cameo’ by a certain person who we all love and miss!. So for now, we just have to wait it out and see what is in store!