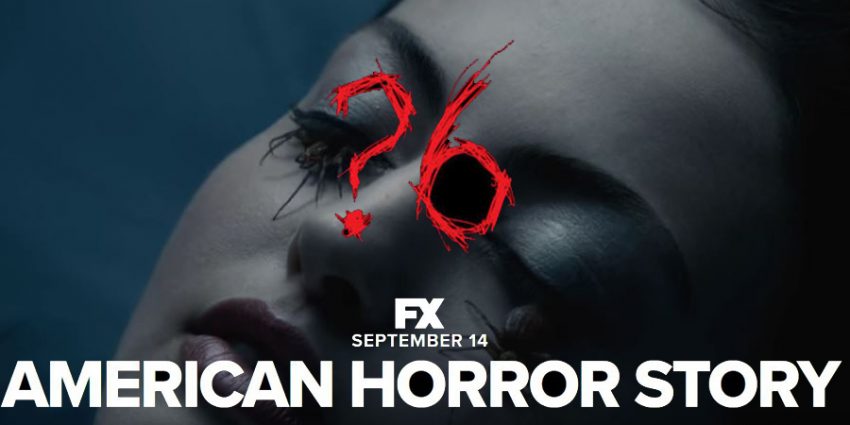 It’s almost here! Season 6 of American Horror Story is just around the corner. We still don’t know the theme! This has been one of the best kept secrets this year! Not a thing has slipped by us, we are all wondering! First thought was Slenderman, then Children of the Corn, than Texas Chainsaw Massacre…and on and on! The first 6 season promos, promised us that one of them was the real deal. Since then, there have been many more released. All of them, creepier than the next!

We do know most of the confirmed cast. Ryan Murphy and everyone involved, are still remaining silent on what the premise of the next installment will be, we at least have some names that we will definitely be seeing on our screens in September. That’s a blessing in any case. Here they are:  Sarah Paulson, Lady Gaga, Cheyenne Jackson, Leslie Jordan, Angela Bassett, Matt Bomer, Denis O’Hare, and Evan Peters. So I guess that is comforting. (MoviePilot)

Talking to YouTube channel GoldDerby on the Creative Arts Emmys red carpet, Ryan Murphy was willing to share the *tiniest* bit about what’s coming. “[Season 6] will be familiar and shocking, I think, to people what [the theme] is,” he explained. “We’re playing with a different form, so it’s not like any Horror season you’ve ever seen. It’s very very radically different [with] the narrative structure of what we’re doing.”

Whatever it turns out to be, will no doubt, be creeptastic, and bloody, and scarier then Hell! My daughter and all of her young friends who watch, have discussed the coming season at length. They have all decided it will be about nightmares. She reasoned that every child has nightmares, or night terrors. She also pointed out that most children have seen something creepy, that they have never told anybody about. She said the thing she is talking about is, inexplicable and unexplainable, and that every kid sees it at some point. Things comparing to Creepy Pasta stuff, seen on the internet. That’s what the teenagers think. They really don’t want to talk about it. And I have pondered this. I tend to agree. So, I guess we will finally know on Wednesday September 14th on FX. Just beware….it’s gonna be frightening!

Here is the Illusion Promo with Gaga singing.

Here is the compilation of all 26 so far!