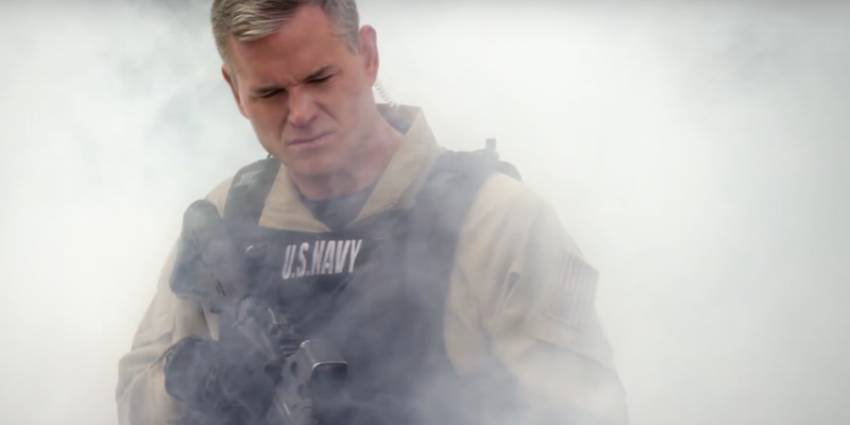 Tonight marks the end of season three for TNT’s ‘The Last Ship.’ With the network’s recent announcement of at least two more seasons, fans are both reassured that their favorite show will be back and lamenting the ten month wait ahead. What happens to Chandler? And will the nation come together? While I can’t answer those questions, I did get to speak with Eric Dane, who plays the show’s fearless Captain Chandler, about how the season went, what keeps him interested in his role, and what next season may look like.

How did you feel going into this season?

We all went into this third season really excited. Last season we fell into a groove and now we’re just comfortable in it. I can’t say enough good things about the people I work with, though. These guys and gals are more comfortable with their characters, the characters are developing, and they have a better sense about where they are going.

I’ve heard season four and five will be filmed simultaneously. So you’re going to start at the end of October 2016 and not stop for an entire year?

Correct. We’re going to shoot 20 episodes back-to-back. That’ll take up the whole year. And I’m accustomed to that, I’ve got pretty good stamina but I’ve never worked on a show like this; one that is so physically demanding and time consuming. 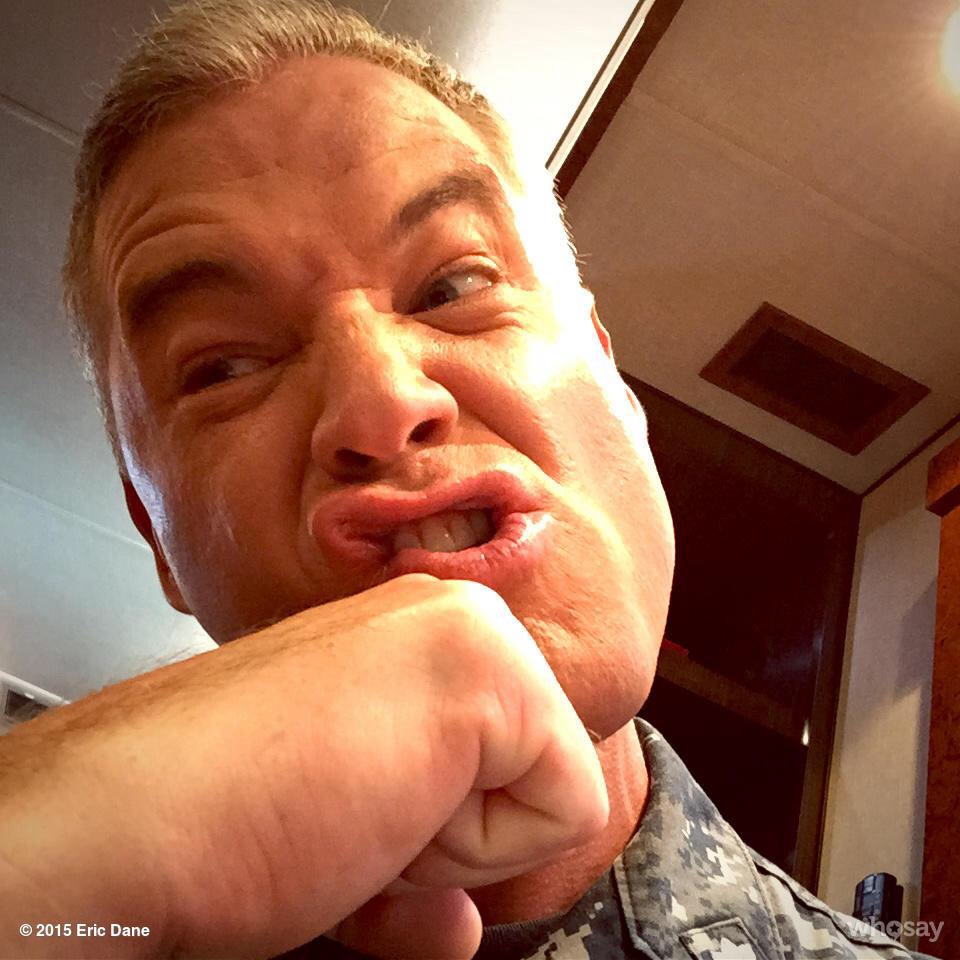 How does it affect you physically?

Honestly, it takes its toll. Every season so far, by episode seven or eight, I’m kind of limping. Both figuratively and literally because I’m getting hurt. Little broken fingers, cuts, bruises, nothing to put you on the bench, but you have to stay in the game. They’re annoying and distracting and it’s just kind of a pain. They’re frustrating. 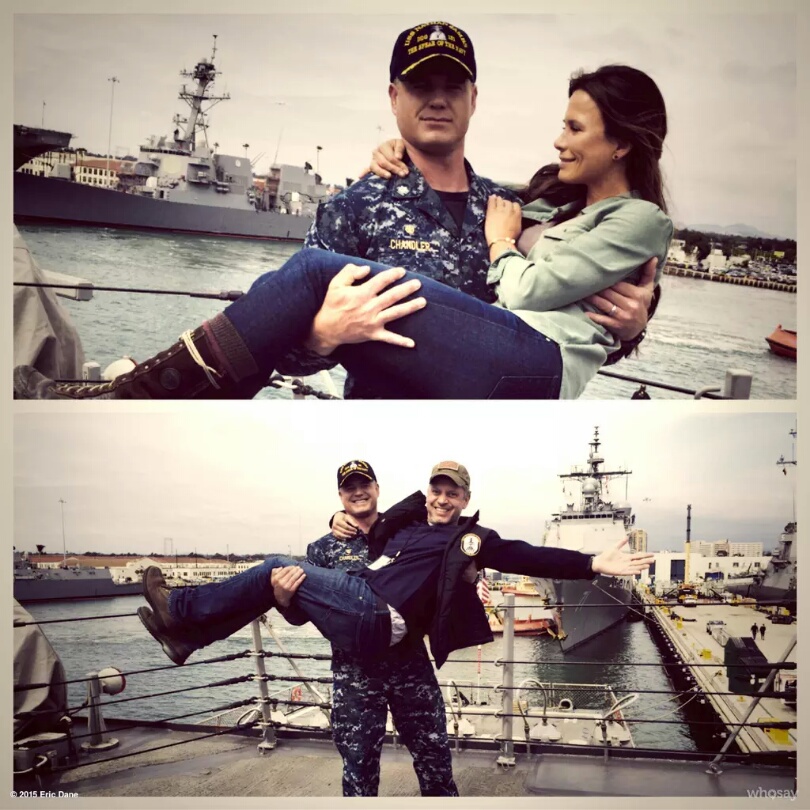 I thought the loss of Dr. Scott was an excellent plot twist for this season. How did you feel?

I’ll be totally candid, but how many seasons could the strange love triangle between Dr. Scott, Tom Chandler and Tex have lasted? It would just get weird, you’ve seen it before, and it has nothing to do with the show. It’s such a departure from what we’re supposed to be doing.

I was really sad to see Ness Bautista leave the show. He was there for three seasons and then the writers killed him off.

Yeah, I tend to agree with the writers on this. We feel that with so much heightened drama, and that we get out of these situations by the skin of our teeth so many times, that it’s unrealistic that everybody live through all this stuff. Even though it’s a sensational, fantastical world, we still try to root certain things in reality. The tactical stuff, the Navy stuff, we do as much as we can to have it as accurately depicted as possible. We have to take creative license sometimes, it is a television show, and we have to sensationalize some things. But we get in these scrapes and people don’t back. To be honest, the cast members that people like, are never safe. No one is safe from the writers room.

It’s the worst! You spend seven, eight months with somebody for two years. They come over to your house, they know your kids. You can keep in touch but despite your best efforts it’s never as easy or as convenient as when you see that person at work every day. And you get comfortable with your cast members. You start rotating new cast members in and, while we’ve been fortunate to get really professional actors, they’re strangers for a while. They’re not the people you’ve been in the trenches with the last three years.

Constantly shuffling around the cast is fun and it’s exciting but it’s also hard to say goodbye to your friends. The first few years there were a lot of stationary cast members, like Ness and myself, but now we’re getting into the deeper innings of the game and people die. It’s not believable that everyone is going to make it.

The complement of directors has been amazing the last three seasons. Can you talk about some of the highlights?

I love Peter Weller. He’s very talented, he’s a big personality to have on set, and he’s fun to work with. He really knows how to communicate with the actors. Not only that, he’s a doctor (PhD), he’s well read and very, very smart. There’s no question about what we’re doing when we’re there with Weller at the helm.

There’s also Paul Hollahan who only had seven days to shoot El Toro. That was the last episode we shot in season one. When they realized that he could pull that off, and when the producing director position opened up, they were like, “Let’s get Paul. Nothing is impossible for Paul and his episodes always turn out good!” He loves it though, he thrives under the pressure. But all of our directors are great. Jack Bender was there for the first two seasons and did an incredible job. Jennifer Lynch made a great episode this year too.

The show is masterfully written. Do the writers have much say in how their episodes turn out?

In television, it’s all an extension of the writers room. They have meetings and the directors know what they need to go get for the writers. Television is a writers’ medium. I don’t know if it was always that way, but over the last 10-15 years, the writers have really become empowered. It’s a great thing because great writing attracts great directors, who in turn attract great actors. It’s led to this golden era of television right that we have right now.

During the prep the writers map out what beats they need the directors to go out and get to move the story forward. Directors have their own visions that they implement and that’s honored. The executive producers don’t go back and hack up the director’s cut. But at the end of the day, it’s the writers that are calling the shots. 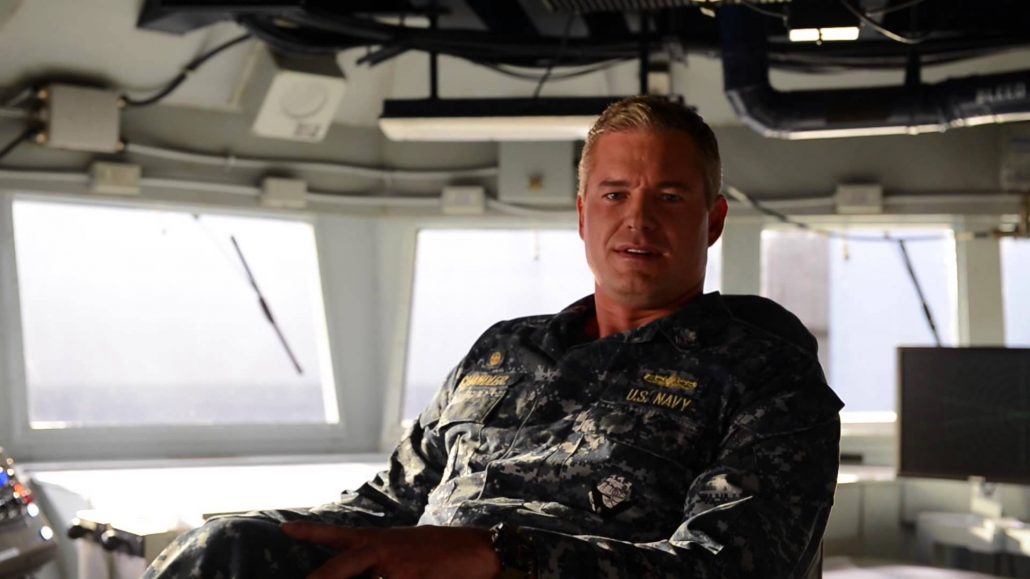 Like a boss. Eric Dane on the set of ‘The Last Ship.’ Photo by TNT.

You’ve worked as both an actor and producer the last two seasons. Can you describe what that role is like for people who don’t know?

There are certain privileges they extend to a lead in a show, like being able to see the cuts as they are handed to the network in the early in the post-production process. And also being allowed to submit notes on stuff, even on things that don’t pertain to me, and have them taken seriously. I don’t deal with the network or with casting, my job is still to get in there and play Tom Chandler.

The circumstances that keep changing. This isn’t a procedural type show where you’re dealing with a new case each week. In season 3, Chandler is on the other end of the chaos after mourning the loss of his wife and then Dr. Scott, and he’s not quite comfortable with his position. He’s a reluctant hero who fell into these circumstances and managed to navigate through them seemingly effortlessly at times. But not without mistakes. It keeps it interesting and fresh and keeps me engaged. It’s a big task, and you get to work with a lot of different actors.

Do you ever get seasick?

No, although a few of my cast members do! Kevin (aka Miller) gets sick. And in the episode we shot this year, where the party cruiser is smuggling missiles for Peng? The poor guy that played the captain got so seasick that he was trowing up all day. I wasn’t in that sequence but I heard that this guy stopped on a dime when they yelled, ‘Action,’ played his part, did a great job, and then would go back to throwing up!

If you (Eric Dane) survived a pandemic, what would you miss from the old world?

The first thing that comes to mind is take-out. If the restaurant system is a little funky then the takeout system is really funky.

What can you tell us about season 4? It feels like a long way off considering the cliffhangers in the finale.

Season four is going to be intense. Tom has been on three very different, personal journeys between season one and three. Season four will probably be about Chandler’s journey back to consciousness. It’s going to be like an epic, mythical-type odyssey. You’re going to dig it. 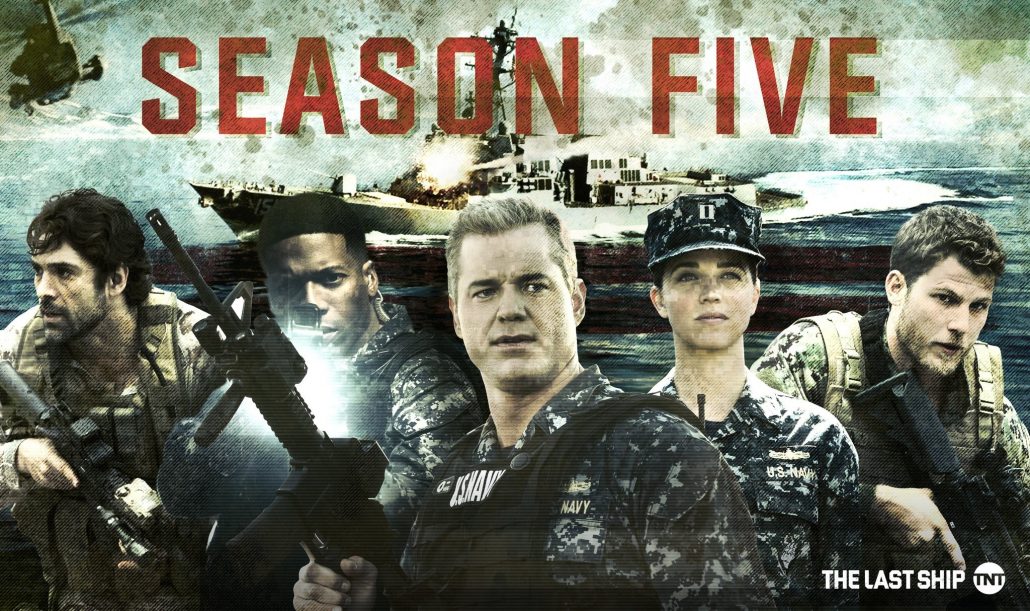 TNT has announced a fifth season for ‘The Last Ship’ coming Summer 2018.