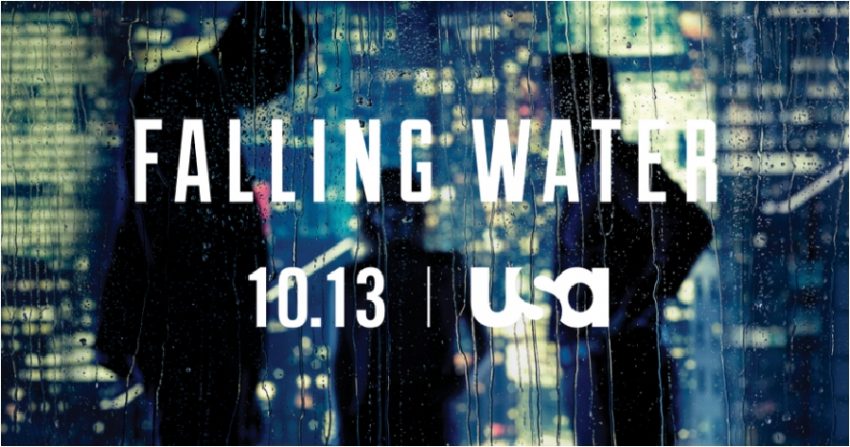 Falling Water on USA – Tune In or Tune Out?

Psychological thrillers aren’t generally my thing, but this new show on USA, Falling Water, looked intriguing. Maybe it’s because I’m a huge Frank Lloyd Wright fan (and one of his most famous houses has the same name). but I watched the early premiere preview this week. Should you tune in or tune out?

Falling Water is the story of three unconnected people, all in New York. Burton (David Ajala) is a Wall Street-firm security officer, trying to keep the tawdry exploits of the company’s wayward employees from going public. Taka (Will Yun Lee) is a New York police officer, with a mother in a vegetative state, exploring the odd death of a wealthy woman, and a gruesome discovery in a neighborhood home. And Tess (Lizzie Brochere) is a trend consultant, with the haunted eyes of someone who doesn’t sleep well, who is going from doctor to doctor asking them to examine her and tell her if she has had a baby. 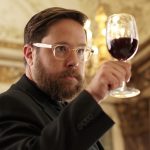 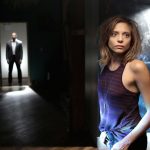 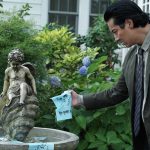 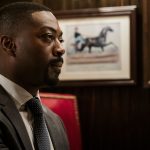 The official synopsis: An intersection between reality and unconscious thought, FALLING WATER is the story of three unrelated people, who slowly realize that they are dreaming separate parts of a single common dream.  Each is on a quest for something that can only be found in their subconscious.  However, the more they begin to use the dream world as a tool to advance their hidden agendas they realize that their visions are trying to tell them something more, and that their very real lives are at stake. The series, from Universal Cable Productions, is executive produced by Gale Anne Hurd (The Walking Dead) of Valhalla Entertainment, Blake Masters (Brotherhood) and the late Emmy Award-winner Henry Bromell (Homeland).  Lizzie Brochere (American Horror Story: Asylum), David Ajala (Fast & Furious 6) and Will Yun Lee (Hawaii 5-0) star.

Zak Orth (Revolution) is the mysterious Bill Boerg, Founder and CEO of Boerg Industries. Bill is obsessed with connectivity and the possibility that through our dreams we can connect directly into each other’s psyches. For years, Bill has funded dream research through an R&D arm of his corporation. When he comes across Tess (Lizzie Brochere), Bill offers to help her prove her son actually exists if in return she will participate in his research. At the end of the first episode, Boerg’s voiceover hints at bigger conspiracies:

When I began, I was a man of science. I believed there there was no truth beyond what we could see. And test. And prove. I don’t believe that any more. Now, most nights I wake up in a cold sweat. Convinced that some deeper truth has revealed itself in my dream. If only I can hang on to it before it fades away. There’s a war going on, the war for control of our dreams. And the outcome just may hinge on the fate of a single person, a special and powerful person. Now you can believe me, or not. But what if your dreams are trying to tell you something? What if they’re trying to tell you your life is at stake?

Our Recommendation to Tune in or Tune Out – Tune In if you liked Inception or other dream/psych thrillers. If not, you may think this is too far on the weird side.

Falling Water Begins Thursday, Oct. 13, but you can see
the first episode on their website.