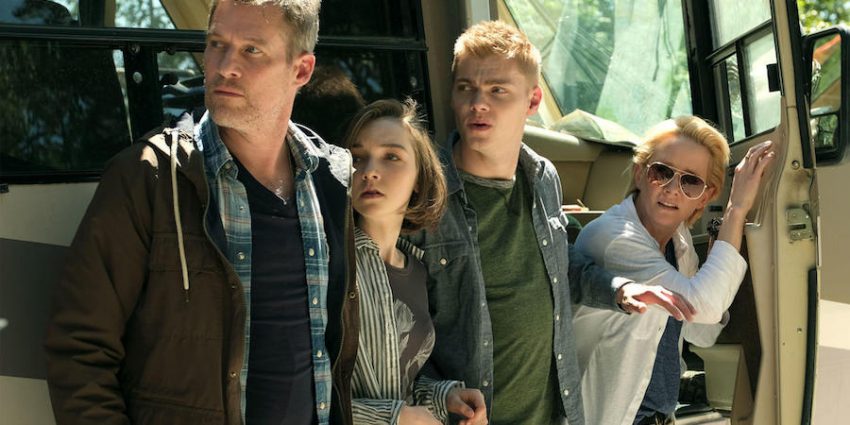 Float It Or Watch it: Syfy’s Aftermath

When the world as they know it starts coming to an end, the Copeland family must face terrifying supernatural creatures and unprecedented disasters, including massive storms, earthquakes, meteor impacts, plague and the rapid decline of civilization. Will they be able to make it through – and figure out how to stop it?

Diasters, massive storms, earthquakes and meteors. Everything you want to see in a show about the end of the world. Plus we get Anne Heche who plays the mom, and her real life husband James Tupper, playing her husband. That alone makes the series sound interesting. The show is produced by Halfire Entertainment in association with Syfy and Space. However, natural disasters are not the only thing going on in Aftermath. Add demonic possession and a virus that makes someone go completely crazy and you have Aftermath. 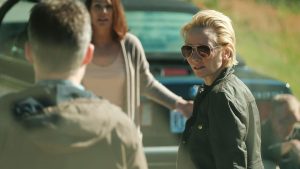 I would almost have thought this series was produced by the same group who did Sharknado but it’s not. The premiere episode which airs September 27th is going to leave you scratching your head a bit. We are thrown right into the events as they unfold without any warning. The first half of the episode feels like a Saturday monster movie that really doesn’t take itself all that serious. We have no idea why anything is happening and the ‘spirits’ that possess people are behind strange. As one of the cast members said in the video above, the series is unconventional.

By the time we get through the second half however, the show starts to actually get interesting. Sure we have no f**cking clue why demons are suddenly appearing during what appears to be the end of the world but the writers give us some ‘outs’ on this. Joshua Copeland (Tupper), is a Professor. His knowledge of long fallen civilizations may help save our current one from ending and give us some insight into the ancient mythologies the writers are pulling from. 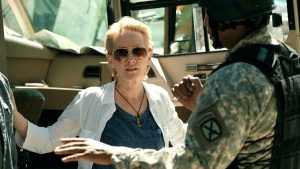 Our verdict on this Syfy series is: WATCH IT

It may be the hell spawn child of Sharknado and Z-Nation but its got natural disasters, supernatural creatures and a crazy zombie like virus.