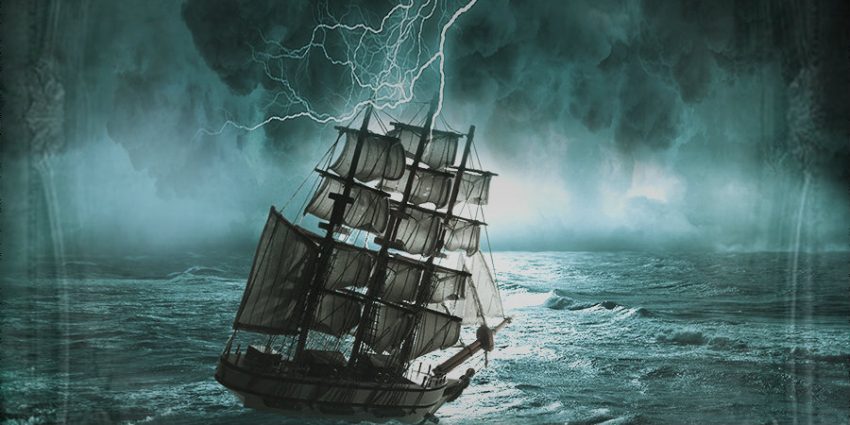 First it was Hard Science Fiction, then Video Games, and now the crew at Geek & Sundry are running a Fantasy Contest through Inkshares.  The premise is simple – submit a few chapters or a proposal on Inkshares between now and November 1st, get as many followers interested in your project as you can, and the top three will get published!

Easy, right?  Apparently only if you have nerves of steel and like talking to people.

I was personally introduced to the competition through a friend who was taking a big step to share her amazing story with the world through this contest.  Allison Griner, the creator of Storm Song, had been talking about her story with me for awhile, and when she decided to enter the contest I was excited to see where it would go.  Now, a month later she is currently in third place after having spent 22 days in first place!

Allison was gracious to spend a few minutes with Three If By Space today and share a bit of her experience, and introduce us to the world and people in Storm Song.

Q: So were you expecting to have the popularity of your story explode like it has?

Allison: Not really, no. It’s been a wild ride, for sure. I started reaching out to as many people as I could think of and explored avenues that seemed a bit ridiculous at the time, but they paid off. Networking isn’t something I ever expected to be good at, but I’m learning fast!

Q: Now you’ve mentioned a group of people from a podcast who have been very supportive of your story.  Just how have they been involved with this?

Allison: Back when I first entered the contest, I advertised the link to my Inkshares entry on the Facebook group for a podcast called Still Buffering. A group of people in that community decided that they wanted to find as many ways to help me succeed as possible. Not only have most of those folks pre ordered Storm Song, but they also helped me raise enough money have an ad on the podcast that went out a couple weeks ago! They’re just amazing. I could not ask for a better tribe to stand behind me. 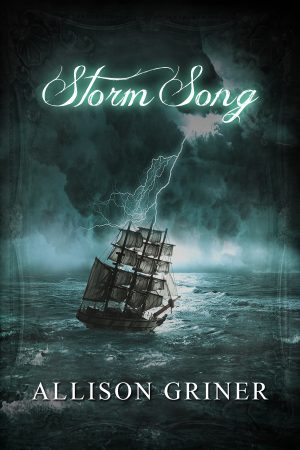 Q: So, let’s talk about Storm Song.  Just who is Thoster Chatwyn?

Allison: He’s a big brother, first and foremost. But also just a young man who has always dreamed of seeing the world, and finally has the chance to make that dream come true.

Q: Okay.  What does he do in this book that makes him important and why people should be interested in reading about him?

Allison: Thoster’s entire motivation hinges on helping his family, which I think is something we can all relate to. The subsequent adventure that he finds himself involved in is the search for an item called the Luck Diamond, which is a magical item of my own creation. It’s got a quality of random effect that I think will be interesting for readers to see play out in the story. I’m hoping that it will catch enough people’s eye that they’ll want to learn more about the diamond and where it comes from.

Q: That sounds like some kind of magical item you’d pull out of a D&D adventure.  Now you mentioned there were ties to this story and tabletop RPG?

Allison: The whole world and story premise came from the first D&D game I ran in college, actually. Thoster was the main NPC for that campaign, and by the time we finished that game, I knew that I wasn’t done with Thoster. Storm Song is his origin story. I wanted to share with people the choices that he made in order to become the man that I first created all those years ago.

Q: But there is a chance then if this becomes super popular we will be seeing Storm Song playable campaigns popping up online for us RPG’ers?

Allison: It’s definitely possible. I’ve GM’d for a long time, and have always created my own worlds. I’ve never created a full campaign for someone else to run, but if enough people wanted it, I would certainly be happy to oblige!

Allison: It’s funny you should mention that. Starting today through the end of September, I’m running a giveaway to raffle off three sets of dice which are themed after three characters in the book. Each dice set will come with a mini treasure chest to hold them in and a dice bag as well. Each pre order will earn you an entry in the giveaway, as well as each referral with confirmed purchase.

Q: GIve us a quick run down of the story’s plot, or what you have so far at least.

Allison: The Chatwyn family is trying to learn how to stand on their own after the devastating death of their mother just a few years prior. When Captain Calvin Roff offers Thoster a hefty sum for a simple night’s work, it seems like it’s too good to be true. And it probably is. Unfortunately, that money is quickly spent, leaving the Chatwyns back where they started. Thoster approaches Captain Roff and asks if there’s any more work that he can do, and is offered a spot on the crew for one year’s time. He takes the offer and sets sail with the captain and his crew. After that, the real adventure begins.

Q: Now, without giving away TOO much, tell us what your favorite scene in the book is so far and why it means alot to you.

Allison: There’s a scene on the ship where Thoster and Vashile are talking about magic, and Thoster’s magic manifests for the second time in his whole life. The way it interacts with Vashile’s is something that neither of them are expecting or can even fully understand. I loved writing something that took both of them completely by surprise and pushed them so far from their comfort zones. It’s also the beginning of the connection between Vashile and Thoster that I’m really excited to share with people.

Q: And what has been the hardest part of all of this so far?

Allison: Getting outside of my own comfort zone, honestly. As fun as it was to write pushing those two out of it, I sure do enjoy staying in my own. But getting out and talking to people about this story has been a really interesting experience. I’ve learned a lot about who I am and who I have standing behind me. I have a ton of people who love and support me – people who are excited to help me make this dream a reality.

Q: Well, we should wrap this up so you can get back to all that fun self-promotion.  Before you go, is there anything else you’d like to share?

Storm Song is available for pre-sale through Inkshares, including a free preview of the first five chapters.  You can also follow Storm Song’s progress on Facebook and Twitter.