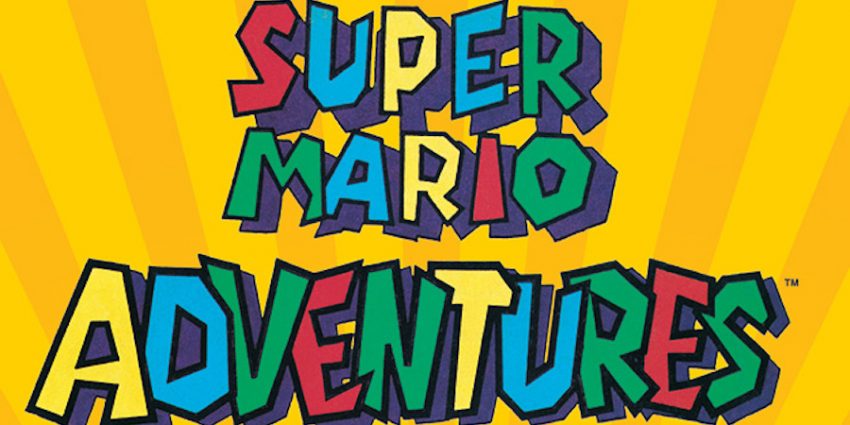 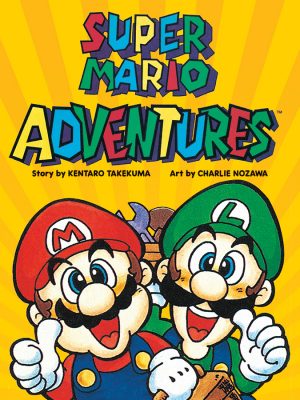 Fans in New York can join in the celebration by attending the Launch Party at Nintendo NY, located in Rockefeller Center on Friday, October 7th from 6PM – 8PM. The festivities will kick off with themed cupcakes for attendees, a photo-op with MarioTM and LuigiTM, an autograph and Q & A session with VIP guests from VIZ Media and more! Attendees who purchase a copy of SUPER MARIO ADVENTURES at the event will receive an exclusive poster as a gift with purchase, while supplies last. Visit: www.Nintendonyc.com and @NintendoNYC on Twitter, Instagram and Facebook for details.

Presented in full color and inspired by the bestselling Nintendo® video game franchise, SUPER MARIO ADVENTURES is a riotous and wacky tale featuring beloved characters Mario and Luigi (and YoshiTM!), with a story by Kentaro Takekuma and artwork by Charlie Nozawa. The comics originally ran in Nintendo PowerTMmagazine in 1992-93.

SUPER MARIO ADVENTURES collects the full series into a single-volume edition that will receive a remastered full-color print release with an MSRP of $14.99 U.S. / $17.99 CAN.

In the story, the peril-plagued Princess Toadstool is kidnapped by the diabolical deadbeat BowserTM but super plumbers Mario and Luigi hatch a plan with their new friend Yoshi to rescue her. Are the Super Mario Bros.’TMplans a pipe dream? Can they stop the Koopa King before he forces the Princess to be his bride?!

“This fantastic new edition will delight legions of video game, pop culture and comic fans with imaginative adventures inspired by Mario and Luigi from the classic Super Mario Bros. games,” says Beth Kawasaki, Senior Editorial Director for VIZ Media. “Join the fun as gaming’s most legendary pair of brothers attempt to rescue Princess Peach from the clutches of the Koopa King!”

Created by Nintendo, the Mario character first appeared in 1981 in Nintendo’s original Donkey KongTM arcade game. The red-capped, mustachioed character has become one of the most popular among fans and video games featuring Super Mario™ have sold more than 310 million units globally. Nintendo marked the official 30thanniversary of Super Mario Bros. in 2015 and the Mario character continues to be featured on a wide array of new consumer products each year.

SUPER MARIO ADVENTURES story writer Kentaro Kawamoto is best-known for co-authoring Even a Monkey Can Draw Manga and his most well known manga work published in English is Super Mario Adventures, which originally ran in Nintendo Power magazine and was collected in 1993 into a graphic novel edition of the same name.

For additional information on SUPER MARIO ADVENTURES and other manga titles distributed and published by VIZ Media, please visit www.VIZ.com.