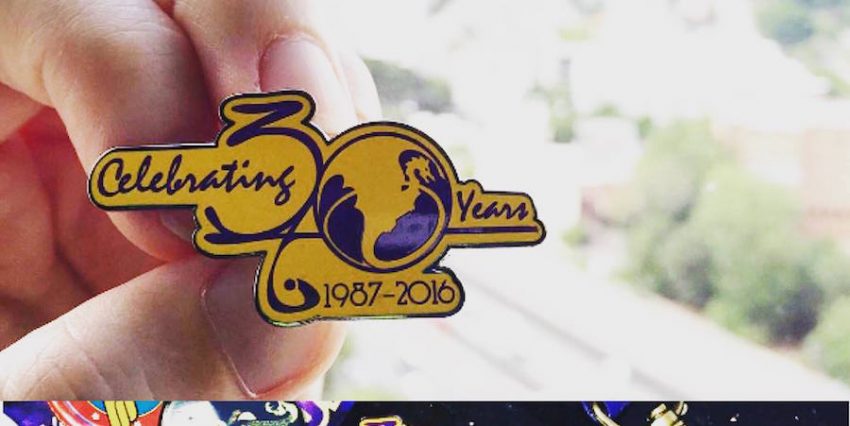 Each year, the trip to Dragon Con promises some of the best cosplay you will find at any convention. More importantly it gives you a pulse on the popular trends in pop culture. Every new TV series, film or topic that has come up over the past year makes an appearance. So we take a look at the top trending cosplays of Dragon Con 2016 to get an idea of whats popular in pop culture with the fans, not just media hype.

This should come as no surprise but Star Wars made a big appearance at Dragon Con. The recent film The Force Awakens, brought in a fresh taken on many long standing cosplays. Star Wars has always been a huge part of Dragon Con from the parade to cosplay. There has not been a single year that didn’t have a stormtrooper, Darth Vader or something in-between.

This year brought in Kylo Ren and BB-8. But perhaps the most important shift and most encouraging one was Rey. Huge numbers of young girls and women alike dressed up as the new heroine of the most recent Star Wars saga. And like true nerd culture, they were immediately accepted into the already huge Star Wars cosplay fan base. As they should be. 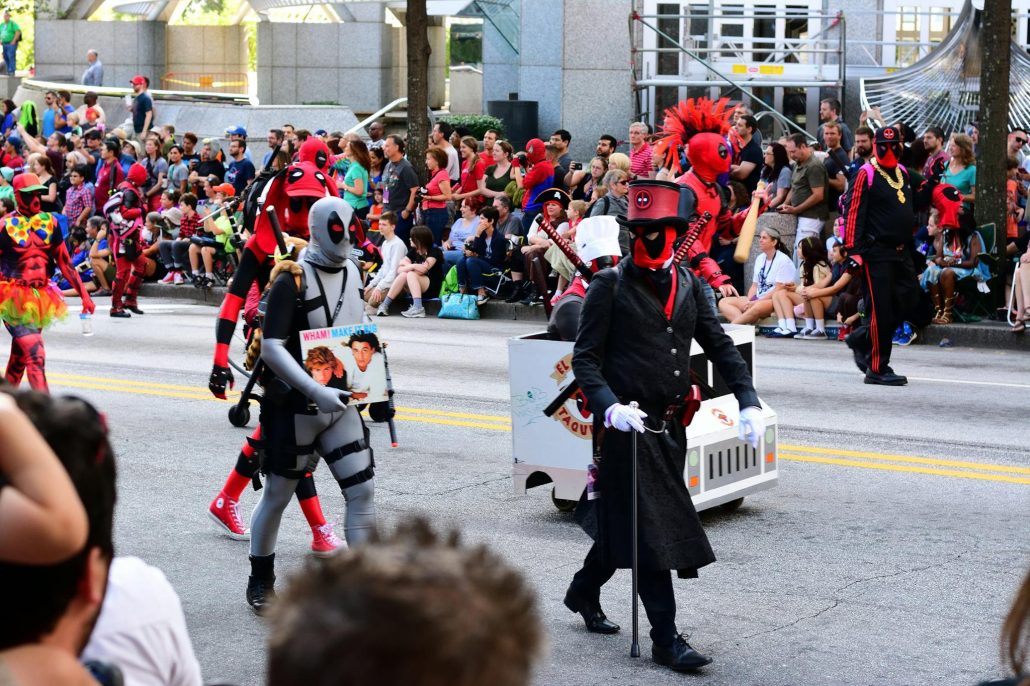 Deadpool and his foul mouth were bound to find its way over to Dragon Con and sure enough a legion of Deadpool in all shapes and sizes did find their way. Some were very traditional and others very ‘Deadpool’. In the above photo, can you name all the versions you see? Sadly all the after hours dead pool will remain, unseen for your own safety 🙂

One of the highlights to come out of the new trend of Netflix original series, Stranger Things. This hit 80s nostalgia series has brought with it a massive following in the cosplay world. Government conspiracies have always been intriguing but the young cast involved in this series is what makes it so popular.

USA’s hacker show has taken over social media and conventions since 2015’s SxSW. The series resonates with current news and financial markets as the world feels like its lost control. The show takes extra care to ensure that every scene in which hacking is being seen on screen is 100% authentic in the code being typed. Thats dedication to your craft. 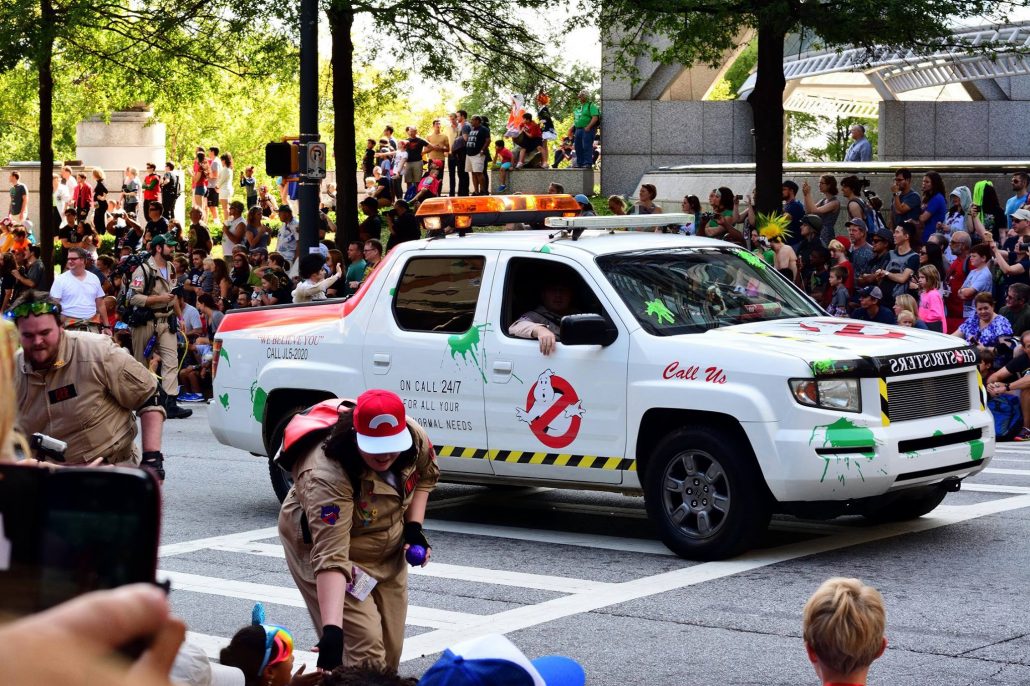 Another reboot joins the pop culture trend. Although the new film had a lot controversy surrounding it, that didn’t stop the cosplayers from coming out and making their voices heard. The funny thing about Dragon Con is reverse gender cosplay of just about every character already occurs every single year. So having a female cast for Ghostbusters made ZERO difference in the trend. What it did do was bring the film and the characters back into popular culture and brought fans back out to show off their love of the films.

Mad Max continued to have a presence after last years big showing with Fury Road. Into The Badlands also had several Sunny cosplayers and Widow cosplayers out there. After all the controversy surrounding the deaths of gay characters on The 100, Lexa cosplays were also huge. Even some of the most obscure cultural references showed up at Dragon Con.

Did you attend Dragon Con 2016? If so, what other great cosplay trends did you see?