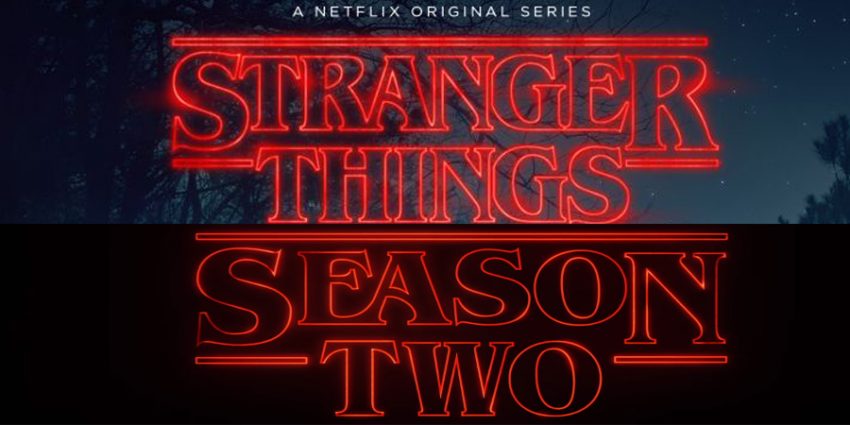 Have you seen ‘Stranger Things‘ yet?If not, you need to go to Neflix and binge watch right now! Why should you do this? Because it is one of the creepiest and entertaining show on Netfix! I personally binged watched in one day last week, and I was hooked! I hated for it to end, and now I am all happy again! Why? Because Netflix just announced Season 2 for 2017!

Season 1 was a love letter to the supernatural classics of the ’80s, Stranger Things is the story of a young boy who vanishes into thin air. As friends, family and local police search for answers, they are drawn into an extraordinary mystery involving top-secret government experiments, terrifying supernatural forces and one very strange little girl.

Now we have a season 2, so what can we expect? Most of the first season’s cast is expected to return for the second story arc, but they will be joined by a few new characters, too.

Among the characters reportedly joining the series in the second season will be a girl named “Max.” TV Line reports (unofficially, of course) that a casting call for the show’s second season describes the character as a “tough and confident” girl between the ages of 12-14 years old, whose “appearance, behavior and pursuits seem more typical of boys than of girls in this era.” Max is described as riding a skateboard instead of a bicycle — the preferred mode of transportation for the show’s young characters — and will likely feature prominently in the premiere episode, which is expected to have the title “Madmax.”

Also rumored to be joining the show in the second season is the “very muscular and hyper-confident” older brother of Max, who drives a Camaro (because it’s the ’80s, of course) and is named “Billy.” The two aforementioned characters will be joined by a third newcomer, a 30-something character named “Roman” who reportedly suffered a serious loss, and is bent on revenge.(YahooNews)

While some, including EW’s own James Hibberd, have argued the series should be an anthology, the Duffers opted to tell a continuing story in the fictional town of Hawkins, Indiana. Still, the pair toyed around initially with flashing forward a bit before settling on continuing the story in 1984. “I don’t think we ever thought anthology,” says Ross Duffer. “I think we talked like a larger time jump where the kids are older now and it’s a different decade. That’s something we batted around from the very beginning. But for us, there’s still more story here [in the 1980s], there’s still things that are unresolved.”(EW)