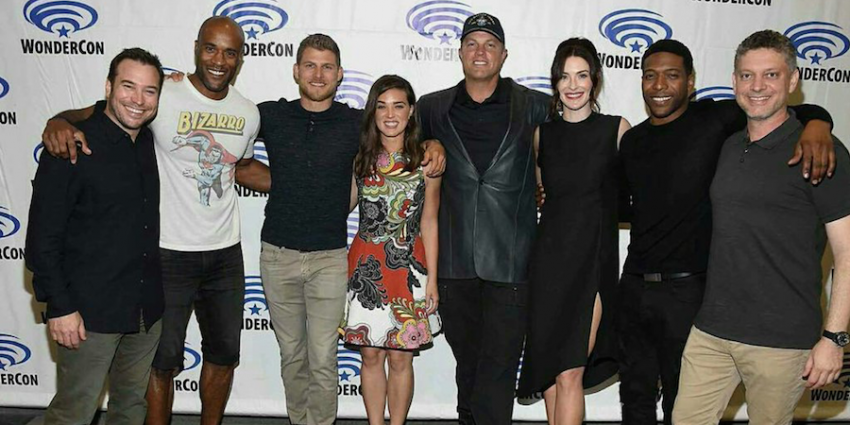 The Last Ship Gets A Fifth Season

Christmas has come early for fans of TNT’s ‘The Last Ship,’ as the network announced today that it was extending the renewal of the show to not only a fourth, but now also a fifth season. Just last month TNT confirmed a fourth season was slated for summer of 2017 and now fans can feel confident that we’ll have shows well into summer 2018. The show reaches an average of 7.1 million viewers each week across multiple platforms and is one of the highest ranked summer shows for adults aged 18-49.

There will be at least one change to these upcoming seasons fans might not be so excited for. While the second and third seasons of the show had an amazing 13 episodes, seasons four and five will be back to 10. I spoke with Eric Dane for a recent interview (which will be posted right after this week’s finale episode) and he said that they reduced the episode count so that both seasons could be filmed back to back. Filming for ‘The Last Ship’ generally begins at the end of October and proceeds though the following April. Twenty episodes will likely increase this schedule and our cast and crew will be hard at work for at least a year.

The series is produced by Turner’s Studio T in association with Platinum Dunes, whose partners – blockbuster filmmaker Michael Bay, Brad Fuller and Andrew Form – serve as executive producers. Co-creators Hank Steinberg and Steven Kane also serve as executive producers, along with director Paul Holahan. Kane will serve as showrunner, having previously served alongside Steinberg for the first three seasons.

Are a few less episodes worth the gift of another season? Definitely. I’m trilled to hear TNT is as excited as the fans are for this series. Summers just wouldn’t be the same without the Nathan James and her crew.