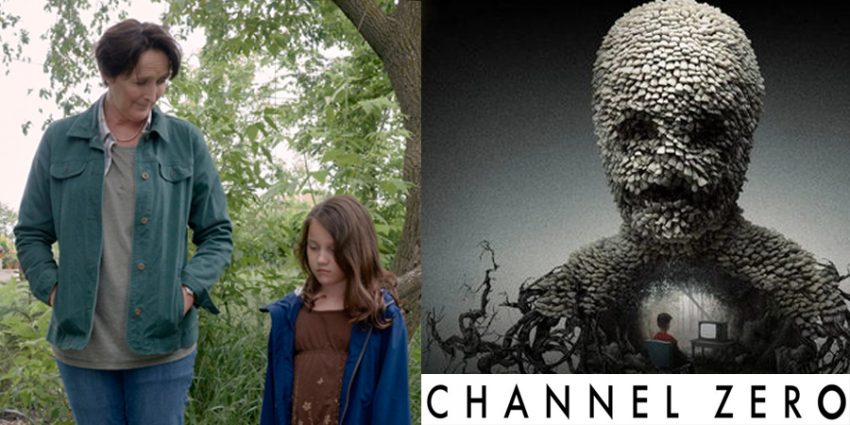 Did you watch the premiere for Channel Zero, Candle Cove? I did, and I will tell you what I think about this newest series from Syfy. First let me explain a little about the premise of the show.

We have all heard of Creepypasta, right? Creepypasta.com is a place you can go to read some very dark and creative stories. Folklore, stuff based on true stories and even videos, all created by people like you and me. It is very creepy to be sure and the stuff of nightmares can come from a place like this. If you have a teenager, ask them, they will tell you all about it.

So there is this story…based on Kris Straub’s story, Candle Cove, that writer Nick Antosca brought to life for Syfy. The entire premise to the story is a nightmarish thought. There is an old television show that only aired for 2 months, back in the 80’s. There was something strange, yet fascinating about this TV show. Filled with catchy tunes, and weird puppets, this show had an effect on children. A very strange and deadly effect. During this time,, Mike Painter and his twin brother Eddie prowled the streets of Iron City. But sometime in during this 2 month period in the 80’s, 5 children disappeared and were later found dead. Did this have something to do with the TV show? Well, yes it did. 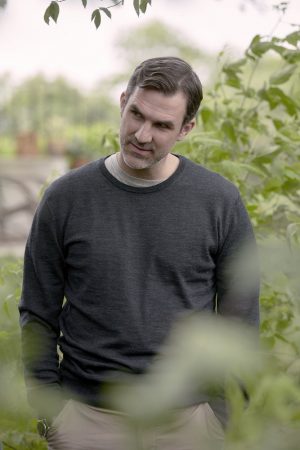 CHANNEL ZERO: CANDLE COVE — “You Have to Go Inside” Episode 101 — Pictured: Paul Schneider as Mike Painter — (Photo by: Allen Fraser/Syfy)

We find out that later in his life, Mike has not been able to put away the memories of that time, because his brother Eddie was one of the children that went missing. Mike travels back to his hometown, hellbent on finding some answers. His estranged mother welcomes him, but not the dredging up of old memories. Getting together with some childhood friends, isn’t the answer either, as most don’t want to admit to remembering the show. Mike finds that one of his friend’s children, is now seeing the show on her TV. This brings out all the feels that he thought were gone. He is scared. The way this series is filmed is great. It is low budget, but you would never know it. It is filmed like a movie. There is an aire of  creepiness to it. The character, Mike, really pulls you in. You can almost feel his anguish. 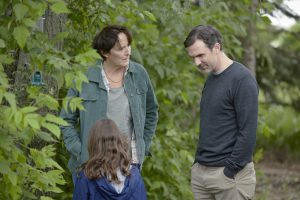 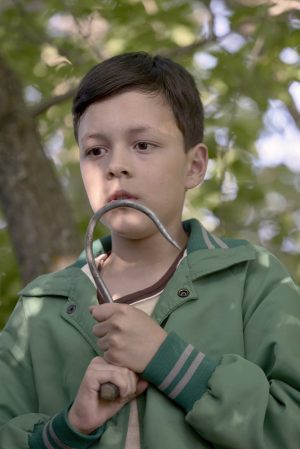 CHANNEL ZERO: CANDLE COVE — “You Have to Go Inside” Episode 101 — Pictured: Luca Villacis as Young Mike/Eddie — (Photo by: Allen Fraser/Syfy)

There are nightmares that we have in childhood that never stray far from our mind. We can cover them up, and replace them with other things, but they are always there. This is the case of the children in Channel Zero,Candle Cove. Although they are now grown, there is that nagging feeling in the back of their brain. Was it real? Did it happen? Was it just a nightmare? That is what we will see through out the 6 episodes in the series. Nagging doubt, disturbing thought, and nightmares…Kids shows can be fun, or can they? If you like to feel scred of the unknown, and you like psychological thrillers, this is the show for you!