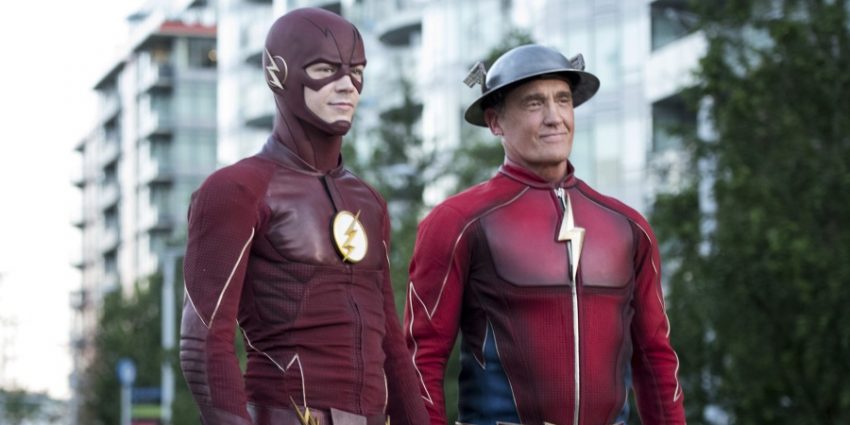 Things are back to normal…ish on this week’s episode! Barry spent most of it figuring what small (and large) things are different about the restored timeline. Turns out everyone has a little something that is wrong, and Barry just wants all to be right with the world again. Too bad that’s just not going to happen.

So, to start I’d like to try a little something new. Get ready for…

1. Barry runs to Felicity and basically tells her “Sh*t be wack, yo.”
2. Epidermal human husks. Ew.
3. Julian Albert is very British and very much hates Barry because trust issues!
4. The Wests are having Season Two drama all over again regarding Mama West
5. Dante’s dead and Cisco hates Barry for being a selfish a**hole
6. Caitlin has Killer Frost powers and no one knows it yet
7. Barry likes to run away from his problems
8. Earth-3 Flash has metaphorically replaced Barry’s father (and he’s played by the same actor!)
9. The Rival survived the Flashpoint reset and still has his memories – and Alchemy is his sidekick
10. Doctor Alchemy – turning normies into metas since 19-Flashpoint
11. Paradox of life. We all wish we knew then what we know now.
12. Everyone else seems to love Julian but I’m on Barry’s side. I think Julian is definitely Doctor Alchemy (proof to follow) 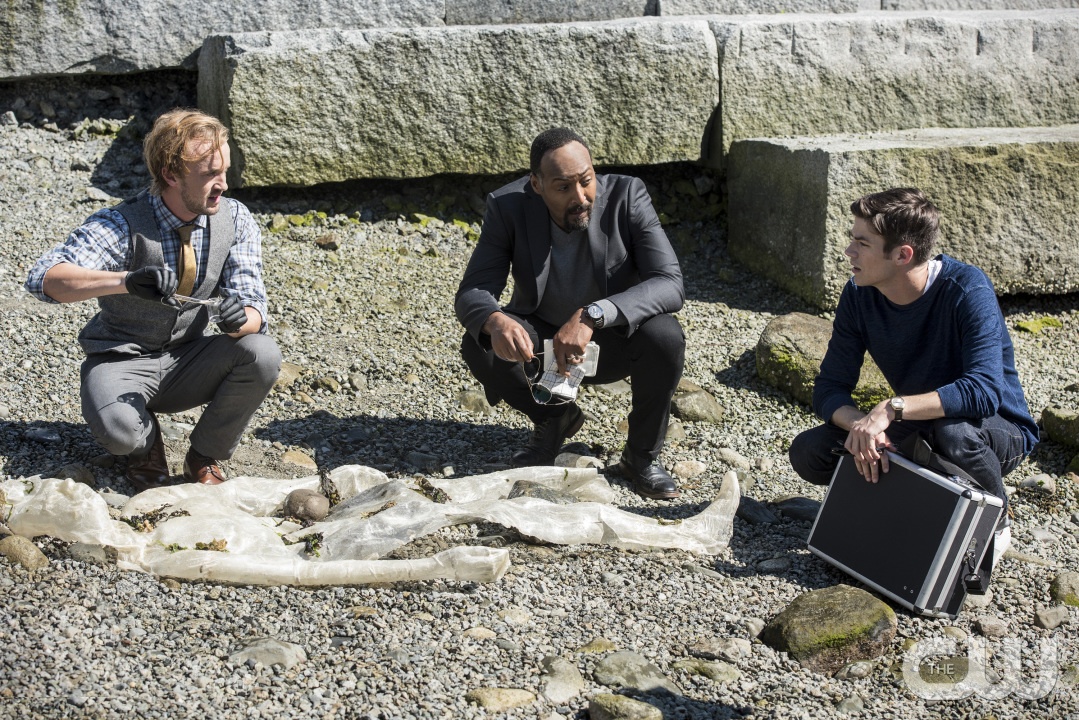 Still with me? I hope so because now we go into . .

A Character Study of Julian Albert

This week’s episode marked the long-awaited appearance of Tom Felton (best known for his role as Draco Malfoy) playing Julian Albert, Barry’s new CSI partner. He’s charming and professional on the surface, but his disdain for Barry is obvious. We learn later that he’s so hostile toward Barry is because he doesn’t trust him. That’s understandable since Barry is hiding a whopper of a secret. But what isn’t as understandable is why Barry dislikes him so much. Everyone else on Team Flash seems to either like him or feel neutral about him.

And that’s a big part of why I think he’s Doctor Alchemy. Heroes and villains can sometimes sense each other without even realizing it. Barry (this version of him, remembering Flashpoint and the time before it) has had zero interactions with Julian prior to this episode, and yet Joe and Iris assure him that he always says something like, “How have I worked with this guy?” That seems like instinctive dislike, not personal.

Another point to back up my argument: He has easy access to those husks, so he can do with them almost anything he pleases. Plus, investigating his own crimes is a pretty damn good cover story (it’s even been used on other shows).

But here’s where my theories get a little crazy… 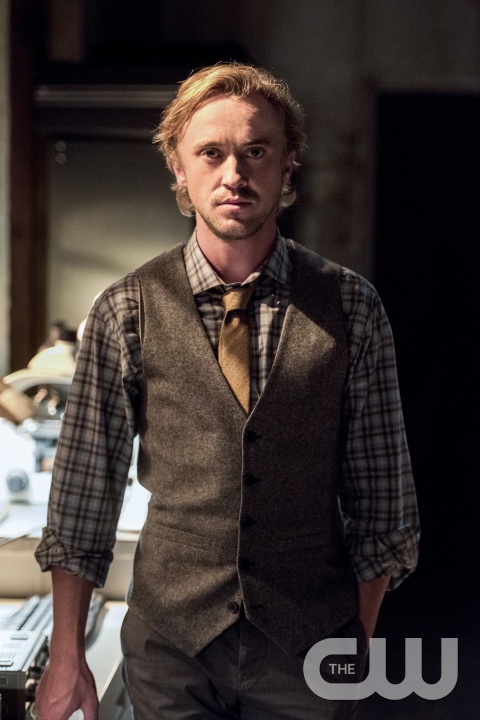 He played Draco Malfoy, so does that mean Barry is Harry Potter? [Source: The CW Network, LLC. All rights reserved]

Julian Albert is definitely Doctor Alchemy. Just look at his hair. There are three distinctive points. One at the part on his crown and the other two just below his ears. Illuminati confirmed.

But in all seriousness, this season is going to have some exciting and probably insane things coming our way. We’re already dealing with multiple worlds, multiple timelines, and multiple versions of the same character. It seems as though nothing is off the table.

For instance, Doctor Alchemy might not have actually killed Clariss for failing. Maybe it was a new version of the time wraith. Maybe Alchemy turned The Rival into a new kind of meta with one of his epidermal husk things. And for that matter, maybe Earth-3 Flash is really Henry Allen and the Henry Allen that Zoom killed is the real doppelgänger from another reality. Anything goes! 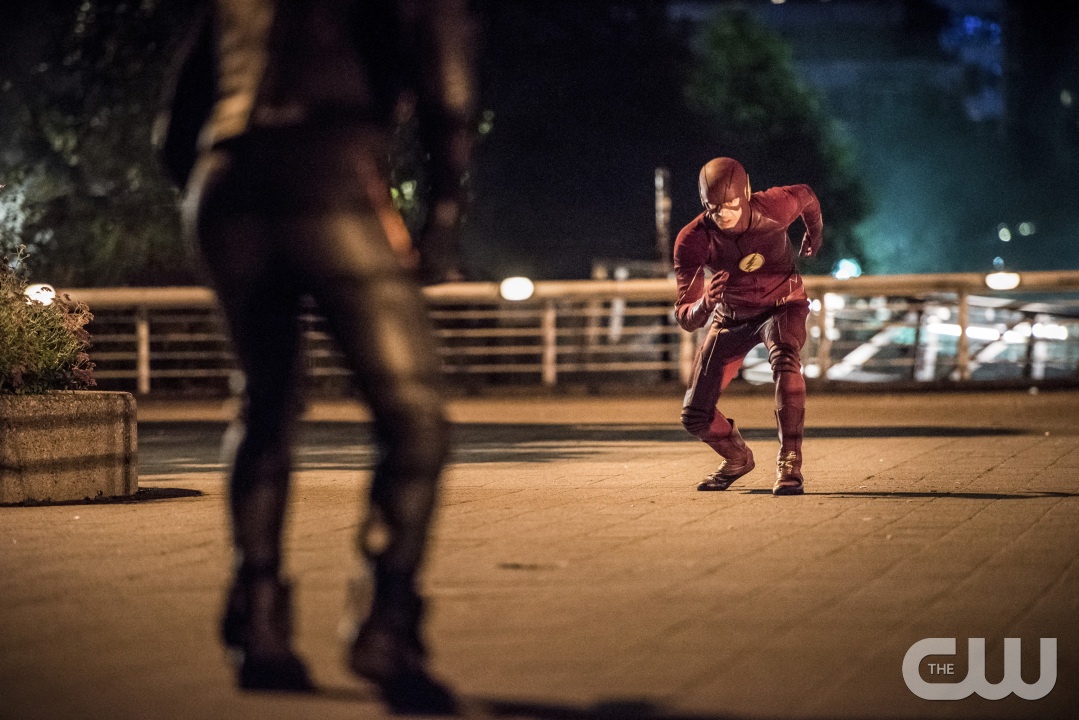 Maybe there’s a universe where Barry is singing, “But now God knows, anything goes!” [Source: The CW Network, LLC. All rights reserved]

Now that Team Flash knows Barry messed with the timeline, there are bound to be more repercussions and strains on the team’s relationships. There’s really no way to avoid it. With Jesse and Harry Wells coming back next week (I’m excited about that and hope you are too!), I’m very curious to find out if they are different as a result of Flashpoint as well. My theory is yes because A, Jesse is going to be a speedster and B, the idea is much more fun that way. Who knows, maybe post-Flashpoint Harry will have a wild, party animal side and finally stop whispering so much.

We got some great dialogue in this episode, so just enjoy:

Barry: “I’ve kissed Iris West twice, and I’ve managed to erase both times from existence.”
Felicity: “Man, I hate it when that happens.”

Barry: “Hey, I need your help.”
Julian: “It’s the four words I seem to hear you most often say, Barry. That and ‘I hate that guy.” Which the feeling is mutual, so…”
Barry: “Just for a second, I need you to imagine that we’re actually friends.”
Julian: “Can’t do it.”
Barry: “Friendly?”
Julian: “Equally as challenging, Barry.” 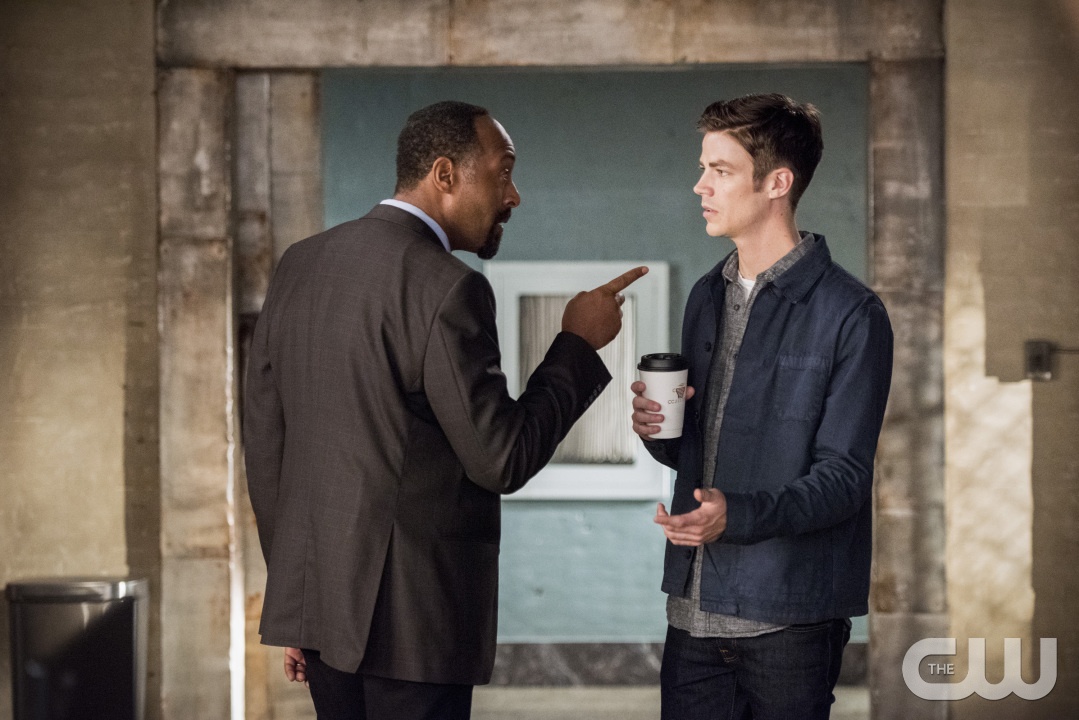 Jay (Earth-3 Flash) to Barry: “We’re not gods. We’re men who, for whatever reason, have been given extraordinary abilities. The quest you need to ask yourself is: what kind of hero are you going to be? Are you just going to take a do-over every time you make a mistake? Or will you live with them and move forward?”

Barry: “You have nothing to worry about, Cait. I think out of everyone actually you’re the only one that wasn’t really affected when I mseed with the timeline. I mean, unless you’re secretly moonlighting as an opthalmologist?”
Caitlin: “A what?”
Barry: “Kidding! Nothing. Just a Flashpoint joke.”

Barry: “How have I worked with this guy [Julian] for the past year?”
Joe: “Yeah, you say that all the time.”

Barry: “I think everyone that had powers in Flashpoint is going to get them back.”
*camera cuts to Wally*

Iris: “In my mind, wherever you go, you’ll always be Barry. And I’ll always be Iris. And we always find each other.”