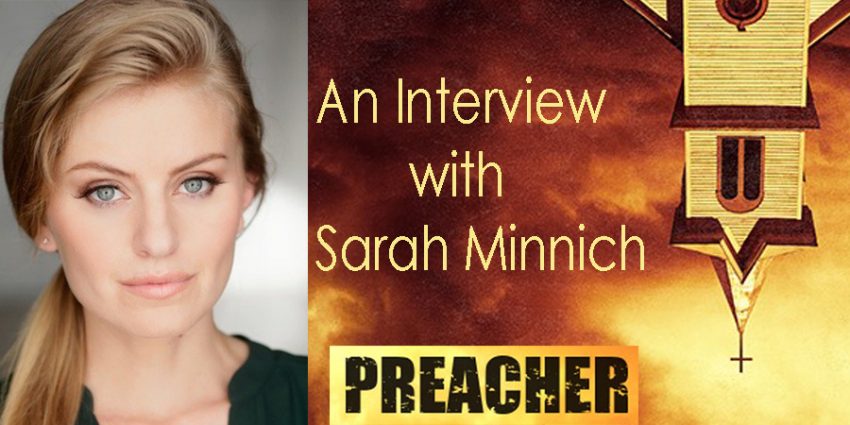 We were so glad to see you on Preacher! We really loved the first season of the show!
It’s been quite a hit, hasn’t it? I think it’s going to go great places.
When did you start your acting career?
Technically, I started acting in 2006. I did this little feature film called, Spring Break Massacre, and I had so much fun filming on location, that I was like, ‘alright, I’m addicted’. Then I went through a couple years of growth and issues with myself, and learning and growing, which we all do. Finally, I came out of that a few years later and in 2011, actually I moved to New Mexico and started acting again in 2011. It was kinda like a 5 year hiatus. I started acting again, and things have just picked up in the past 5 years. Actually I can finally feed myself with acting, which has always been a dream. So you can either say I started in 2006, or you can say I started in 2011. 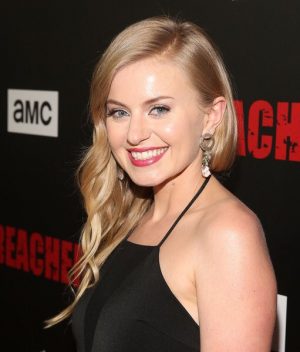 What got you interested in acting?
Oh boy! I’ve been in front of a camera since the day I came out of the womb, and I am not exaggerating in the least. My dad literally was in the delivery room with his camera, filming everything, and I have just always been in front of a camera. `I love being the center of attention, and I’m not one of those people that are like’ Oh I’m the best at everything, and I’m God’s gift to everything”, I don’t know why. I like it, I enjoy it. Then as I’ve grown, as I’ve acted, I started to change, no, develop my reasoning as to why I want to act. Now I have a pretty strong desire to gain influence, with the purpose of helping young women, and men, to sort of realize that when you make big life mistakes, it’s not over. Your life isn’t done, its not the end of the world, you can come back. Things will work out, you can still go to college  you can still pursue your dreams. That is sort of my story and that is why I want to be on the screen. I want to convey complex human emotions, and I want people to see something that they can relate to. Maybe to take that for use in their own lives.

The film is about a group of scientists, that end up going to Mars. A little into the future of course, the government tries to inhabit Mars. The whole purpose of their mission is, to set up a base and see what it would be like for people to live on Mars. All of a sudden, when they reach the point where they can’t turn around, they find out that their lead astronaut is pregnant. They end up landing on Mars, and she has to have the baby. In the birth of this child, because of the harsh environment, and the toll it takes on her body, the mother dies. This child is raised on Mars, as the only kid .He never gets to go to Earth until they all decide that there will be a mission to go back. This kid experiences Earth, and there is a love story involved, and I think its going to be an awesome film. I’m a major space fan, anything to do with space or aliens, anything to do with astrophysics or physics in general , I’m drawn to. 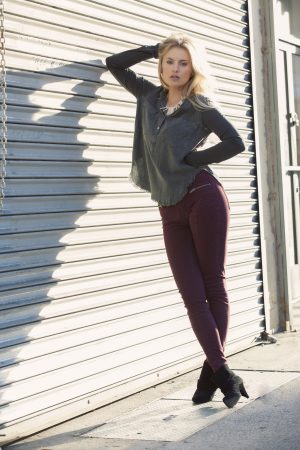 What project that you have worked on in the past, or are working on now, would be your favorite?

Ok, so there is a film coming out called Shot Caller, with Nikolaj Coster-Waldau, (who plays the Kingslayer on Game of Thrones). This is slated to be released later this year. In this movie I play a girl named Janey, and it’s one of my first supporting rolls on a bigger budget, feature film. I loved working on that film. I felt at home and that this, is what I am supposed to be doing. In that film, I actually have a nude scene, and it’s not huge. It’s a flash in, flash out kinda thing. It was somewhat intimidating. You go on set and you have ten or fifteen people in the room. You have cameras, directors, gaffers. Everybody is in there, and you’re in your birthday suit. But, when I went in there, people were so professional . They made me feel like, ‘you’re just doing your job girl, there’s nothing weird about this, there is nothing to be ashamed of’. Nikolai, is doing big stuff these days, and I remember in the scene, I am laying on a bed and I present myself to him. He comes out, and gives me the sign that he is not interested and I am embarrassed. I stand up and put my clothes back on, nothing too intense is happening there, but I did really expose myself. I remember I did the first take with Nikolai, and we finished the take and we stopped. He said ‘wow, wow’, and he wasn’t saying that because I looked good, he was saying it as he explained in few words, that “you look really young, but then you are really able to change it up”, like I was able to look very sexual in the initial part of the scene, but but then was able to change to this young innocent look. I think he was impressed by that and I was so honored, that this big , successful actor, was impressed by what I did. That was one of my favorite experiences, because as an actor, you always wonder if you are good enough, ‘am I doing what I should be doing’. When someone verifies you, and lets you know that what you are doing is right, and you are doing it well. He gave me that assurance that I was doing my job, and I loved that.

What would you say is your biggest passion?
There are a ton of things that I am passionate about. Sex worker rights, gender equality, I’m  passionate about alot of things. I will say, the one thing that is very crucial to my survival, and I’m saying this, not with a grain of salt, but very seriously, is exposure and immersion in nature. When I am not acting, I work as a nursery hand in a cactus and succulent nursery. One of the primary reasons I do that is, I need to keep touching, working with, and interacting with plants. All the time. In my house, we don’t kill bugs, we don’t kill anything. We are interested in working with nature. I believe if you are going to kill something, use it all .Don’t just kill it, to kill it . I’m very passionate about that, and its very important to me, to buy organic. To buy free range, to buy things that are not abusive to animals or nature or plants. I think that, that is everything. That is all we have in this world. I have plenty of respect for people that believe differently. Everybody can believe what they want and I respect that. I was raised by my father, who is a man that believes that all things are connected. He believes that nature is God. I don’t want to offend people with my viewpoint, but I really believe that a symbiotic, like in a mutually dependent relationship between animals and humans, and plants. It’s so important. That is one of the main things I stand for. An immersion in nature, is key and crucial to my survival. If you take  plants away from me, I think I would probably die. No plants, no color, no nature and no fresh air, I probably would just die. Nature is the main thing for me. 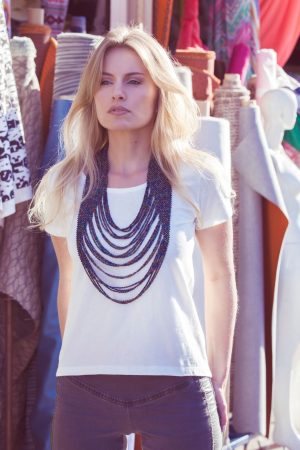 Is there anything else you want to tell the fans?

Only that you can find me on Instagram, Sarah.Minnich, and you can find me on Twitter @SarahAMinnich , and on my Facebook Fan Page or at IMBD , That’s always the best if you want to see what I am doing lately. I loved having the chance to talk to you all and I appreciate you asking such a broad array of questions. Thank you!

I want to sincerely thank Sarah for spending her free time answering all of our questions! She is so sweet to talk to and very refreshing! Look for Sarah in her upcoming films, “Priceless” coming out October 14th and “The Space Between Us” coming out December 21st, as well as her appearance in the new TV series GRAVES premiering October 16th on Epix. Here is an update on Sarah’s projects: Sarah was in the season 3 premiere of  “From Dusk Till Dawn”, a supernatural crime series following two outlaw brothers who head for Mexico after a bank robbery leaves several people dead. The show, which begun its third season on September 6, 2016, finds the brothers in the vortex of the culebra world, thrust into a fight against the forces of Hell. Sarah plays Florinda, who the brothers come across in the season premiere.  Florinda is an assistant turned assassin after she is possessed by the evil character, the Skullkeeper.