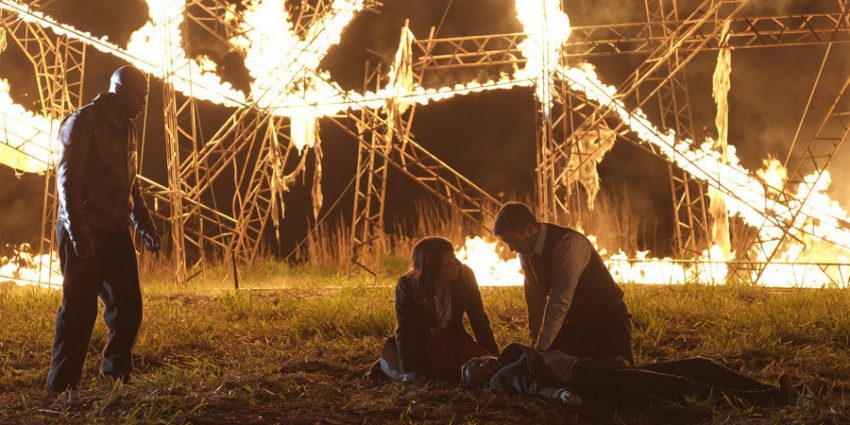 Timeless Series Premiere: Tune In or Tune Out?

Take a deep breath, hold on, and don’t puke in the time machine please.  That was what I walked away with after the series premiere of Timeless tonight.  The time travel series by Eric Kripke and Shawn Ryan exploded onto NBC Monday night in a fast paced, action filled episode that left the audience walking away with more questions than details.

The first scene opens with the last moments of the Hindenburg – the ultimate example of static electricity being a killer.  It cuts into meeting Lucy Preston (Abigail Spencer) at her classroom lecture where she is delivered bad news, only to return home to her sick mother, exchange a few words with her sister and then whisked away by Homeland Security.

Keeping up? Good, because in the first 15 minutes you’re introduced to all the characters – through a terrorist attack and the aftermath – get the short. short version of why the main trio are put on the mission, and then tossed back in time in a time machine that could be a cousin of the Millennium Falcon.  Timeless feels rushed, especially when theoretically their current timeline – even if the past is change by Garcia Flynn (Coran Visnjic) – would continue to exist in a paradox. As a separate reality with the same origin point, they would still exist and be able to go back at their own leisure. The fast pacing does bring the urgency to the story, but it leaves you feeling breathless as there is no real downtime to sit back and analyze.

The thing I love about Kripke as a writer is the moments that get slid in between the action scenes.  In Timeless, some of them involve escaping prison using the underwire of a bra, Wyatt Logan (Matt Lanter) and his cracks about how no matter when “Jersey is still Jersey” or that he is Buck Rodgers, and really every line that comes out of Rufus Carlin’s (Malcolm Barrett) mouth is just perfect.

One of the biggest challenges this team, thrown together and into a time machine without any real prep or team building exercises, is making sure that they don’t do anything to change history.

Let’s just say they gave it a good try? 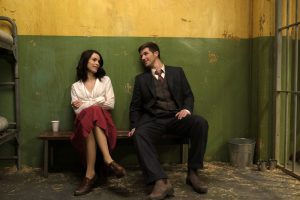 Wyatt makes the first blunder in trying to save Kate Drummond (Shantel VanSanten) from what is her “historic” death scene (FYI – she is not real in the actual Hindenburg disaster). She does, however, have her day after the Hindenburg goes down in the episode, which brings up the theme of escaping fate/destiny.

Lucy and Rufus have less of an impact in their actions trying to land the Hindenburg, but the group “Anarchist Black Cross” that they use as a cover now has been blamed for bombing the Hindenburg when they return back to their time.

Oh yes – they get to go back and see just what has changed due to how Flynn and they changed history.  The Hindenburg disaster history has been rewritten in the people’s minds back home – a fact the government agents are not happy to learn.  Lucy, however, bears the biggest change in that while her mother is no longer sick, and she is now engaged – her sister Amy no longer exists.

There are a lot of story points that are dropped in with no explanation to make the audience double-take and wanting to know more: why were these people chosen specifically? How did Flynn get this book that is in Lucy’s handwriting and she doesn’t remember writing (and will she even write it now)? Why did Connor Mason (Peterson Joseph) send Rufus on this mission and why did he want it all audio recorded? What is Rittenhouse?  And how in the world is Lucy going to get her sister back?

Timeless is intriguing enough that I want to know more, and I’m willing to give it a few episodes to start panning out.  I don’t believe that it can maintain this pace in every episode without taking time to lay some actual exposition and give the audience a chance to connect with the main leads. So for now, I’m voting that you TUNE IN and give this genre show a watch. If it is able to stick around through mid-season, it should open up and start giving the answers back that we’re looking for.

I’m curious about what you thought. Comment below with your favorite moments, what you thought, what you liked and didn’t like.  We can also continue to count the Supernatural references slipped into the show.  I’m currently up to three: Rufus, Wyatt’s dead wife’s name is Jessica, and the signage of the bar in Jersey was “Harvelle’s” – let me know if I missed any.

Next week’s Timeless is going to be chasing Flynn back to April 15, 1865 and the Assassination of President Lincoln.  Have a nice teaser photo to hold you over until next week! 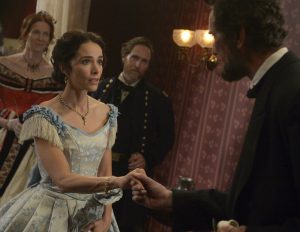