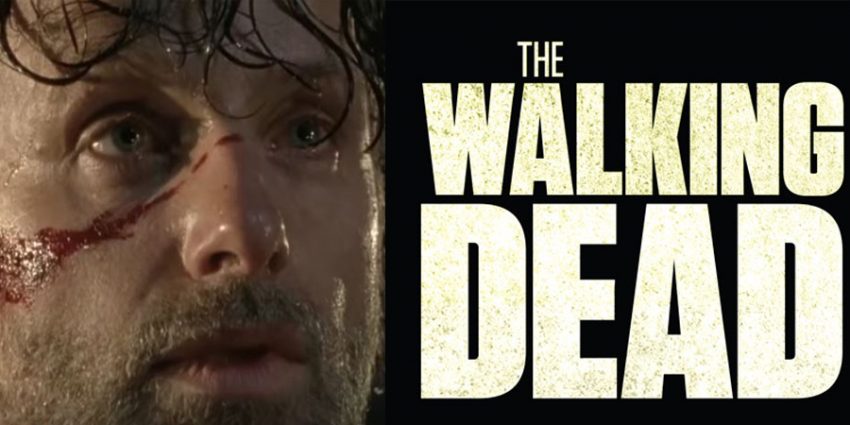 Yesterday marked a big event for any fans of The Walking Dead! AMC released a new trailer for episode 1 of Season 7. It features Rick and Negan, and a pile of mush, that used to be the head of one of our beloved characters! Already ‘Right Hand Man’, has caused mass theories and speculation as to who got the bat. (Don’t ask me, but I already know.) The internet has been crazed since the sneak peek release, and people are freezing the video, copy and pasting and cutting and saving it to shreds! It is kind of hilarious to see all the strange things that people are picking out of the video. They are seeing a body, they are thinking it is Daryl, but it’s just a blanket lying on the ground. Some are seeing what they think is a wedding ring, so therefore they believe it was Maggie that got the bat. Yet others are sticking with Glenn as the victim, because of the comic. Yet others are seeing Abe’s mashed face, somewhere in that pulp of yuck. 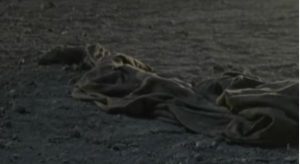 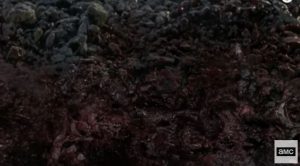 So our beloved Rick shows some inner strength,while still on his knees, to Negan in the trailer. “I’m gonna kill you, not today, not tomorrow, but I’m gonna kill you”. The strength he shows in that statement, shows us all we need to know about Rick. He is down and beaten and broken, but he will survive. The group will survive. It may not be for awhile, but we will see happiness again. 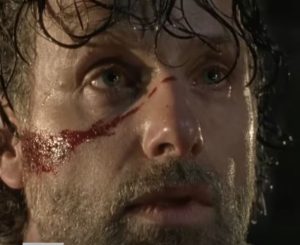 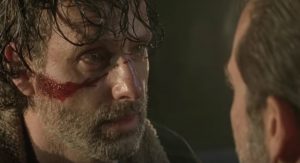 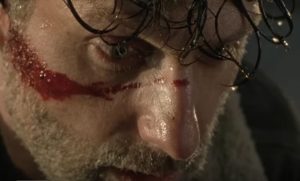 The Walking Dead groups on Facebook, are having a field day with this one. There are arguments, bullying and mass hysteria on some of these pages right now. People are getting banned from some of these groups for their heated arguments over the video! Come on people, it’s a TV show for crying out loud! I too, am very passionate about this show, it is my favorite of all time, but there is a limit. I am sure amid all the “spoilers’ and speculation of who the Lucille victim(s) is,(or are), AMC is probably relishing the fact that this show has caused so much talk! They wanted us to talk and talk we are!