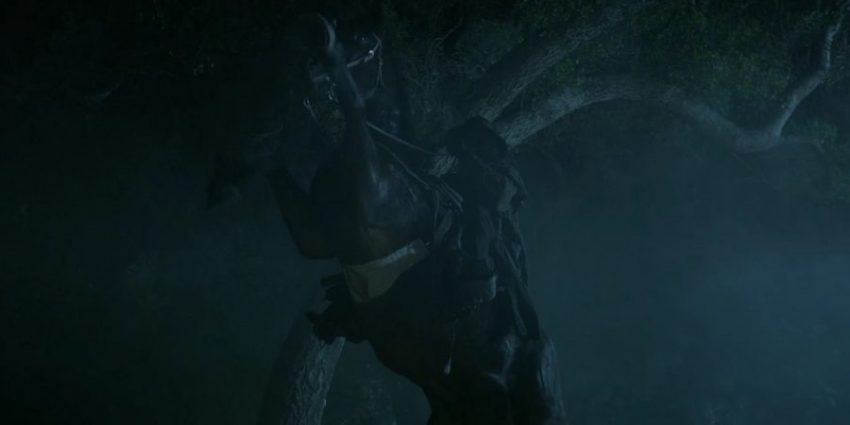 Teen Wolf will air its third episode of season 6 titled “Sundowning” on Tuesday, November 29th.  The description of this episode on MTV.com is as follows:

While Scott, Lydia and Malia search for Stiles, Liam and the others throw a party to keep a friend safe from the Ghost Riders.

So pretty much the Liam and the sophomore half of the pack are going to be protecting someone named Gwen from the Ghost Riders.  To do this… they take her clubbing?  Teenagers, man – really?  Like that is going to work.  Didn’t the senior half of the pack tell you about the time that the Oni attacked them at a glow light party?  Or Jackson going all kanima and killing someone at a “secret” rave?  Yeah, any place with UV lights are so not safe from the supernatural, kids.

You really need to get the claw keys to the Hale vault – if you can get into it, that is.  I mean, after the Beacon Hills HS brick sign was tossed into the school, didn’t that like open up the vault to everyone and their mother?  I hope someone remembered to lock the gate at the bottom of the stairs to prevent looting.

And of course, when there are missing people by supernatural horsemen, best to report it to the local Sheriff, right?  Because none of you realize it’s his kid missing at this point – and do NONE of you realize that Claudia is back from the grave?  I’m so curious how her story has been rewritten back into the lives of everyone in Beacon Hills.

So from this sneak peek, we get a bit more from the next week promo.  We learn that Stiles took his nickname from his paternal grandfather, Elias Stilinski, who went by Stiles.  He was in the army during the war (which one – I’m willing to bet World War II).  Said grandfather is still alive, in a nursing home 3 towns over from Beacon Hills.  We also learn that the Sheriff (and probably Stiles) hasn’t visited him in years.  Now, of course this is in the same reality as the world without Stiles and with Claudia so we can’t take for granted that he is alive in the reality in which Stiles exists in.

Does this mean we’re going to see more of Stiles’ family come into play.  I mean, we have gotten a small idea about the family tree of the Hales, Argents, and Martins from the seasons as that member of the family became relevant to the story arc of the whole season.  How does Elias Stilinski fit into all this?

Perhaps Elias and our friendly neighborhood Nazi Werewolf have a connection?

Plus, also Scott – you’ve probably got all these memories of sleeping over at the Sheriff’s place and no idea why.  I really hope you put two and two together on that and the piece we’re not seeing in the videos is to next tell the Sheriff, “Oh, and half my childhood memories take place up in your spare bedroom.  What’s that all about?”

And let’s not forget Lydia who is now seeing people as well as hearing things.  Now that you have a second train related clue, can you please go look at the suddenly relevant abandoned train station Beacon Hills apparently has?  And take Corey with you.  Just saying. 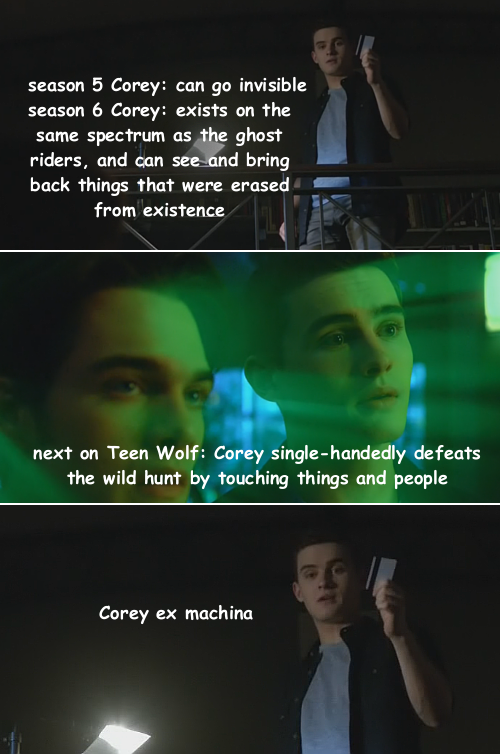 Meanwhile, on things that I’m still waiting to see happen:

That’s all I’ve got.  Make sure you refresh yourself on what happened last week with my previous review (or for a more sarcastic take, check out “Marty Watches Teen Wolf” ‘s review on Tumblr).

And if you have a Teen Wolf fan that you are shopping for this holiday season – or you are the fan and need to give people ideas on what to get you – don’t forget we have a handy gift guide to help select the perfect gift.

Hit me up on Twitter at @aliskyrichards and on @ThreeIfBySpace as I live tweet the East Coast airing of Teen Wolf “Sundowning”.  And as always, remember to subscribe to the site to keep up on all the latest Teen Wolf news as I hear about it.