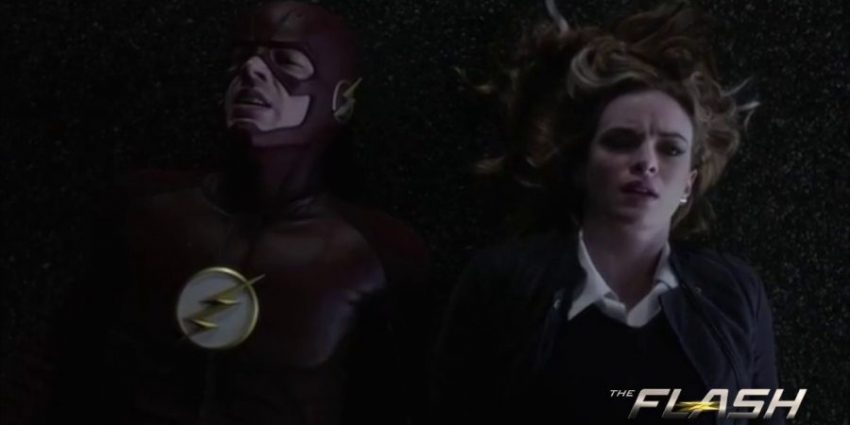 The Flash: 307 Review – Character Studies, Quotes, and Things to Be Thankful For

She’s a killer queeeeen . . . with ice powers. This week’s episode focused mostly on Caitlin and her problems keeping that evil alter-ego of hers in check. Toss in some Wally West hatching into a beautiful speed butterfly and that pretty much covers “Killer Frost.” That’s it, review over.

Nah, we’ll dive into the details like normal. Let’s start with the . . . 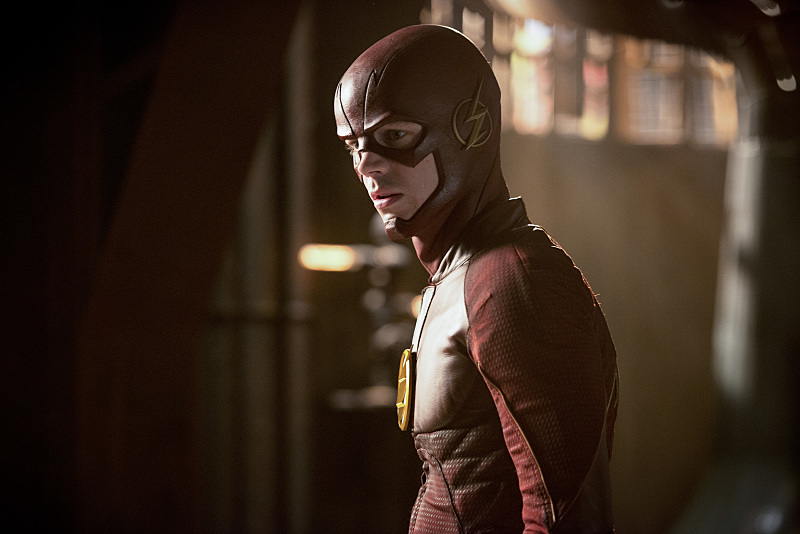 Grant Gustin as The Flash [Source: The CW Network, LLC.]

This episode kicked off with Savitar kicking Barry’s butt, which struck me with a strong sense of deja vu. Hasn’t Barry spent most of his time as The Flash facing off against speedsters who outpace him? Savitar is apparently the next evil speedster in line to offer Barry a chance to find some way to go faster, always faster. Savitar is our Season 3 big bad, but he’s taken his time in making that apparent. Alchemy is just a pawn in Savitar’s plan to do . . . something. I’m a little unclear on what his endgame is other than be unleashed on the world. Does he want chaos? Global domination? Women? Men?

Savitar’s appearance is very intimidating, but I can’t help think he looks like a robot or cyborg. A really fast robot. He claims to be the God of Speed, which I think is a pretty arrogant thing to say (whether it’s true or not). We’ll have to wait a bit to see what it is he really wants, but with the show’s track record, it’ll probably be something along the lines of “get fast, take over.” Unfortunately, The Flash is falling into a trap that a lot of TV shows do: up the ante every season to the point that our protagonist(s) is duking it out with god-like foes. Savitar is already claiming to be a god. I’ll hold off on judgment until we know more about Savitar, but I’m a little worried he won’t be a great Big Bad. 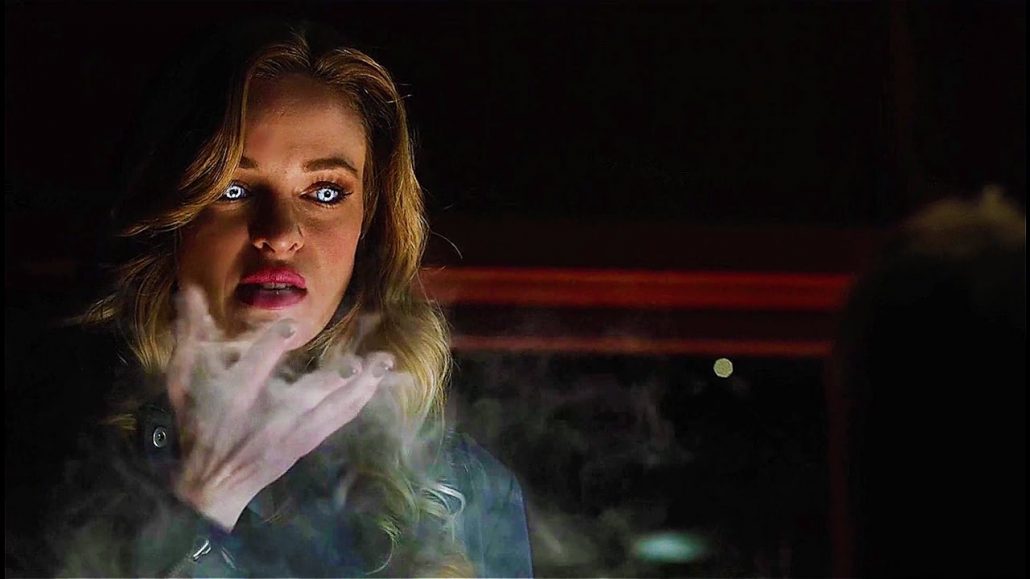 We’ve seen Killer Frost before, but her role this time was much more than just a “villain of the week.” She’s still Caitlin Snow, only warped by her powers into . . . well, not a villain, but certainly someone who wants to raise some hell. What she effectively did was drive a chilly wedge between the core members of Team Flash. Killer Frost was cunning because she knows exactly what Caitlin know,s, and she knows about Barry’s turmoil over Flashpoint.

In reality, this section is a study of all three of the core Team Flash members. Barry, Cisco, and Caitlin were all involved in some heavy drama this week. Caitlin’s reveal that Barry was pretty much the reason Dante’s dead caused a lot of damage to Barry and Cisco’s relationship. In fact, I’m not sure if they’ll ever truly be friends again. At least, not in the way they were before. Not only did Killer Frost permanently change Cisco and Barry’s relationship, but also Barry and Caitlin’s relationship. And oh, the scenes this week were intense. The actors really sank their teeth into the material and it was a painful pleasure to watch. It was all so sad, but so compelling to watch. 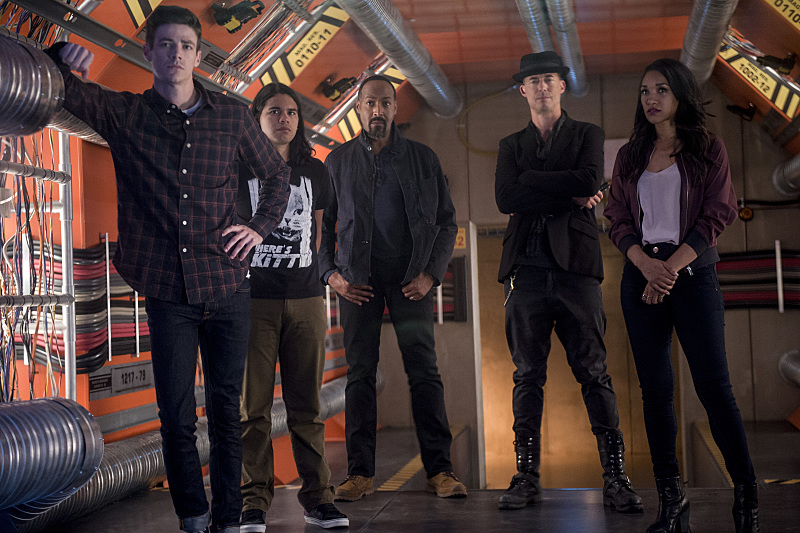 What To Be Thankful For

It is Thanksgiving, so let’s take a moment to list a few things to be thankful for in regards to The Flash. First, Kevin Smith. He directed this episode and once again brought us character-driven material that was compelling and game-changing. Second, the actors. The entire cast is a joy to watch and so talented. I may not love all of the material they’re given, but they always seem to bring their A-game no matter what. Third, The Flash‘s great track record. In general, the show runners have given us wonderful episodes to enjoy and for me to pick apart. I’m thankful for that and the other things (awesome source material, epic crossover episodes, etc.) that make this show great.

I’m going to wrap things up here and go back for another helping of Thanksgiving dinner. The episode was enjoyable and even though the action scenes weren’t terribly memorable, the character drama certainly was. I’m excited to see how Team Flash’s dynamics will change in the wake of Killer Frost’s damage. Now enjoy a few quotes from “Killer Frost”! 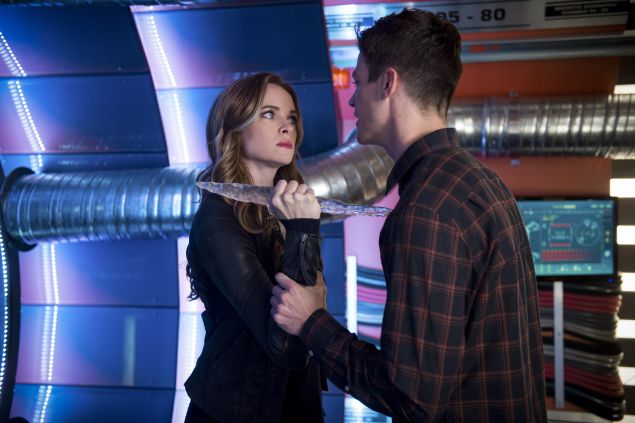 Killer Frost: “What part of ‘I’ll freeze you to death’ did you not understand?”

Iris: “I know you don’t want to be the leader right now, but you have to be.”

Savitar: “Only together can we bring about my return. Become my servant once more. Become Alchemy.”

What did you think of the episode? Share your thoughts in the comments.