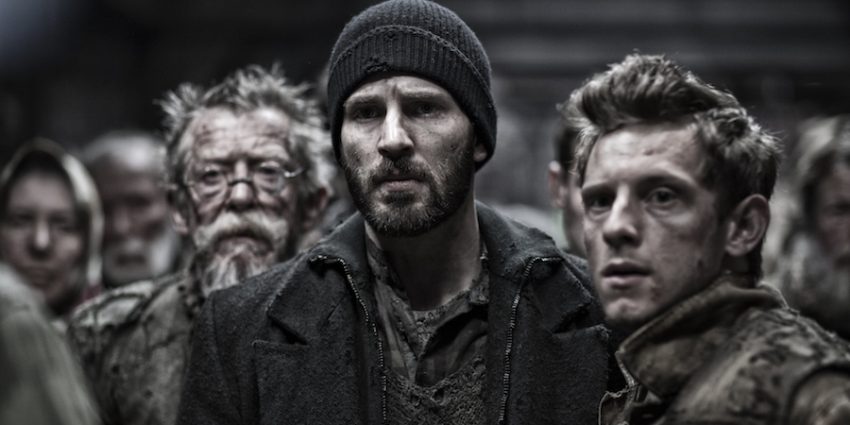 Adaptation of Snowpiercer to be Executive-Produced by
Writer/Showrunner Josh Friedman; Bong Joon Ho of the Original Film;
and Marty Adelstein and Becky Clements of Tomorrow Studios

Snowpiercer is set seven years after the world has become a frozen wasteland, and the remnants of humanity inhabit a gigantic, perpetually moving train that circles the globe. Class warfare, social injustice and the politics of survival are questioned in this riveting television adaptation.

“Snowpiercer has one of the most original concepts to hit the screen in the last decade, and it’s one that offers numerous opportunities for deeper exploration in a series format,” said Sarah Aubrey, executive vice president of original programming for TNT. “We look forward to expanding TNT’s relationship with Tomorrow Studios and their take on a world where humanity is pushed to the extreme.”

“TNT has become a great producing partner to Tomorrow Studios and we are excited to continue our relationship with them on Snowpiercer, for which we not only have a pilot but are writing multiple scripts,” added Adelstein, CEO of Tomorrow Studios. “This is an incredibly powerful story and one for which finding the perfect home was imperative to its success.”

Snowpiercer marks TNT’s third project with Tomorrow Studios’ Adelstein and Clements. TNT recently premiered the seductive drama Good Behavior, starring Downton Abbey‘s Michelle Dockery in a no-holds-barred performance as a complicated woman trying to regain her life. Last month, TNT ordered a pilot for the vampire thriller Let the Right One In, based on the best-selling novel by Swedish author John Ajvide, which is also a co-production from Turner’s Studio T and Tomorrow Studios.