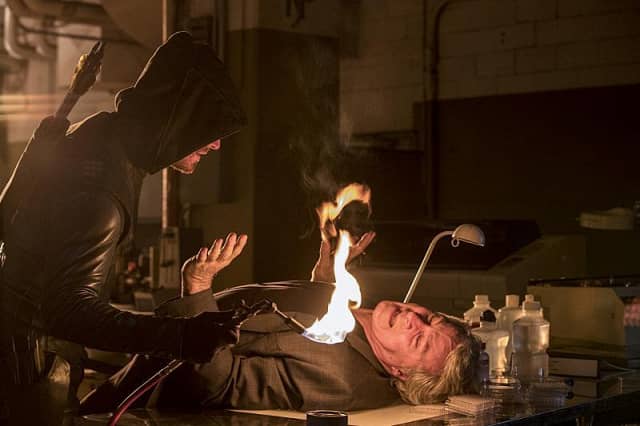 By: Alisha Bjorklund
Arrow arrow season 5 prometheus What We Leave Behind

Every year, Arrow shocks us with a big mid-season finale. This year was no different! I was left at the end of this episode audibly exclaiming, “What? What? WHAT?” It was a pretty big twist, after all, but my dismay was fueled by both shock and outrage. Why? Well, I think it’s easier to just jump into the recap. You know the drill by now. 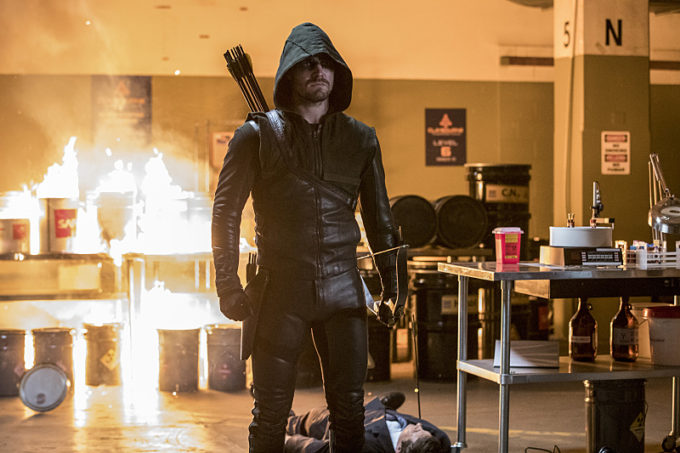 How is Laurel Lance back? Good question. I have mixed feelings on seeing her in the present, and I can’t even be sure if she’s actually there or some figment of Oliver’s imagination. It wouldn’t be the first time he hallucinated her! Laurel’s departure from the show was met with strong emotions from everyone (both for and against her) and, for what it’s worth, her tribute episode was better than I expected. But having Laurel return seems to dishonor that a little. Laurel’s death was understood to be permanent. We’d already been told the magic hot tub was gone. Death would have meaning again. But, surprise, surprise, a superhero show can’t seem to keep a character dead.

So here are some speculations on Laurel’s unexpected return:

If I’m being honest, none of these sound like a justified reason to have Laurel return. As I’ve said in previous reviews, I was disappointed with Laurel’s general treatment as an Arrow character. She deserved better. Is this the better that Arrow is trying to give her? I’m a bit worried it’ll make things worse. But I think we can agree that the shock value paid off for this cliffhanger. 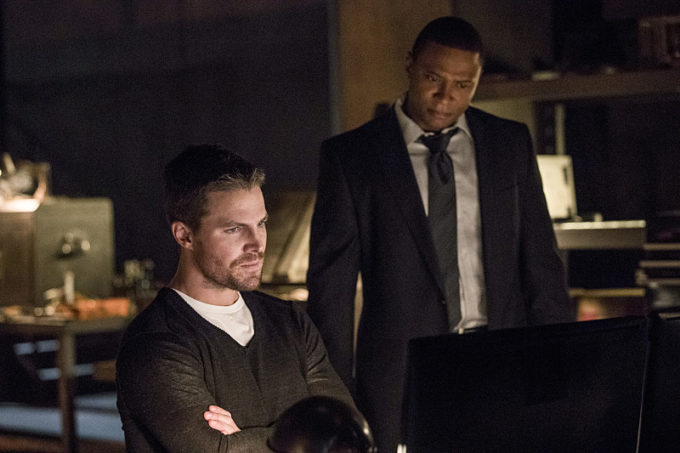 The second biggest shock of the episode was watching Oliver unknowingly kill Felicity’s boyfriend. Prometheus is indeed clever and managed to outsmart our broody hero, giving him something new to angst about. It was extremely hard to watch the scene of him back at the Arrow Cave, admitting that he murdered his ex-fiancée’s boyfriend. We have to take a moment to let that sink in. Oliver killed Felicity’s beau, a man she very nearly admitted to loving at the holiday party. His guilt will linger for a long, long time, and it will have heavy repercussions on his relationship with Felicity.

Even though Felicity said she blamed Prometheus for Billy’s death, there will be a part of her that blames Oliver; a part of her that will probably never forgive him. I know that many people are still rooting for Oliver and Felicity to get together in the end, and maybe they will. But having to come back from something like this . . . I don’t know if they can. For the foreseeable future, I think they’ll have to live with an aching chasm between them. 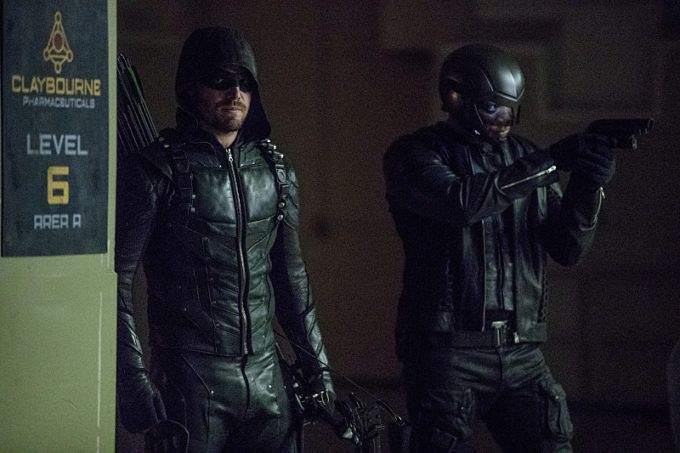 First things first: How did Prometheus know how to stage the entire scene from when Oliver killed his father (and the other men)? Did he have access to the security footage and the police evidence? I guess when you have four years to plot your revenge, you go all out on the plan.

And that’s a big part of what defines Prometheus: he’s been on a mission to honor his father for years and focused on, probably, little to nothing else. In that way, he’s a lot like Oliver (who also started out on his mission to honor his father). If Oliver hadn’t let a team of good people build up around him, maybe he would have ended up just like Prometheus: determined to kill and make those who wronged him suffer.

I was hesitant to see Prometheus as a good villain before, but I’m changing my mind on that because his involvement in the plot has allowed the show to bring back nods and characters from the early days of Arrow. This alone has been good for the show, and Prometheus is making Oliver feel the repercussions of his Hood days (more so than he has in previous seasons). That is in line with how gritty and angst-ridden this show is, and that’s not a bad thing. Fans of this show want that again, and it makes Prometheus stand out despite him being another archery-based baddie. 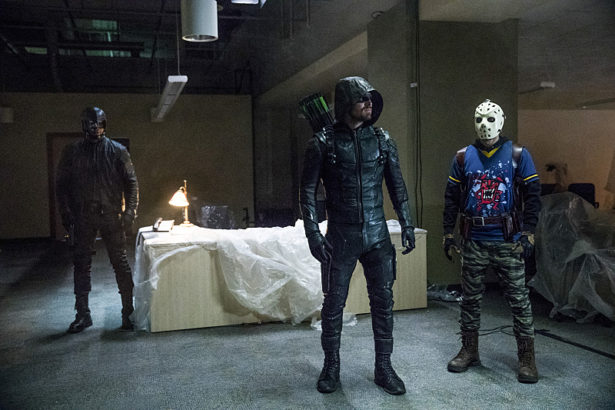 This was a gut-wrenching, surprise-filled episode with high stakes and good pacing. If there’s one thing Arrow does right, it seems to be mid-season finales. And in the wake of last week’s super emotional 100th episode, this show sure seems to be on a roll lately. I hope it can keep it up because I’m thoroughly enjoying it (even if the emotional toll is hard to take). I’m incredibly intrigued on what they plan to do with Laurel’s return, as well as how the team will manage in the wake of Billy’s death and Evelyn’s betrayal. What did you think of the episode? Share your thoughts in the comments and enjoy some quotes from “What We Leave Behind”.

Oliver: “Why?”
Artemis: “Because you’re a fraud. This city needs to be saved FROM you.”

Thea: “I thought we decided not to talk about aliens.”

Felicity: “I can’t believe this is happening.”
Billy: “Can’t you? You think I haven’t noticed that the tall guy in the black mask rollin’ with the Green Arrow was Curtis?”

Rory: “Were you even listening to the rules?”
Rene: “I don’t like listening. Or rules.”

Prometheus: “You haven’t been listening. I’m not going to kill him. I’m going to make him wish he was dead.”

Thea: “There are two types of every legacy; two version of what we leave behind. There’s the good and the bad. You just really have a focus on the really bad.”

Felicity: “Where is Billy?”
Oliver: “I killed Billy.”

Like what you see so far? Follow @ThreeIfBySpace or me, @alishabmarie on Twitter to keep the discussion going. Subscribe to the blog so that you are always on top of The Flash news, as well as your other favorite genre series!