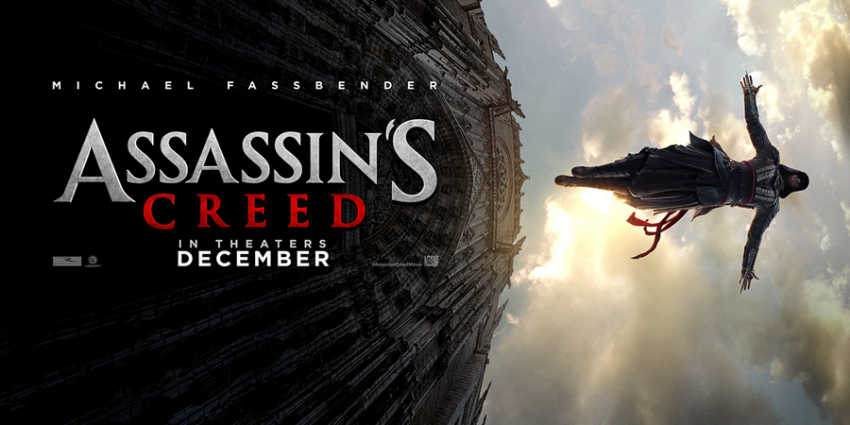 As a public service, the following review may contain some spoilers.

I suppose it was inevitable that there would be an Assassin’s Creed movie. After approximately 97 iterations of the video game series and no small share of love from the fan community, it was bound to happen. It’s just a shame that the scriptwriting duties were given to someone who only played the first game, apparently, then just sort of read about all the others.

The only way I can make sense of the unrepentant bastardization of the Assassin’s Creed franchise that is this movie is to say that they must have been trying to make a prequel story, and at the same time take the story in a different direction than it followed in the games. There is some evidence for this, primarily in the film version of the Animus, the device used by the Abstergo organization to make living subjects interact with their genetic memories. In the games, the Animus is a high-tech bed: the subject lies down, the operator does some stuff, and things are underway. In the movie, the Animus looks like a carnival ride designed by the machines from The Matrix, all needles and robot arms and bright lights. There’s some suggestion that this story takes place before the events of the first Assassin’s Creed game, since the Templars are still looking for the artifact known as the Apple of Eden, and one of the characters is pointed out as the inventor of the Animus technology. This suggests that the system we’re seeing is a prototype of some kind, but it still feels like a mindless, excessive Hollywood overhaul of an established plot device.

The plot, such as there is one, involves a man named Cal, captured by Abstergo and forced into the Animus because, as usual, he’s descended from an Assassin. And not just any Assassin, but the one who can lead them to the location of the Apple of Eden. The genetic memories that Cal will enter take him back to 1492, and a generic period of the Spanish Inquisition under Torquemada. And that’s pretty much the whole story of the film. There are some shout-outs to game details for the fans, such as the Bleeding Effect and Sychronization. Even the Leap of Faith gets mentioned by name in a particularly dumb moment.

The story is stubbornly kept at the “Assassins good, Templar bad,” level. The amount of time spend in Cal’s genetic memory is kept to a strict minimum, which saved the scriptwriters from having to do any of that tedious historical research that makes the story of any given Assassin’s Creed game so captivating. Many of the events in the film happen for no discernible reason whatsoever. Oh, and we learn towards the end of the movie that the Assassins share a psychic link now, for some reason.

Pay close enough attention and you can almost spot the moments when the movie stops trying to carry the viewers who are unfamiliar with the games and just focuses on the fans. And then later, gives up on the fans and just focuses on getting the whole shoddy affair over with. Apart from the hoods, and the inclusion of that line about working in the dark to serve the light, the link between this movie and established story canon is tenuous at best. If you want Assassin’s Creed, stick to playing the games for now. Bugs and all, they’re still a more faithful experience than this lazily constructed abortion. This will likely confuse viewers, and infuriate series fans. I for one can’t wait until the Honest Trailers guy gets a hold of this one. He’s going to have a field day.