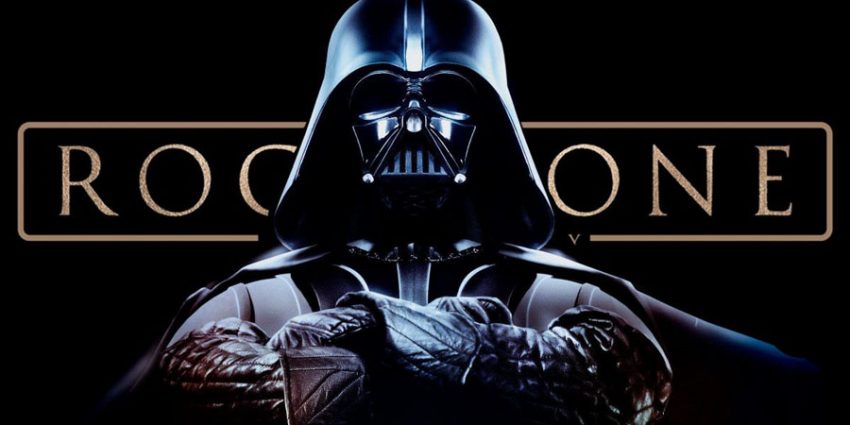 The following review contains no spoilers.

Dear Santa, I thought, as I eased my bulk into a theater seat and prepared to watch Rogue One, Disney’s latest addition to the Star Wars saga. Please let this one be better than Episode Seven.

Well, I must have been a good boy this year, because Christmas came early. Rogue One doesn’t suck.

For those of you who’ve managed to avoid the near-constant internet buzz surrounding this movie over the past year, Rogue One is the story of how the plans for the Death Star were secured by the Rebellion, thus making the events of Episode Four possible and basically setting the entire Star Wars universe in motion. The story is another one of an ordinary person, Jyn Erso (Felicity Jones), who will come to play a significant role in the course of the Rebellion. If you’re even a casual Star Wars fan, you know how this story ends, so you’re watching this one to see it play out, more than anything.

The story plays out kind of slowly. Even during moments of intense action, up to and including the film’s climax, the pacing never quite seems to get above second gear. This isn’t necessarily a bad thing, as Rogue One brings all the power of its fully-operational post-production unit to bear on making the special effects look as good as they possibly can. And they look very good indeed, so the slower pace allows time to enjoy them.

The characters are hit or miss. Some hits include bringing back Jimmy Smits and Genevieve O’Reilly to reprise their roles from the Prequel Trilogy as Bail Organa and Rebellion leader Mon Mothma, respectively. The debate over the prequels aside, points are due for continuity. I also got a kick out of Donnie Yen as Chirrut Imwe, a blind man with a devout faith in the Force and some crazy combat skill, Jedi or not. And whether he is a Jedi or just extremely lucky is left open for debate.

The misses, meanwhile, are unfortunate but grudgingly forgivable, because they come so close to the mark. First is Darth Vader. Yes, Vader does make a small appearance in this movie, but he’ll remind you why he’s one of the most iconic villains in movie history before the end. If that final appearance he makes doesn’t do it for you, nothing ever will. With that said, though: what in the hell is going on with his neck? 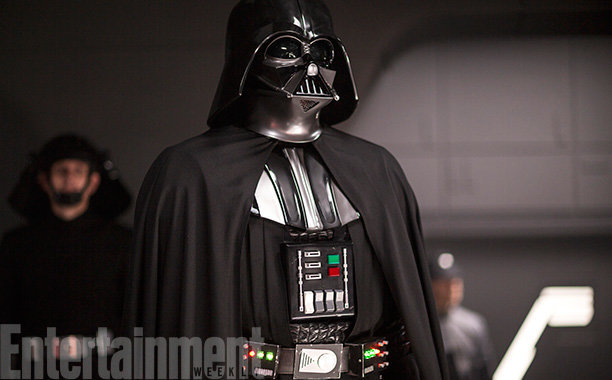 I don’t know if you can see it in that picture (it was the best example I could find), but that mask makes Vader’s neck look almost as wide as his head. I hope it was a design sacrifice made in the name of comfort for the two actors who share the physical role of the Sith Lord (James Earl Jones is again credited as providing the voice, though it didn’t sound like him to me). Because it just looks wrong.

The final two misses come in the form of two returning classic characters, Grand Moff Tarkin, and Princess Leia, the latter making a cameo at the very end. In both cases, the actors playing the characters are given CGI faces to make them look like their Original Trilogy counterparts, the late Peter Cushing and the seasoned Carrie Fisher, respectively. Credit where it’s due, these are some of the better-looking CGI masks I’ve seen. The technique has advanced considerably since the days of young Jeff Bridges in Tron: Legacy. But it’s the mouth that gives it away both times. The movements of their mouths are just a little too fluid to look entirely natural, and once you notice it, you can’t stop noticing it.

Rogue One‘s story is also improved by its managing not to fall into the old prequel trap of heavily alluding to the events that the audience knows are coming later. Which isn’t to say the film doesn’t have enough easter eggs to fill a Star Destroyer. It absolutely does, starting with the return of the blue milk during the prologue and going on from there. Keen-eyed Star Wars fans won’t want for references, sight gags, or little details to pick out that were worked in for series faithful.

Unfortunately, the story does do some retconning of the Star Wars universe, mainly by adding new vehicles to the Rebel and Imperial arsenals that don’t appear in the original trilogy. By necessity, new characters are also introduced; my problem with that is the too-tidy way these characters’ stories are closed at the end.

So long as you’re okay with an action movie that doesn’t try to bring you to the edge of your seat, and a few moments of corny dialogue, Rogue One is the Star Wars movie you’ve been waiting for. After decades of lame spinoffs, kiddie-fied cartoon adaptations, debatable prequels and one new installment that thought it was adapting a YA novel, we finally have a Star Wars movie worth watching. I feel a new hope for the series’ future.

Rogue One: A Star Wars Story is rated PG-13 for extended sequences of sci-fi violence and action