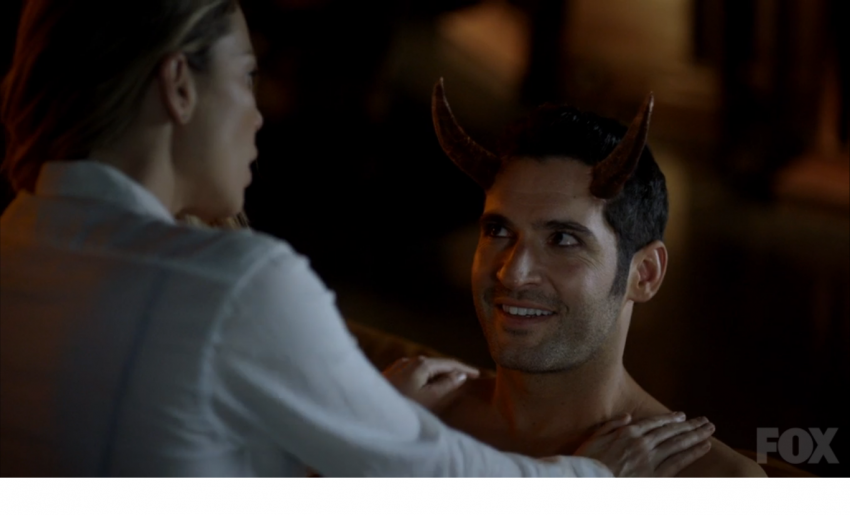 Lucifer Season 2 – Chloe is a Miracle!

Chloe is a miracle!  We finally know why she’s immune to Lucifer’s charms.  We are slowly learning what this means to her, to Lucifer, to Charlotte, to Mazikeen, and Amenadiel.

Charlotte and Amenadiel continue plotting ways to get back to heaven or is it hell?  These plans take up most of their time and energy.  Before Charlotte learned about why Chloe is special, she thought that she just needed to get her out of the way.  Charlotte was working on ways to kill Chloe when Amenadiel convinced her that if she were to kill Chloe, Lucifer would stop at nothing to find her killer, this would be the opposite reaction that Charlotte wants.

When Amenadiel sees Chloe’s mom, he recognizes her from a job his father gave him 35 years ago. Penelope and John Decker were having trouble getting pregnant.  God sent Amenadiel to earth to bless Chloe’s parents.  Because of this, Chloe was born, she is a miracle.  Once Charlotte learns this, she realizes that God put Chloe in Lucifer’s path.  She is not an obstacle, she’s the key to them getting away from earth. 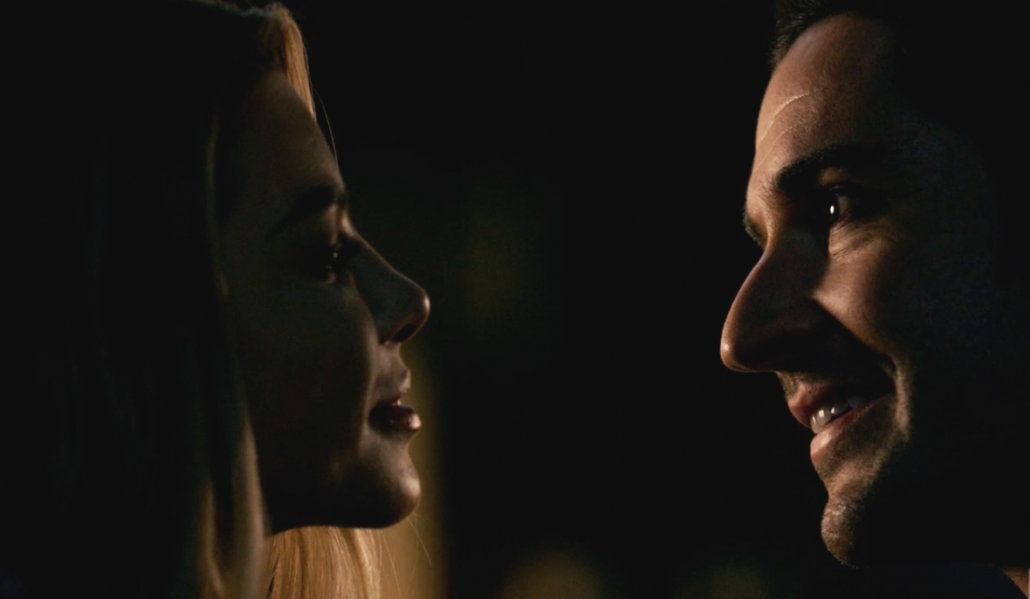 Chloe and Lucifer have been working towards getting together over the life of the show.  It looks like they will finally get together.  As they are about to kiss, a flight attendant barges in while stripping her clothes off as though she’s been there before.  (Isn’t it strange that anyone can get to Lucifer’s penthouse?  Don’t those elevators usually have a special key or code to get access to apartments like his since there is no front door?) This give Chloe the reminder she needed to avoid Lucifer, she doesn’t want to be another one of his one night stands.  Something very unusual, actually unheard of, happens; Lucifer turns the flight attendant away.

Charlotte, having made a 180 degree turn, now wants Lucifer to get together with Chloe.  She encourages him to apologize and make up with Chloe.  The problem is that Chloe knows all too well that Lucifer has a very long list of one night stands and does not trust him.  Interestingly, despite her lack of trust, she also knows that Lucifer is honest, he never lies.  This puts Lucifer in another situation he’s never been in before, he needs to convince and prove himself to a woman – Chloe.  After a bit, he comes to the conclusion that he’s not good enough for her.  He tells her that he’s had an epiphany, she deserves someone better, someone worthy of her grace and goodness.  At this point, Chloe does something completely unexpected, she kisses him and it is a passionate kiss. 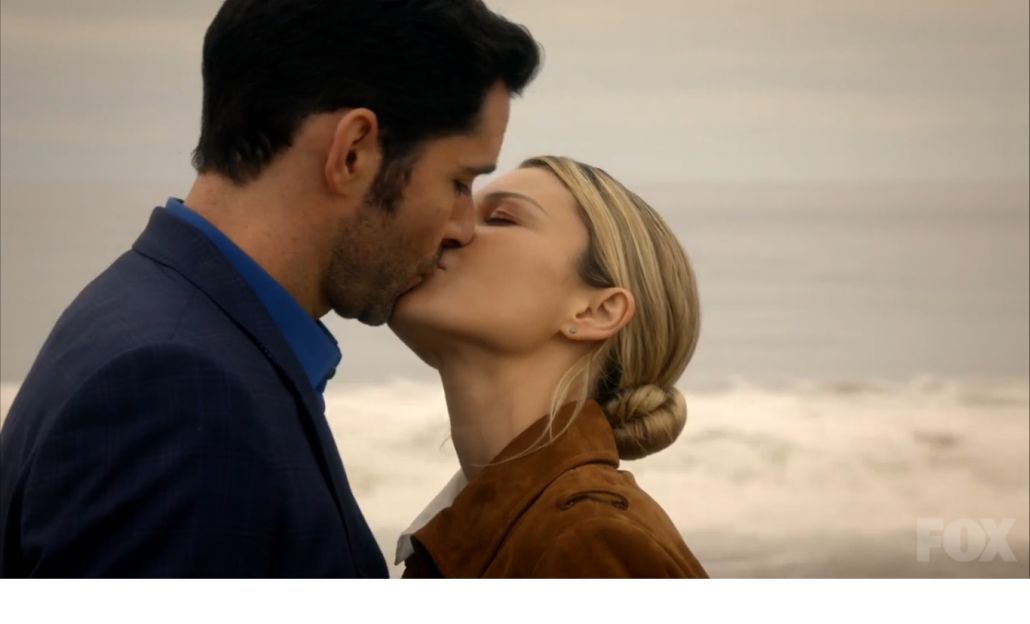 It’s like it’s “opposite day” on Lucifer.  Lucifer and Chloe continue acting out of character.  Lucifer is the one who pulled back from the kiss, not Chloe!  Chloe was left wanting and is having incredible sexual dreams about him, leaving her needy.  (Including the dream where horns pop out of his head and he calls them his “love handles”!)  She is now saying things to Lucifer that he would normally say to her, hoping he will agree to more.  What’s interesting to me is that she is aggressively going after him as soon as he stepped back.  I’m thinking this must be a part of whatever divine influence is controlling them.

Lucifer confronts Charlotte about Chloe.  He thinks she must have done something to her to make her kiss him.  He’s having a hard time with it because he doesn’t know if it’s real.  Charlotte tells him to follow his heart. I always find it very contradicting when she behaves in such a nurturing way.

There was a moment in episode 12, where Chloe didn’t know if Lucifer was OK, she was frantic.  When she saw him, her relief was so great that she grabs him and kisses him.  Lucifer looks at her with a sweet smile on his face and asks, “This is real, isn’t it?”  I definitely ship Chloe and Lucifer.  Do you have an opinion as to what their shipper name should be?  These are some of the names I’ve seen:  Deckerstar, Chulcifer (@luciferwriters like this one), Chluci, Chlocifer. 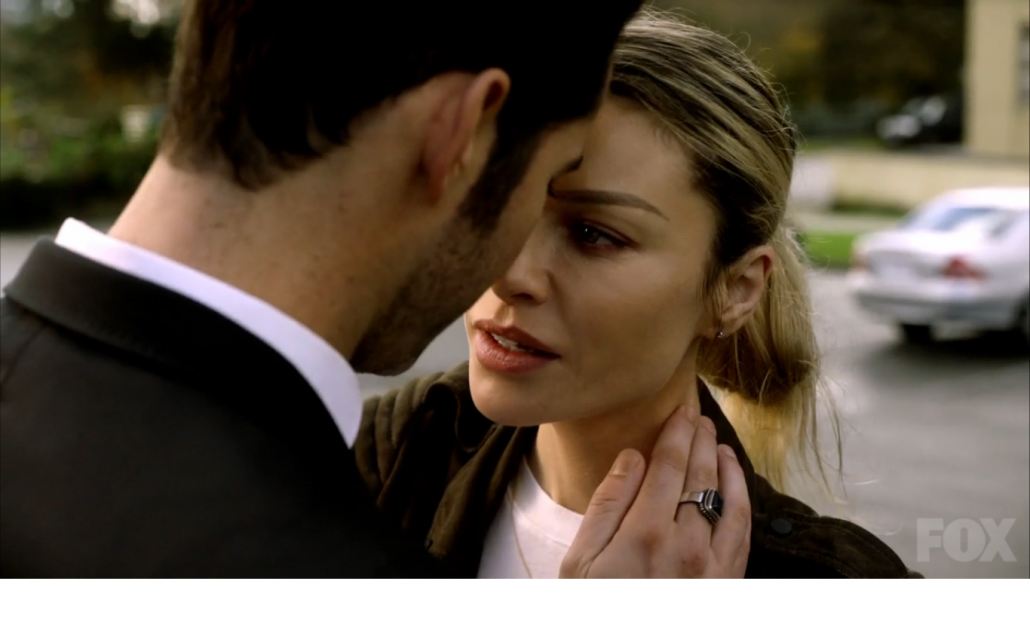 While Lucifer is realizing that what he and Chloe have is real, Charlotte and Maze are discussing how to tell him that it’s not real. They ask Lucifer to meet them at the bar where Amenadiel met with Penelope 35 years before.  When he shows up, he is so happy, he’s almost gleeful.  It’s very sweet.  I never thought I’d ever refer to Lucifer as sweet, there are many other descriptive words, sweet has never entered my mind!

Lucifer is devastated by the news that “dad” put Chloe in his path, he realizes that it’s not real, but manufactured by God.  He leaves in a fury to confront Chloe.  He finds her at home in the bathroom with a bloody nose that won’t stop.  What is happening to her?  One thought I had was that she was somehow exposed to the poison they were dealing with in their last case.  but it’s more likely related to the two of them getting together.  I”m sure “dear old dad” didn’t want Lucifer to find love or happiness.  This is just another punishment. 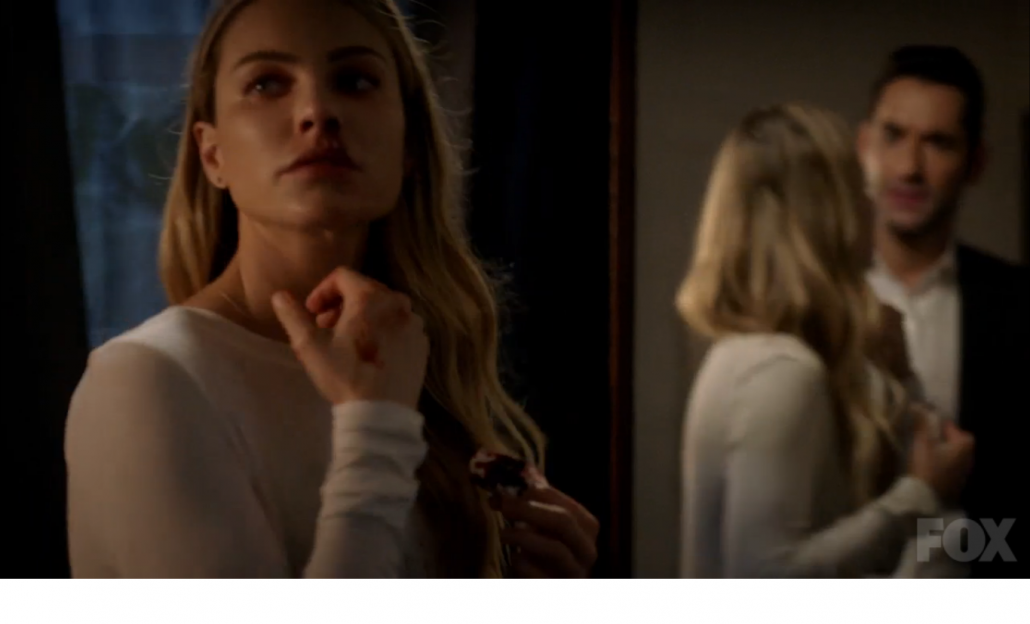 We have one more episode left before another break.  Will they leave us with a giant cliffhanger wondering what will happen to Chloe and Lucifer?