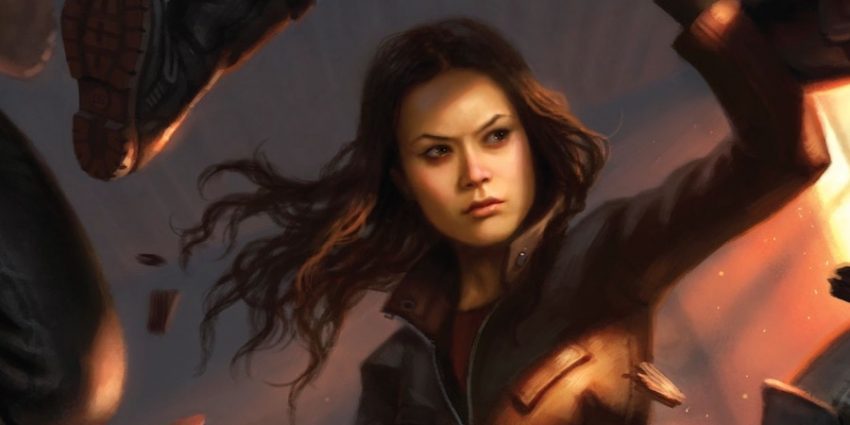 Comic Review: Serenity – No Power in the Verse

Back in October of 2016, Dark Horse Comics started the six issue run of Serenity: No Power in the ‘Verse.  This is a follow-up to the early 2016 comic arc Serenity: Leaves on the Wind.  Judging off how Emma – Zoe and Wash’s baby girl – has grown, it’s been at least 6-8 months since the crew left Bea and Iris. Since then, the crew has been working on unfulfilling jobs just to keep going. 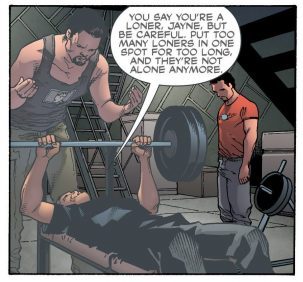 That is until Iris reaches out to Mal because Bea has disappeared, and it may have to do with her contacting people in the Resistance.

No Power in the ‘Verse continues to show us how the crew is changing as their lives continue to go on.  Zoe is learning to balance being a single mother while trying to still be an active member of the crew.  Mal and Inara are more of a team now, but they are still learning where to share with each other.  Kaylee is having a hard time believing that Simon isn’t just settling for her instead of someone fancier, and Jayne is starting to feel the loneliness that comes with being the crew’s “loner”.

River is still sane – a fact Mal wants to keep that way.  It isn’t going to be easy though when Kalista and her disciples track her down, wanting River to return to the sisterhood that the Alliance had made them into.  Returning River to a state where she isn’t herself doesn’t fare well for anyone’s health – including the crew on the Serenity. 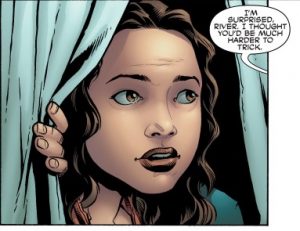 Meanwhile, the crew is not only dealing with their little lost albatross, but also working to recover Bea from the Alliance. They track her to a group called the Peacekeepers that Mal and Zoe remember from their Browncoat days.  The Peacekeepers are terrorists, and they have plans in the work to bring freedom to everyone in the ‘verse – no matter how many innocents die in the process.

The only thing Mal’s got going for him is that one of the Peacekeepers – Ophelia – was a spy for Kalista.  If he’s lucky, he can use the Peacekeepers plan to not only protect Bea and Iris, but save River and stop Kalista and get in a shot against the Alliance in one fell swoop.

Just as long as no innocent people die because of his plans.

Serenity: No Power in the ‘Verse is written by Chris Roberson, Georges Jeanty and Karl Story, and is available now at your local comic retailer.  Grab issues #1-4 now, and Issue #5 is due to hit the stands on February 22, 2017.