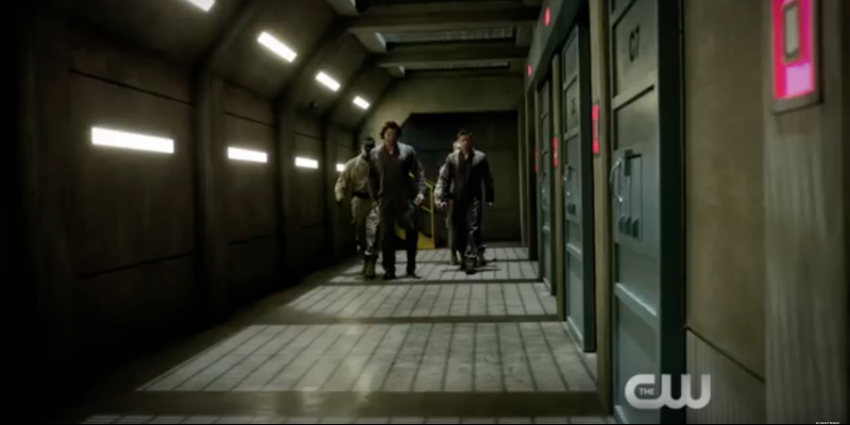 Supernatural Returns to a New Time This Thursday!

Supernatural will return to a new time this Thursday at 8/7c as the boys deal with their newfound problem: human jail. When we left off last season, Sam and Dean managed to track down Lucifer to send him back to his cage in hell. Lucifer’s latest meat suit disguise, however, was the President of the United States, which complicated matters just a bit. They did manage to expel Lucifer but left themselves alone in a room with the very incapacitated POTUS. For some odd reason, “the president was possessed by Lucifer, and we just expelled him and sent him back to a cage in hell” doesn’t seem to work as a viable defense, leaving the boys heading to jail for attempting to assassinate the president.

In First Blood, Sam and Dean will be dealing with the aftermath of expelling Lucifer from his latest vessel. Namely, the result of sending their mind-controlling angel off before they got out of the danger zone themselves. On the plus side, Castiel and Mama Winchester are still out there. Will they be able to devise a plan to save the boys? Or will Sam and Dean have to get out of this one on their own?

Find out this Thursday when Supernatural returns at 8/7c on The CW!

First Blood Extended Trailer (Who will save them now?)

THE HUNTERS BECOME THE HUNTED — After being arrested for the attempted assassination of the President of The United States, Sam (Jared Padalecki) and Dean (Jensen Ackles) must find a way out of an underground, government-run, detention facility in the middle of nowhere. Determined to find her sons, Mary (guest star Samantha Smith) and Castiel (Misha Collins) seek assistance from an unlikely source. Robert Singer directed the episode written by Andrew Dabb (#1209). Original airdate 1/26/2017.