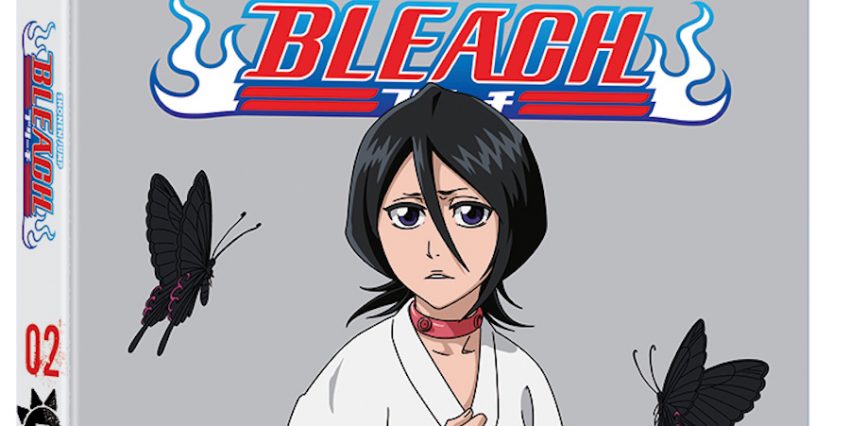 BLEACH Set 2 includes four-discs, covering Episodes 28-55, and will carry an MSRP of $54.97 U.S. / $63.99 CAN. Episodes will be available with dialogue selections for dubbed English as well as subtitled, Japanese 2.0 audio, with episodes presented uncut and in their original 4:3 . Special bonus content includes a “Behind the Scenes of BLEACH” segment that features interviews with the English voice cast.

In the latest episodes, having been separated and now pursued by Soul Reapers, Ichigo and his friends, race towards the Shishinro Repentance Cell where Rukia awaits execution. With the help of Squad Four’s Hanataro, who risks imprisonment himself, Ichigo is led through an underground sewer system toward her cell. Will Ichigo have the strength to defeat the Soul Reaper Renji, who bars the way? In the midst of the chaos, the sudden murder of one of their own has the Soul Society in upheaval.

In the BLEACH anime series, for as long as he can remember, Ichigo Kurosaki has been able to see ghosts. But when he meets Rukia, a Soul Reaper who battles evil spirits known as Hollows, his life is changed forever. Now, with a newfound wealth of spiritual energy, Ichigo discovers his true calling – to protect the world of the living and the dead as a Substitute Soul Reaper. When Rukia is taken away to face the ruthless justice of the Soul Society, Ichigo and his friends must cross over and do battle in the spirit world.