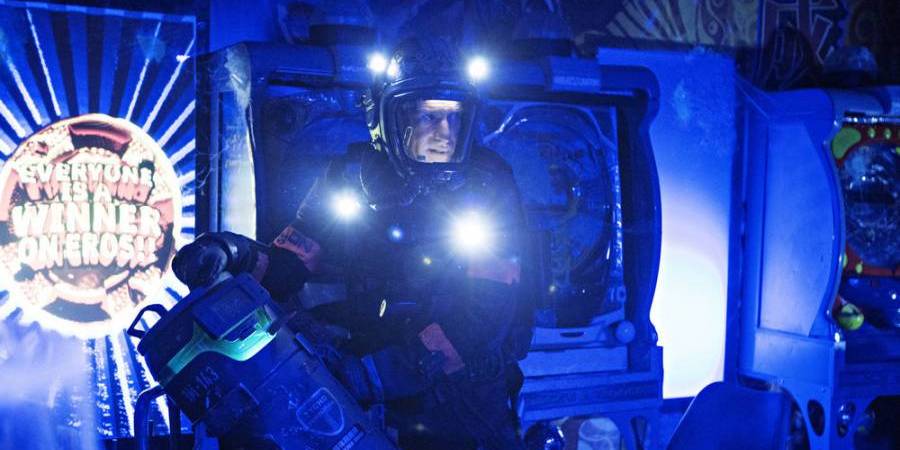 Just a man, his nuclear device and the great unknown of an alien protomolecule awaiting his eventual arrival. For Joe Miller, Episode 205 of “The Expanse” certainly offered definition to the phrase, “What a long strange trip it’s been.”

“Home” is the title of “The Expanse’s” Feb. 22 offering and as the episode moves along, we see that the need to get home, the value of home or discovering your own unique style of home, is very much ingrained in the drama that’s playing out. And at the center of it all is Miller, the hard-bitten, cynical, flawed detective who has managed to piss off just about everyone he’s come in contact with lately. He’s a man who is tired of the life’s crap, yet seems to continually step in it. Talk about irony.

In Episode 205, Miller will eventually find a unique kind of “homecoming.” The fact it comes from such an unexpected source is a strange, yet uplifting, development.
Last we saw Miller, he had a nuclear bomb between his legs as he watched the Nauvoo do a quick 90-degree turn away from Eros. The plan to push the station, and the protomolecule, into the sun was thwarted. We also began to see that the PMC (I’ve decided to cut the word “protomolecule” down to this designation – you’re welcome) is something entirely different.

In “Home,” Eros begins to move and accelerate in a beeline for Earth. Miller and the crew of the Rocinante come up with a plan, once again pushing Miller into a very real life-and-death scenario. But it’s one he steps willingly into as everyone begins to realize that Eros station is alive and capable of “who knows what.” The plan is simple, Miller will haul his heavy nuclear device into the heart of the PMC, set the timer and escape aboard the Rocinante before things get loud and incendiary. But as we’ve come to expect with this show, and the PMC, the best laid plans often go awry. 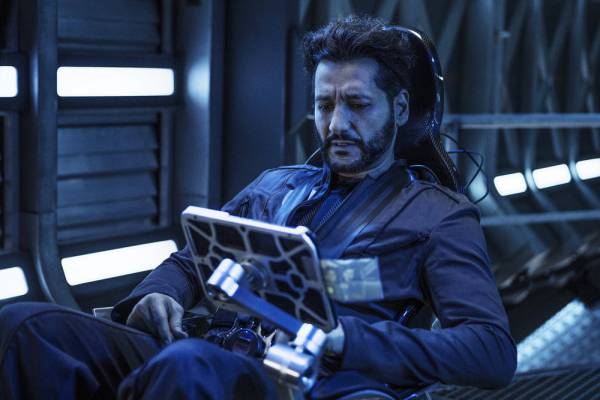 There are periphery storylines going on in the episode as the U.N. decides to deal with the approaching disaster with half its nuclear missiles, while Fred Johnson offers a way to help guide the missiles to the target once Eros blocks radar lock on its location. The trust issues of all concerned are tested.

Is this a Martian attack of some kind? Is Johnson trustworthy? Is Captain Holden, who contacts the U.N. to tell them he can help guide the missiles to the target, worthy of trust? Earth needs to be evacuated, so who should go, who will choose to stay? Lots of questions and fear racing in and out of this episode, but make no mistake, this is about Miller and the crew of the Rocinante coming to grips with what Eros has become. As we see later, the desire to find “home” is all part of the Eros phenomenon.

So, Miller pries open a door, enters Eros station and begins the long journey toward the “seed crystal” that the scientist on Tycho Station had alluded to. The journey is hazardous and not without plenty of struggle as he makes his way through the station, his nuclear weapon in tow. But the journey also gives him time to think, to talk with Holden and Naomi aboard the Rocinante, and start to come to grips with what it all may mean. And it’s during this journey that he begins to believe that the “it” could be a “whom.”

Flitting bits of light float around him at first, but as he gets closer to his goal, tentacles of light run through the corridors of the station as voices begin to echo throughout. And in these moments, Miller senses that there will be no escape. That his fate will be the same as when he first arrived on Eros. Death awaits and he’s walking into it with only a glimmer of hope – but it’s that glimmer that makes the episode so interesting at the end. 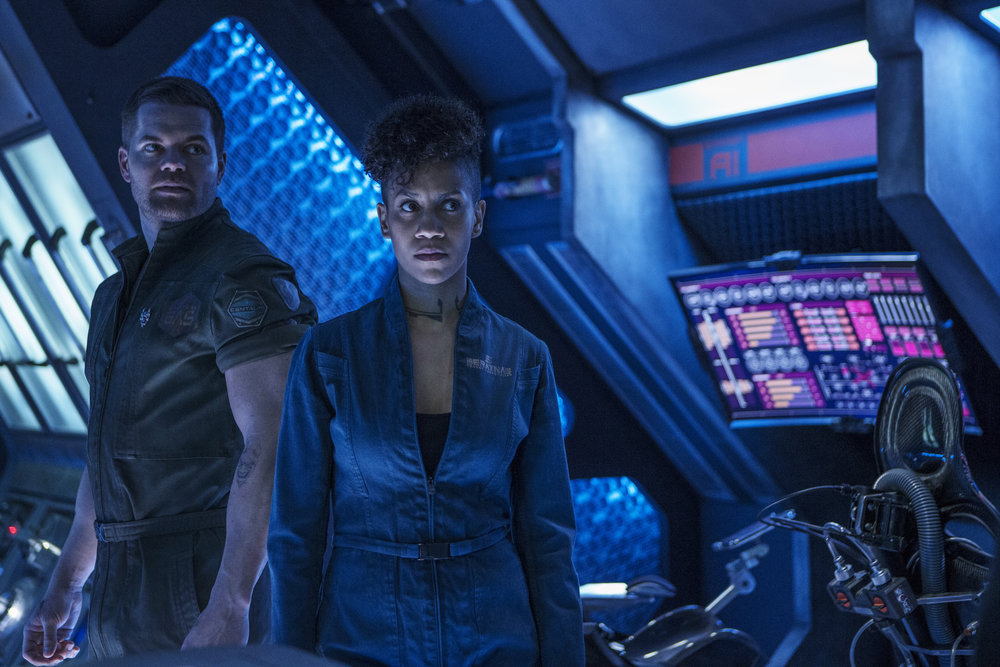 Miller, who has felt plenty of guilt since the loss of Julie Mao, turns over an interesting theory in his head and tells Holden and the crew to cease their chase – and to get Johnson, who has control of the U.N. missiles, to turn the weapons away from Eros. He wants to try and communicate with the PMC, and the entity that makes it unique.
I don’t want to give too much away in case you haven’t seen it, but Miller’s trek through the station has led him to believe the Julie Mao wasn’t just infected by the PMC, but she infected it back. And it is she, in some form, that is part of what’s happening in the station. And this gives him that “glimmer” and drives him onward.

There are few feelings better than seeing someone who is worn out by life, who seems to have shed most of their hope and dreams, rediscover a little bit of light in the darkness. For Miller, that light is Mao. And what he eventually finds at the center of Eros touches his heart and allows him to show the kind of tenderness he seldom, if ever, displays. He takes off his gear, risks being infected by the PMC, and accepts whatever the fates have in store. At peace with it all, he lays his head down and waits.

What we see at the end are Johnson, the Rocinante crew, and U.N. biggie Chrisjan Avasarala, among others, watching Eros tumble from the sky until – it impacts on a planet. Hold it, that didn’t look like earth. Curious, indeed.