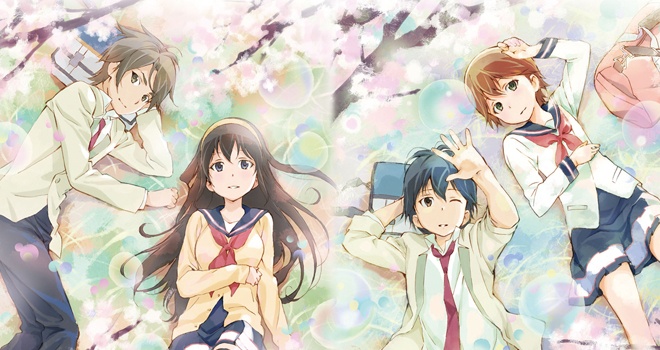 Welcome to my movie review of Psychic School Wars! Bear in mind I’m still relatively new to current anime.  I dabbled a lot in Elementary, Middle, and some of High School, but since then I haven’t had much time to keep up with any new series or movies that have come out.

I love that there’s a Shiba, those dogs are absolutely adorable and I’d give anything to own one!  I’m watching the dubbed version, mainly because writing this review and reading subs isn’t something I want to do.

The beginning of this movie is super awkward. First of all we don’t really get an introduction to Kenji Seki or Natsuki Suzuura, but you’re thrown into their lives with an awkward exchange.  Next we’re introduced to Kenji’s classroom and a new rule about banning cellphones.  The students are up in arms, even though the reason for the ban was because of a mysterious incident.  A new student arrives by the name of Ryoichi Kyogoku; he’s mysterious, handsome, and the talk of the students.  It seems as though Ryoichi is from the future, has psychic abilities, and has an adorable little mentor dog/cat thing.  He’s taken a liking to Kahori Harukawa, who is also the apple of Kenji’s eye.

Ryoichi comes across the student who is the cause of the cellphone ban attempting to commit suicide.  Learning that she was forced to repeat this grade because of the incident. He convinces her not to kill herself and also convinces her to return to school.  I’m not sure if I’m just having a hard time following or if the movie just isn’t making sense in general.   Ryoichi seems to have an ulterior motive, he’s making an army of some sort and turning people in the school against each other.  This whole movie seems to be a huge dig at technology and is preaching an anti-cellphone message.  It’s interesting the way they handle the recruitment process.  They force students into a “test” and then if they pass they recruit them, but if they fail they mysteriously disappear. 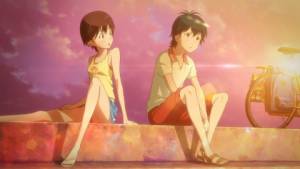 They attempt to recruit Natsuki and because of this she leaves school for a while, it’s only until they attempt to recruit Kahori that Kenji decides they should probably check up on Natsuki.  They’re neighbors, and I have no idea why he didn’t think to check on her earlier.  Natsuki finally comes clean to them about everything that’s happened to her, it’s cute.  We finally learn why Ryoichi is recruiting people and why he was sent back to the past from his time.  He tells the story of how the psychics came about, it was actually a natural selection type deal, which is a cool concept.  Ryoichi is tasked with awakening those with powers and bringing them home to salvage his world.

Hell yes, the Shiba has magical powers.  Also, side note, everyone cries in this movie, is it really that powerful of a message?  Kenji’s grandfather is the one who is responsible for locking Kenji’s full potential away.  He and Ryoichi have a history, Grandpa explaining that he knew Ryoichi’s mother and father in the past and apparently didn’t get along with them.  So, after Kenji’s full power is unlocked, instead of getting a big battle, we get a weird exchange on the beach, a confusing scene where Kenji leaves but then doesn’t. Then Natsuki yelling at Kahori for Kenji liking her.

Finally, towards the end Ryoichi and the cute cat/dog thing, who turns out to be his dad, face off and Kenji screws up everything by saving Ryoichi. After the battle, Kenji agrees to take Ryoichi back to his time and seemingly disappears. We see Grandpa passing out, and Natsuki and Kahori forgetting everything that happened.  After the credits, Kenji comes back and refreshes everyone’s memory, leaving it open for a sequel. Again, I don’t know much about anime so they very well may have made a sequel to this movie. 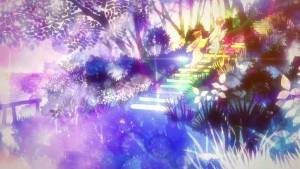 Overall, I’m not a fan of this movie.  It’s not easy to follow, the characters seem to be a hodgepodge together, and no one, aside from Ryoichi, seems to have a motivation.  I will say the dubbing was done really well and the art is absolutely stunning.  Each scene has watercolor elements to it and it’s just rendered beautifully.  If nothing else this movie gets points for incredible scenery and a nice soundtrack.  The plot was convoluted and strange, the characters were boring, and overall I just can’t picture myself ever wanting to watch it again.  This, however, is just my simple opinion. I encourage people to check it out, if nothing else you’re in for some gorgeous scenes!