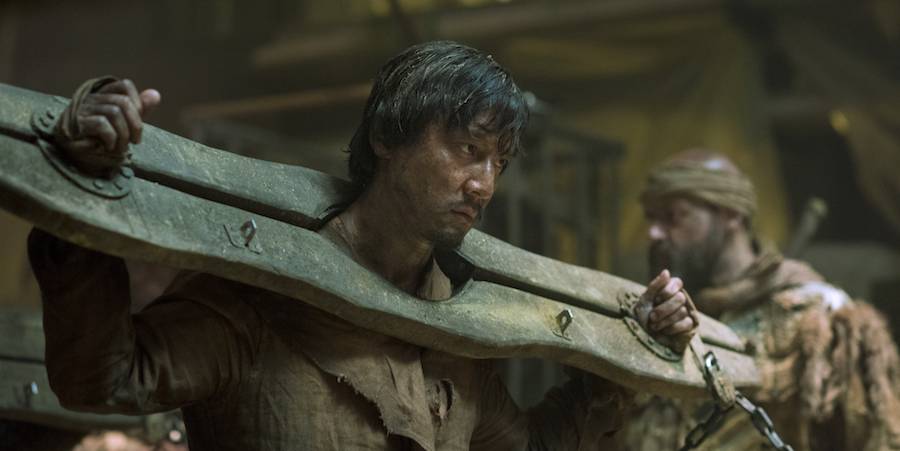 Into The Badlands Season 2 Premiere Review

Season 1 of Into The Badlands was an experiment for AMC. With only 6 episodes, it was also an incomplete season by any standard. The finale left us with a lot of questions and hopes that we would get a greatly expanded world. The show used The Walking Dead as a lead in for season 1 and will do the same for season 2. 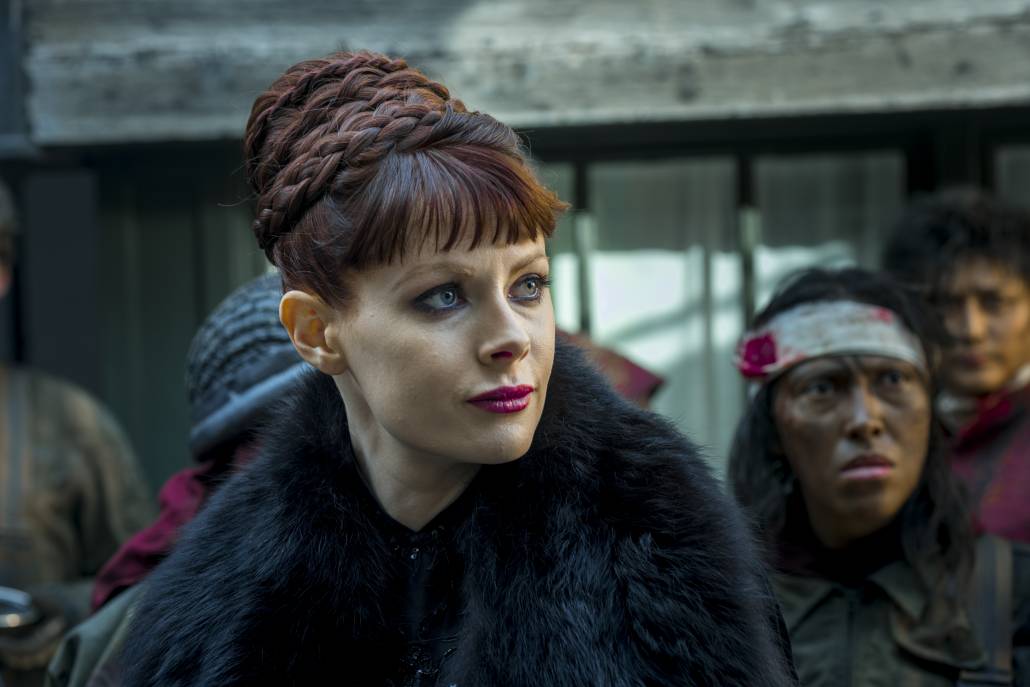 Season 1 left us with MK in a box, and Sunny captive by the River King. Both of their fates were left open. Quinn and Jacobee were dead and the baron’s were struggling for power. Season 2 picks up 6 months after the events in season 1 and Sunny finds himself a slave being sold to a mining camp. We are lead to assume this is far outside the badlands which is the first time we have seen anything outside the badlands. 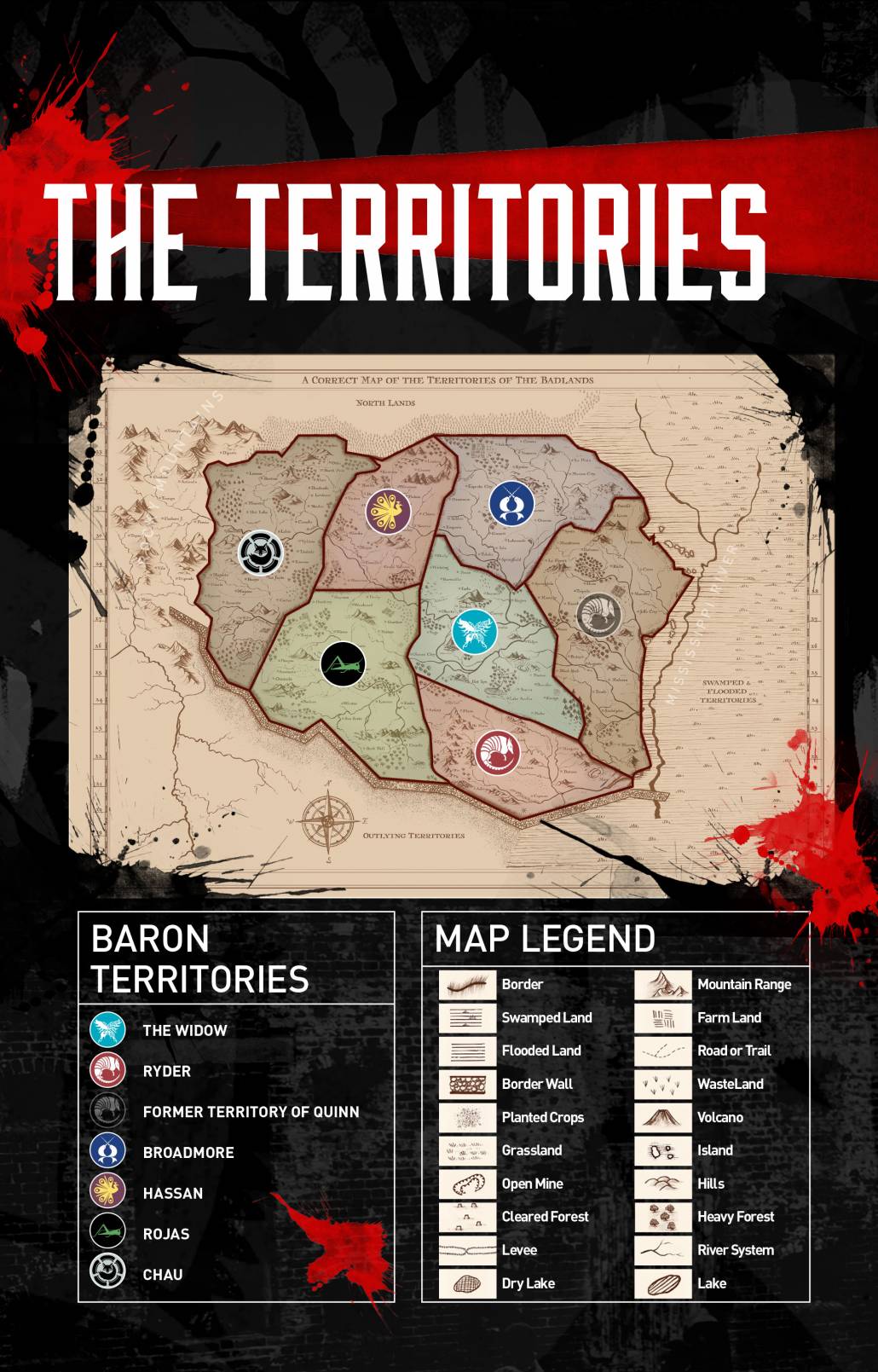 A map posted on the AMC social media page finally gives us context to the world and where we are, which is basically the former United States, and you can get a good look at how the Barons territories are split up.

Sunny ends up meeting Bajie (Nick Frost), who has been to the badlands and knows how to get back. In fact he even knows that Sunny is a clipper and his former baron was Quinn. This dangerous piece of knowledge proves to be troublesome for Sunny.

The workers get a fight night, similar to a thunder dome match (two men enter, one man leaves in a body bag). This gives Sunny some ideas. Ryder has taken up shop in Jacobee’s old mansion and left Quinn’s boarded up. He also has control of the oil fields, that is until the Widow makes her appearances and all hell breaks loose.

The oil field fight is one of the reasons this show is so good. The fight scenes and vivid color use throughout the show is stunning and well put together. Each baron with a very unique color and style that separates them very clearly on screen. The Widow wastes no time reclaiming her oil fields from Ryder.

Meanwhile we get to see MK doing some fight training with a mysterious group of people that we can only assume are the same ones who kidnapped him. It is interesting to note that each of the boys is paired up with a girl. This is the first time that we get to see a larger group of kids who all have the same ability as MK. 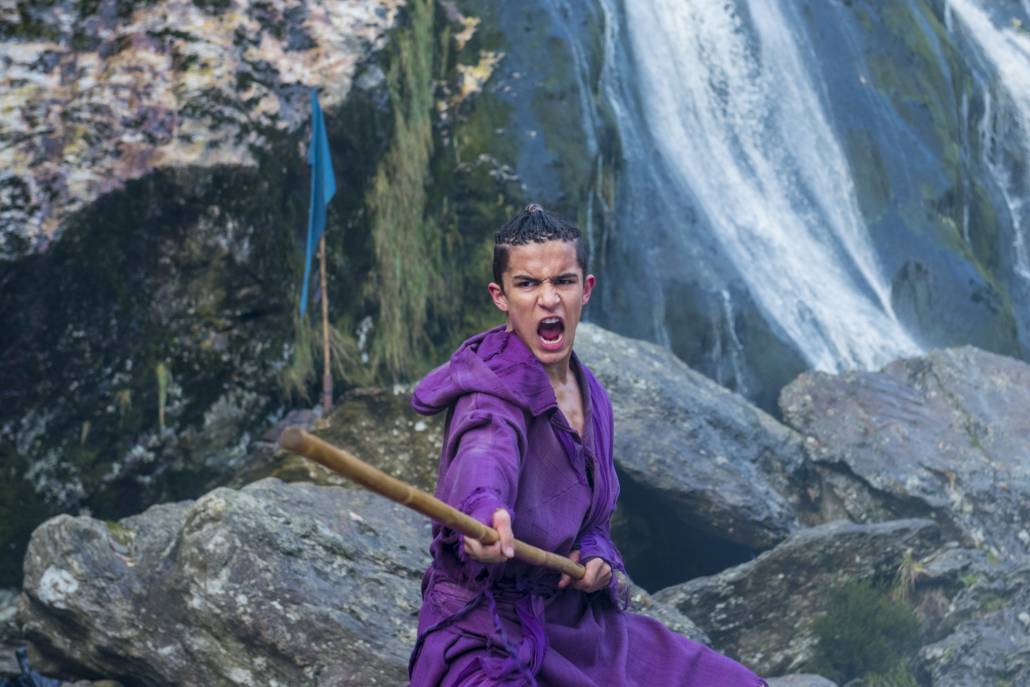 He has a conversation with one of them who tells him that he was considered a god among his people and he gladly would cut himself to turn in order to protect his clan. MK isn’t as careless about his own life but sneaks up to the Masters quarters to see if they exist. Turns out that master is a she also, and she is far more powerful than MK thought. What MK doesn’t realize, is that he is also a lot more powerful then any of the others. Her arm was snapped from that punch even through she stopped it.

The final scene brings us to Vale and the baby, which means they survived and went into hiding. Whats more shocking is the fact that the person who helped her deliver the baby boy, is none other than Quinn!

Looking ahead and the new season, the first few episodes do not heavily focus on MK as they did in season 1, which is a good thing for the series. MK is an important part of the story but there is so much more to flesh out for other characters and the world itself. The writers do a good job of giving us a taste of all the various groups and locations in season 2: Sunny and Bajie, MK and the monks, Vale and Quinn, The barons in the badlands.

The fight scenes continue to impress and the introduction of new characters are refreshing and interesting. We highly recommend you stick around and watch Into The Badlands season 2.