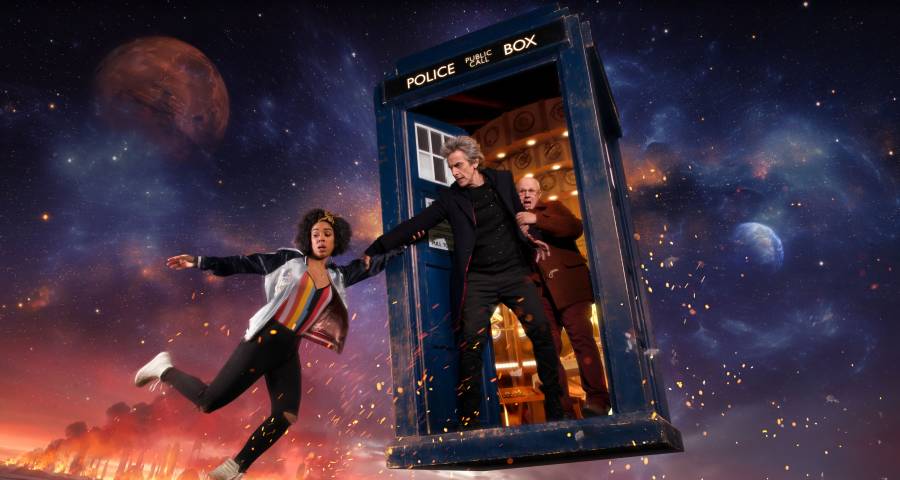 Doctor Who Preview: Capaldi Returns, Brings Old Friends With Him

The first trailer for the new season of Doctor Who, Peter Capaldi’s last, debuted today! I know we’ve all been eagerly awaiting this since last year’s Christmas special – and earlier – and I can’t wait!

I know that Capaldi has had a mixed, but generally positive reaction. He’s probably my second fave of the rebooted series – I love his grumpy, goofy, fierce portrayal. (Okay, in order, Tennant, Capaldi, Eccleston, Smith, and I make no apologies.) He seems to realize that he’ll never really reconcile what he did to Gallifrey, and he’s longing for connection – not quite ready to admit that he needs companionship, and fighting it, but putting his heart out there a little bit, just to see it shatter when Clara is taken (guess we can’t really say “dies”).

So next season, which starts Saturday, April 15, brings us a new companion, Bill, played by Pearl Mackie, and an old … er, friend, I guess, Nardole, played by Matt Lucas. Lots of little bits and pieces in this trailer – Daleks in possibly a new form? the fight continues, old frenemies resurface – well, you’ll just have to watch. A couple of times.

The season premiere will be followed by the opener of the Doctor Who spinoff Class, which may or may not be worth your time, since it’s already been announced that there will not be a second season. But more about that coming up!

Do you know everything there is to know about Doctor Who? Would you be interested in covering it for this site? We’re looking for writers to cover Doctor Who and other sci fi/fantasy TV shows, movies, anime, manga and gaming – contact us at media@threeifbyspace.net or hit us up on Twitter!