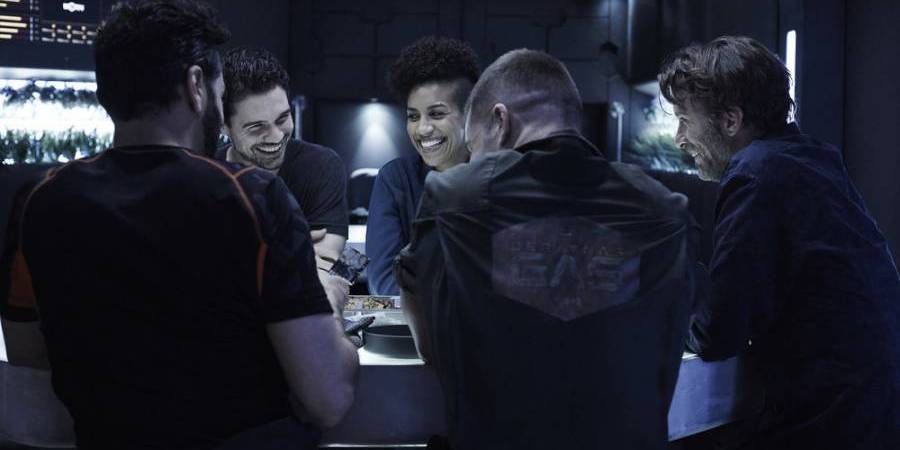 They’re Back: Thoughts on The Expanse Renewal

Syfy Channel just made The Expanse fans’ hearts beat a little faster with the announcement that the popular sci-fi TV show will get a third season. The 13-episode new season will land sometime in 2018.

“The Expanse is a gorgeous, thrilling, emotional series that has quite simply raised the bar for science fiction on television,” said Chris McCumber, president, Entertainment Networks for NBCUniversal Cable Entertainment. “We, along with the fans, are looking forward to continuing the journey with our partners at Alcon Television Group and the series’ brilliant cast and crew.”

The Expanse unfolds across a colonized galaxy 200 years in the future, when two strangers become unwittingly swept up in a vast conspiracy. Based on the New York Times bestselling book series collectively known as “The Expanse,” written by Daniel Abraham and Ty Franck (under the pen name James S. A. Corey), The Expanse stars Steven Strait, Shohreh Aghdashloo, Dominique Tipper, Cas Anvar, Wes Chatham and Frankie Adams.

And I have to hand it to these folks, along with the other interesting faces and personalities that float in and out of The Expanse, they’ve been awfully good. I love sci-fi and I particularly like good and interesting sci-fi. Fortunately, The Expanse delivers that on a weekly basis. I don’t want to seem like a “ra-ra” type, who only sees rainbows and unicorns flitting across every episode, but I have no problem saying that I think there’s a quality about this show that’s somewhat unique for the genre. And that’s why I, and many others across the landscape, have welcomed this show with open arms. There’s an “it” factor with The Expanse that’s not only inviting, but just plain interesting. 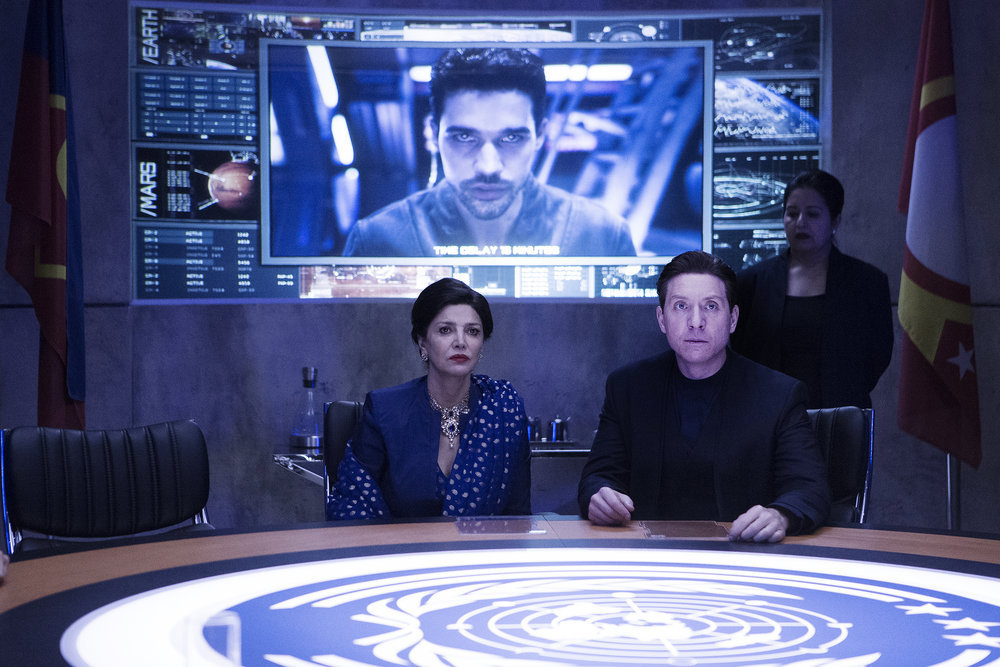 The news of renewal is a welcome sigh of relief for fans of the show, who have been wondering what the verdict on the Rocinante crew would be. After a strong opening season, The Expanse has opened eyes and drawn plenty of attention from viewers and people like me, who offer their opinions, thoughts and hopes about the show. From my standpoint, The Expanse has brought a new grittiness to the screen in the sci-fi genre. And I think that’s resonated with viewers who became fans in season 1, and those who have discovered the show later in the game — and I’d include myself in that category.

I think one of the things that has really pushed this show up a level is the quality of people behind the camera. The stories are fresh and interesting, with just enough twists and turns to keep you uncomfortably entertained and engaged. The characters are well-written and a talented cast continually pushes the personalities of the characters through the screen. I’ve been impressed with The Expanse from my first exposure and find writing about the show to be one of the more pleasurable things I do during the week.

Academy Award-nominated screenwriting duo Mark Fergus and Hawk Ostby (“Children of Men,” “Iron Man”) serve as executive producers and showrunners, alongside Naren Shankar (“CSI,” “Farscape”). Let’s give these folks a hand for creating a sci-fi drama that, while giving a knowing wink to sci-fi as we know it, haven’t been afraid to push the boundaries of space-related storytelling in the first two seasons. What will season 3 offer? Well now, that’s kind of exciting part of this adventure we call The Expanse, isn’t it?