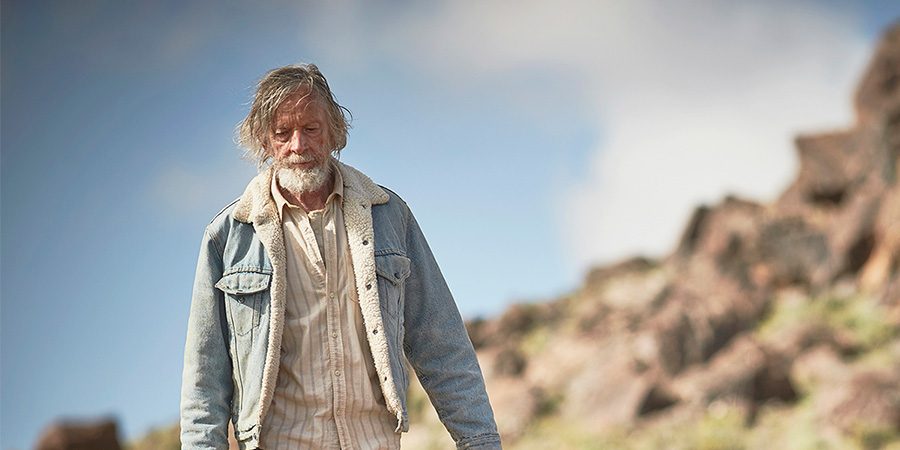 We know what you’re thinking. Something like, well THAT was weird. We agree. But we agreed to see weird stuff when we tuned in to The Leftovers 303. If we take a closer look, some of the weirdness will start to make more sense. Let’s start this thing. 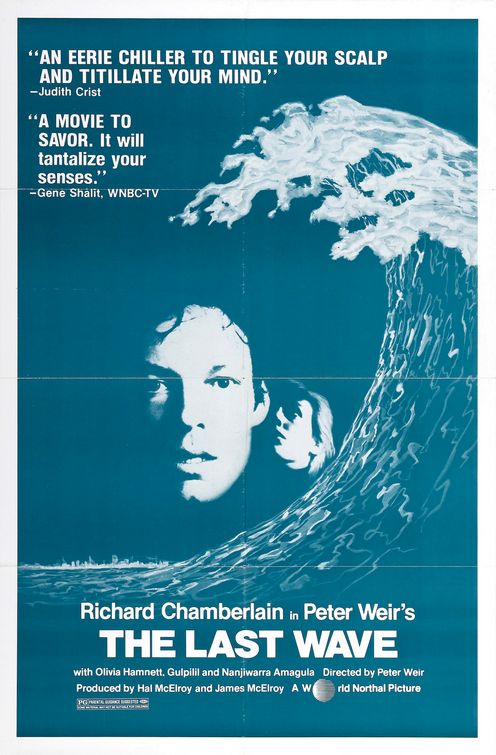 “The Last Wave” and David Burton

In 1977, Peter Weir Directed The Last Wave, a film starring Richard Chamberlain, and based on a book by the same name. Why do we care about this movie? First, let’s back up a little. Damon and the other creators of The Leftovers have openly acknowledged an appreciation for Weir’s work. In fact, they’ve referenced his Picnic at Hanging Rock as partial inspiration for Season 2’s main plot – it’s about three girls that go missing with no explanation. Now, we’ve all seen how Season 2 plays out, but we’re just talking about inspiration and references here, not completely copying another filmmaker’s work.

After watching this episode, called “Crazy Whitefella Thinking”, we knew we were missing something. Recalling the Peter Weir connection, we went and looked to see if his oeuvre offered any more clues. Yes, it does. In fact, it was his next movie after Picnic at Hanging Rock: The Last Wave.

David Burton – David Burton is the main character in The Last Wave. He is a lawyer assigned to defend a group of aborigines in a murder trial (I guess you can be tried as a group in Australia). You may also recall references to David Burton last season. He was the person the Pillar Guy wanted to reach with the letter he gave to Michael to mail for him. Background radio reports also said that a man in Perth named David Burton had claimed to be resurrected.

We don’t think we’re literally talking about the same David Burton, but it feels like more than a shout out to a respected film. Other David Burton facts: he’s part aborigine (didn’t Kevin Sr. say he was part of a tribe?) with the ability to see into the future (a Mulkurul), he has trouble distinguishing between dreams and reality, (both Kevin Garveys have this problem, too), and he’s convinced the world is going to end under a giant wave (flood, much?). 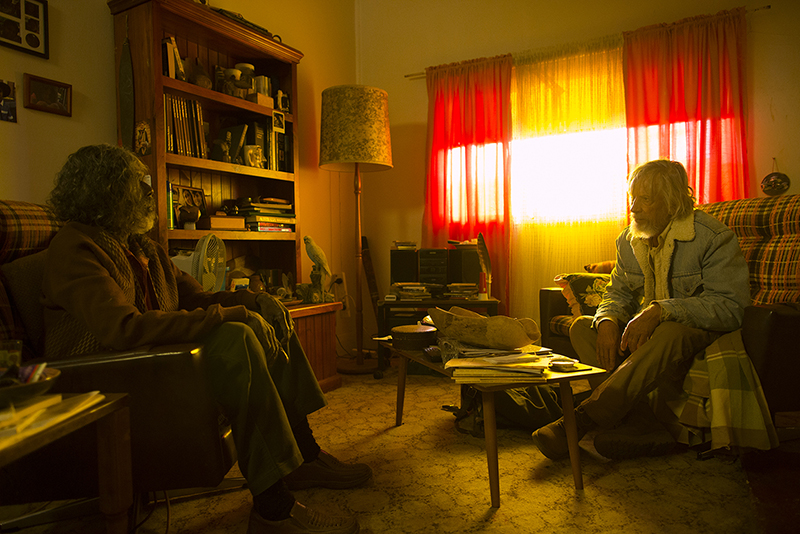 David Gulpilil – You know him as Chris Sunday, the keeper of the last dance Kevin Sr. wants to learn to complete his apocalypse prevention project. If you go and watch The Last Wave (which you can because it’s on YouTube for some reason), you’ll see the first character seen is named Chris Lee… played by David Gulpilil. In The Last Wave, his character stands accused of murder and ends up taking David Burton on a wacky journey that destroys the guy’s sense of reality. Chris Sunday doesn’t get to rock Kevin Sr.’s world in quite the same way, but his casting has to be more than coincidence.

We believe that David Gulpilil, as a “tribal aborigine”, probably agreed to participate in the show because he felt strongly about it, maybe as a companion to The Last Wave.

World Ends Under Water – The outcome of the movie is up for interpretation. David emerges from a cave and sees a climactic wave coming. We lean toward believing the wave takes him and Australia at least out of the picture, but you could argue that he’s actually already dead at that point. Other apocalyptic events happened throughout Australia didn’t get filtered through David’s problematic perceptions. Enough freak hail storms and frog imbued rainstorms happened throughout the movie also, for us to believe Weir is telling us “the world is ending”. This all ties very neatly into Kevin Sr.’s belief that a flood is coming. Even the freak rainstorm he experiences after the guy sets himself on fire resonates with the constant presence of harsh, unwelcome rain in The Last Wave. 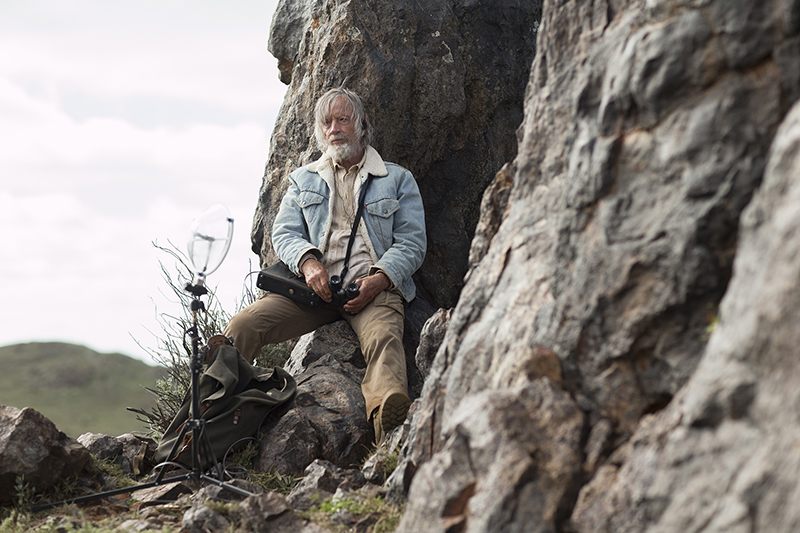 We catch up with Kevin on his second to last stop on a journey across Australia to save the world. He believes singing and performing Aboriginal rituals along a mystical formation known as a “song line” can prevent the apocalypse. Specifically, he believes a flood is coming. A young Kevin Garvey Jr. keeps Sr. Garvey company and motivated in the form of an audio tape he recorded as a kid. These recordings offer a glimpse into the relationship between the two just after Kevin Sr.’s wife dies. They also give us an idea of what Kevin Sr. was like as a father to a young boy.

Kevin accidentally kills Chris Sunday, the keeper of the final dance and song he needs to learn. He breaks his own legs in the deal and gets dropped off in the middle of the desert. The situation degrades from there.

Kevin gets caught up in another man’s explosive suicide, which leaves him physically ok, but wondering what else God has in store for him. Kevin challenges God and in return, a flash rain storm (like the many storms in The Last Wave?) ruins his recording of Kevin Jr. The next day, limping across the desert, Kevin attempts to kill and eat a snake (his totem). Did any viewer in the world not predict the snake rearing up and biting Kevin?

With the last of his strength, Kevin collapses under a cross belonging to none other than Grace, the ringleader of the four horsewomen of the apocalypse from last week. After helping to nurse our beleaguered gunslinger back to health, Grace and Kevin Sr. have an epic comparing of notes.

Kevin hasn’t really lost anything yet. He didn’t lose anybody in the Departure. He has few possessions, but that’s his own choice. Not until the post explosion rain storm does Kevin actually experience loss. The audio tape stood in for his son on his journey across Australia. In a way, the tape functioned as a companion and represented the best of what he wants to remember about himself and his son. But then he had to go and yell at God. In a way, he lost his son then.

Grace, on the other hand, explains her own heartbreaking tale of loss and children. To recap, Grace couldn’t find her husband or adopted children following Departure Day and assumed they’d all departed from inside their chapel. Later, she found out her husband was the only departed and he children had died, lost on their property, looking for their mother. She tells Kevin the cross she found him underneath was the one she relocated there from her chapel. Her loss, and what led up to it, tells us a lot about Grace.

Purpose has been a buzzword with Kevin since Season 1. In one episode, The Garveys at Their Best, he tells Kevin Jr. he has no greater purpose than being a husband and father. In another, “Solace For Tired Feet”, he insists Kevin realize that his life has a specific purpose and act accordingly. For this episode, Kevin explains to Chris Sunday his own search for purpose. We don’t know about you, but we were agog to know Kevin Sr., after admonishing his son about purpose, had no idea what his own was. Since season 1, we’ve assumed our characters played a part in a larger narrative. We also assumed Kevin Sr. -knew- more than he was telling us. Not so much. Now, he’s willing to take advice from chickens.

Post departure, most people abandoned their religions, unable to reconcile what they’d been told about the Almighty, and what they just lived through. Grace wanted to cling to her religion, since it was all she had. She believed the Departure was actually the rapture and her family was in Heaven. She felt the strength of her faith so strongly, she never even tried looking for her kids.

Upon learning the true fate of her children, her faith disintegrates. By taking the cross from the chapel to the location of her children’s death, she also memorialized her faith, like, “Here lies Grace’s faith.” Did you notice the condition of the chapel when Kevin emerged from her house? Grace’s friends were stripping the chapel for the wood they’d need for their ark. Another symbol of her lost faith.

That’s not to say Grace is entirely comfortable with this. She WANTS something to believe in. Too many unexplainable factors align (finding Kevin, Finding him under the cross, finding him holding the page from the Book of Kevin) for her to chalk up to chance. She wants to believe and Kevin has brought her something she’s willing to put her faith in.

Last season, Kevin Jr. spent most of the season trying to cast off his curse, the ghost of Patti Levin. Last week, we learned about Nora and her cursed life. This week, we catch up with two more cursed characters. Kevin Sr.’s thwarts his own effort to save the world by killing Chris Sunday. He then gets bit by an actual snake (snake bit), reaching the lowest point in his journey. Grace must also feel cursed with how her children died. The conversation they have at her breakfast table resembled a conversation starting with, “If you think that’s messed, listen what happened to me…” Even though Kevin and Grace have gone through very different journeys in the wake of the departure, they felt like a “match” to us. We’re not sure if it’s romantic or another kind of partnership, but these two people feel connected through being cursed. 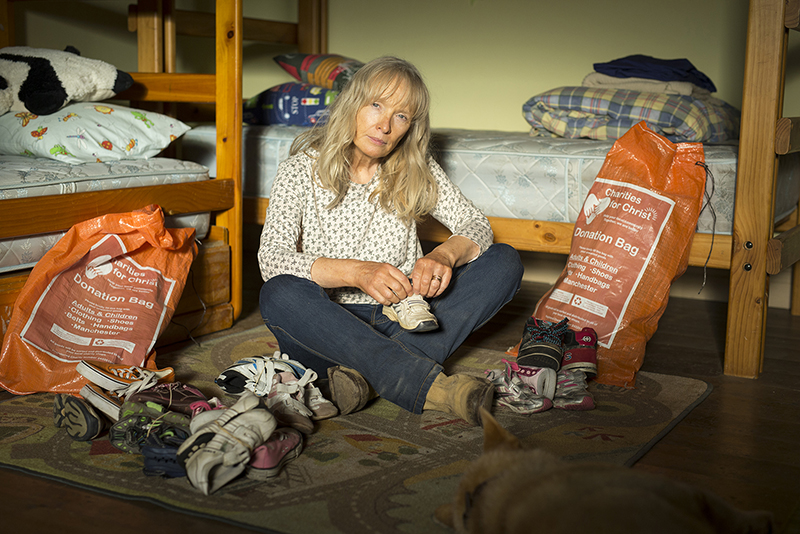 “I had my mail forwarded here when I heard how helpful you were.” – Kevin Sr.

“You want to stop the flood? Start there.” – Chris Sunday

Kevin Sr. is not going to be happy to see Kevin Jr. when he arrives.

Nora tells Kevin what her true agenda is before they board the plane.