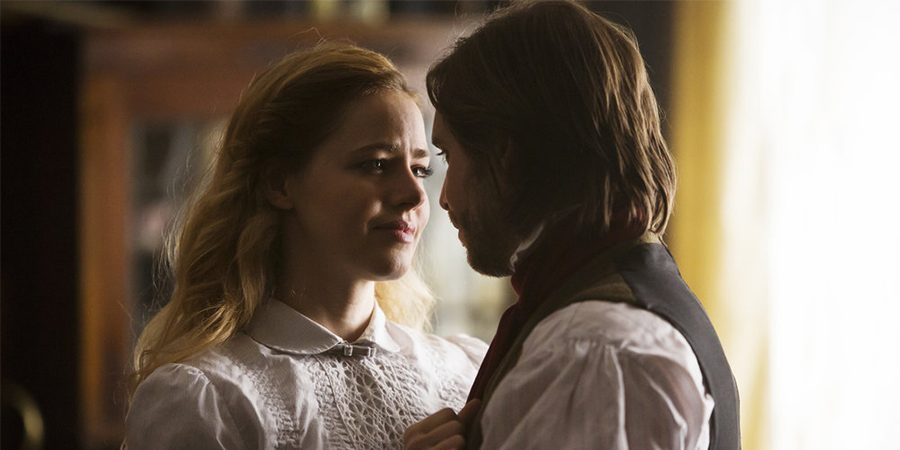 The final leg of the journey! We’re exactly like Tour de France bicyclists with this grueling pace. But now we made it. The end of the third season and the knowledge that next season is the finale. We’ve reached the beginning of the end. Let’s see what happened tonight. 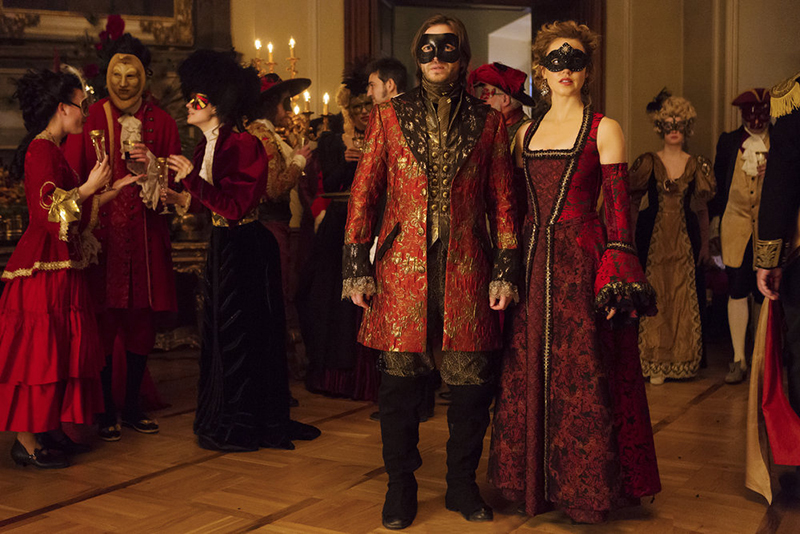 I enjoyed the heck out of seeing Cole and Cassie come together. I’m one of those people that appreciated The Office (US) when Pam and Jim finally got together and we didn’t have to suffer through any more “will they – won’t they” shenanigans. Where Cassie has wanted to rekindle their relationship earlier this season, James has resisted. Now, “Nothing bad could come from this.” He believes in their ability to find their son and change his mind as a couple. As his parents. The whole pickpocket / dance lesson scene showed us that they want to work it out and be together. Meanwhile, they have led Team Splinter(ed) on a wild goose chase throughout time, trying to intersect with their son.

Concurrently, Jennifer may have led Team Splinter(ed) astray back in 2046 (2047 now?). The brain-trust there has been using their copy of the time map along with other records in combination with Jennifer’s drawings to try and head Cassie and Cole off at the temporal pass, so to speak. Was she? Probably, but I believe Olivia gave the right answer Jones needed to hear to get her out of her cell more than anything else. Jennifer’s Primary status probably made her quirky trip to get Baby Terry (the turtle) into a highly prescient time bomb. Deciphering what has meaning and what is just spontaneous weirdness will continue to be tough with her. One part of her come through with a lot of clarity – she’s willing to sacrifice her freedom (and maybe more) for if not the pair of fugitive time travelers, then at least Cole.

The Deacon, Jones, and Hannah hit squad have only one mission. Since they can’t figure out how to kill the Witness, they’ll try and kill his parents. Seems more vindictive than practical at this point. If they wanted to kill them to prevent his birth, they would need to kill earlier versions of Cole and Cassie. They chase the current, splinter-vest wearing version though. Jones gives us a little more on her feelings when she admits to feeling like her child betrayed her (meaning Cole). Deacon states and re-states how he is  “over” any previous affection he held for Cole and Cassie. Hannah… She does seem to enjoy violence. Is she just following her mom’s lead?

Although Athan is given more screen time, we still know very little about him or what to expect from him.

James Callis, the one-time Gaius Baltar, made his debut as a grown-up Witness.

We get to see the creation of the Witness’ time map from its inception. From this perspective, The largest circles now look a lot more like spheres holding other spheres, rather than intersecting circles.

The Masque of the Red Death is actually a short story by Edgar Allen Poe which features a plague, a ball, and mysterious entity that kills everybody there.

Will we see Sebastian again?

Who is the second Guardian Olivia mentions? (I bet they’ve got a spare Magdalena hidden somewhere.)

Who saw that comment about Jones considering Cole as a son coming? Not this reviewer.

Did Olivia betray Jennifer or just say what Jones wanted to hear? Also, why is she encouraging Jennifer to keep drawing?

Cassie and Cole spend this episode researching their son through journals left in his former residence. Lucky for them he took such meticulous notes. They pinpoint exactly what went wrong: Athan met a girl. The only problem with meeting girls is that they sometimes die, like Eliza did. Over and over again, on the same day, no matter what Athan tried to save her. Cassie’s sudden realization of meeting Athan on the day she lost her first patient and the ensuing conversation gave Athan the little shove he needed to come up with a plan to stop time. The guy’s mom -wished- for time to stop. Pretty major for Cassie to deal with, but Cole uses his brains to figure out where they’ll run into their son: Eliza’s funeral.

Although Athan is human and Primary, he suffers from the same kind of ennui a god or immortal might. Most people are boring and even the interesting ones will die long before he plans to. All that changed when he met Eliza though. I think I’ve seen that “rich guy buys his way into poor girl’s heart” shtick before, but Athan executed his version with panache. Where did he find five, highly qualified nurses standing by, anyway? Doesn’t matter. The plan worked and he eventually got the girl.

For a little while, anyway. The bit about the local gangster taking umbrage with her thieving activities and killing her for it felt somewhat forced. We only saw her don the white mask the one time when she held up the clockmaker’s shop. We should assume she’s continued stealing stuff, particularly from the gang leader, even though she’s been dating a wealthy philanthropist? This link feels weak in the story chain, but I can live with it. This episode’s name is “Thief”, but that probably refers to Eliza stealing Athan’s heart rather than her mask-wearing hi-jinx.

Speaking of Jennifer, talk about playing to one’s strengths! Yes, her mind suffers from voices and visions, but her decision to go “full crazy” showed she still has plenty of her mental faculties in-tact. That wink and tongue click she showed Deacon just before her farewell Splinter should have told you: she knew what she was doing. The head-banging, while dramatic and not recommended, convinced everyone she had finally lost it and needed a permanent vacation.

The splinter vests have a steampunk element to them, requiring small clockwork bits to operate.

We find out where the mask came from and why it was displayed prominently: Eliza wore it when they first met.

This episode ranks as my favorite of the season so far.

Will Cassie and Cole successfully convince their son to quit his evil plan? Will Cassie forgive herself for providing Athan the push he needed to send the world?

Does Eliza’s perpetual death mean anything? It almost reeks of fate or some other hand at work dictating that when you die, you die. Reminds me of how time would try to prevent Jake from changing events in 11/22/63 (both the Hulu show and the Stephen King novel).

If Jennifer had access to a vest, would she be a little more sane?

Where / When did Jennifer go? 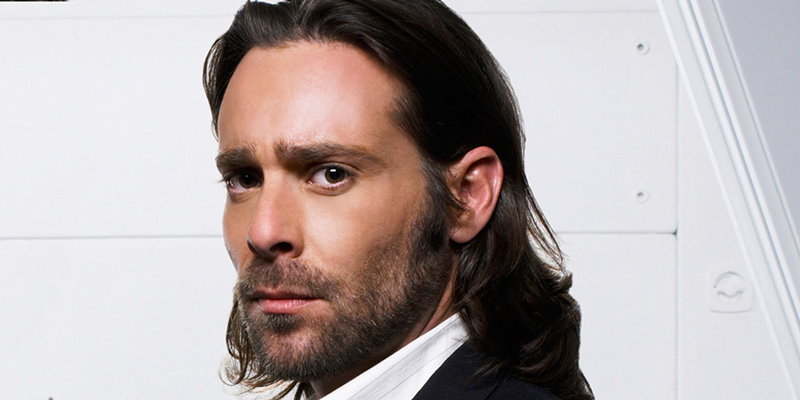 Athan made a lot of progress in one episode. It help when you can travel to another time, heal and ponder things, and then return to just about the instant you just left. Still, he came through for mom and dad when they needed him. One aspect of Athan I enjoyed seeing, was how, while he was very well educated and smart, he wasn’t omnipotent and all-knowing. The way the Army of the 12 Monkeys reveres the Witness, I started thinking he had achieved semi-godlike status. Nope. Just a man with a time travel vest.

Although he regretted ratting Cassie and Cole out to Olivia via their subliminal mirror-chat, before Jones (and subsequently Titan) splintered in, he seemed to make the most progress in the time spent with Jennifer in London. Jennifer played several moves over several episodes to position herself in the exact right place – Eliza’s tomb as it turns out. Something about her dedication to her friends might have informed Athan quite a bit about the kind of people his parents are. Upon learning that, he knew it was up to him to save them. Plus we got a shot of James Callis, wearing a plague doctor mask, raising his arms like Jesus, and opening up on his fickle followers with a pair of sub-machine guns. Awesome.

Cassie and Cole worked in lockstep this episode. As previously stated, I love seeing them together. They both show a willingness to fight for each other and sacrifice for each other.

The masked Witness was never the Witness! Olivia wore the mask all along!

“Off to Hogwarts with ya!” – Jennifer Goines paraphrasing Harry Potter

Is everything cool now with Team Splinter? Deacon didn’t shoot Cole or Cassie on sight, so that’s an improvement.

What does that little “serpent” poem have to do with anything? Why is it important that Cole’s mom wrote it?

I wonder if Athan’s death was shown on his time map… Other, lesser Primaries knew when their number was up.

How long did Athan stay with Jennifer in London? Did their relationship…. evolve?

Everything we thought we knew turned out to be a lie. This show was never about Athan the Witness. Thus, Olivia needed to go through the whole saga with Athan the Witness to prepare herself for taking on that role herself. Never. Saw. That. Coming. In seasons and episodes past, deaths have been routinely overturned, so we still have hope for Dr. Adler and maybe even Athan.

What do we have to look forward to? First off, Team Splinter has to deal with the uninvited Titan butting into their neighborhood. Ever hear of deed restrictions? Zoning? Sheesh. Having seen a future with the Time Travel Facility in pieces, I expect Cole and friends will put on a reenactment of the Alamo. Their compliment of Daughters is way down after the failed siege at Cole and Cassie’s 1959 house, not to mention the few Olivia took out on her way to Titan, so the fight promises to be very tough. After that? The mission is the same: Kill the Witness.