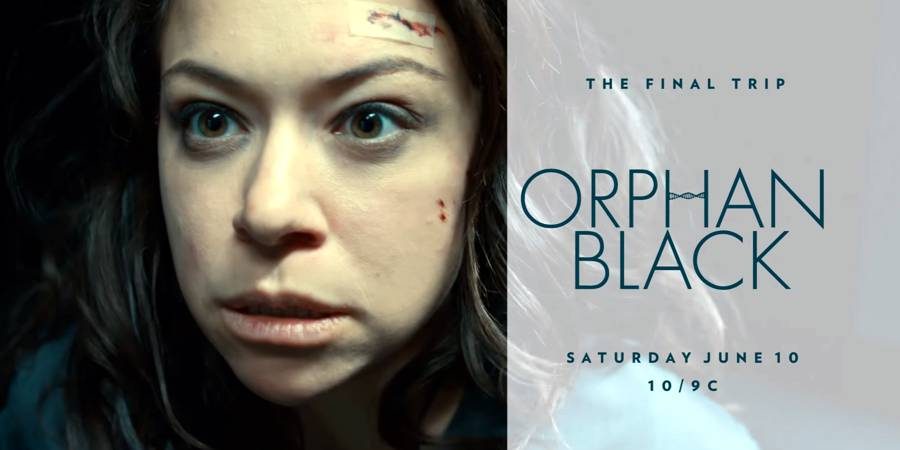 This is it, Clone Club; the final trailer for season 5 of Orphan Black is here. With less than 3 weeks to go until the premiere on Saturday, June 10 at 10/9c this final trailer will have to last you. I’m sure there will be news and hopefully some pictures before season 5 gets underway, but BBC America says this is the last trailer.

They didn’t say anything about sneak peeks, insider clips, or behind-the-scenes stuff, though, did they?

BBC AMERICA released today the final Orphan Black trailer, revealing clues on the fate of the sestra-hood. Get a final look at what to expect this season on the network’s award-winning clone drama before the series returns Saturday, June 10th at 10/9c.

The clones have been through it all together. From assassinations, detrimental illnesses, monitors and accidental murders to suburban drug fronts, kidnappings, male clones and biological warfare – there isn’t anything this lot hasn’t experienced. But through it all, they’ve remained united in their love and mission to keep each other safe at all costs.  They’ve sacrificed their families, the loves of their lives, and any true sense of normalcy – all for the chance to liberate themselves from forces much bigger than any one of them. Now, they must all fight for the family they’ve chosen, for a new future and ultimately, for freedom.

The cast and executive producers of Orphan Black will make an appearance in NYC at their sold-out Split Screen Festival screening and panel Tuesday, June 6th at 6:30p ET.

If this isn’t enough for you, there’s always this other promo along with synopses of episodes one, two, and three. You can catch all that here: New Orphan Black Promo, Synopses for Eps 1, 2, & 3.