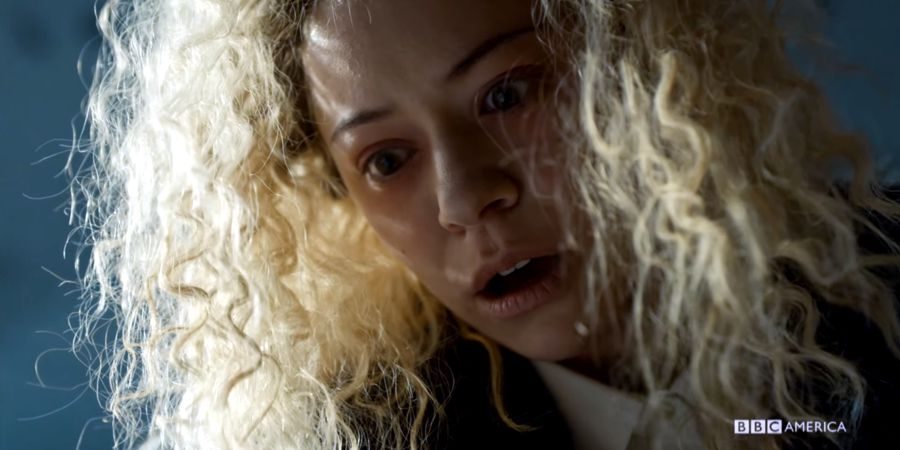 They say old habits die hard, and it’s true. In this Orphan Black first-look scene, we spy on Helena doing something very … Helena-like. There’s no context to this clip, but we all know the sestras are fighting for their very lives.

I don’t know about you, but I felt season 4 had way too little Helena. This sneak peek into season 5 gives me hope we’ll be seeing more of the funny, unstable, loving, broken, and very pregnant clone. I could seriously watch a spin-off with Helena, Donnie, Alison, and Felix. If anyone who works on Orphan Black is reading this, could you get on that right away? That’d be great, thanks.

As the end draws near for the award-winning clone drama, Orphan Black, BBC AMERICA released today a first look at the jaw-dropping action set to light the season ablaze. In this mind-bending scene, it appears Helena (Tatiana Maslany) is up to old habits that can only spell death for her sisters. Questions arise as to why this is happening, what is driving her and who did she kill? Orphan Black returns Saturday, June 10th at 10/9c on BBC AMERICA.

The cast and crew of Orphan Black will make an appearance in NYC at their sold-out Split Screen Festival screening and panel Tuesday, June 6th at 6:30p ET.