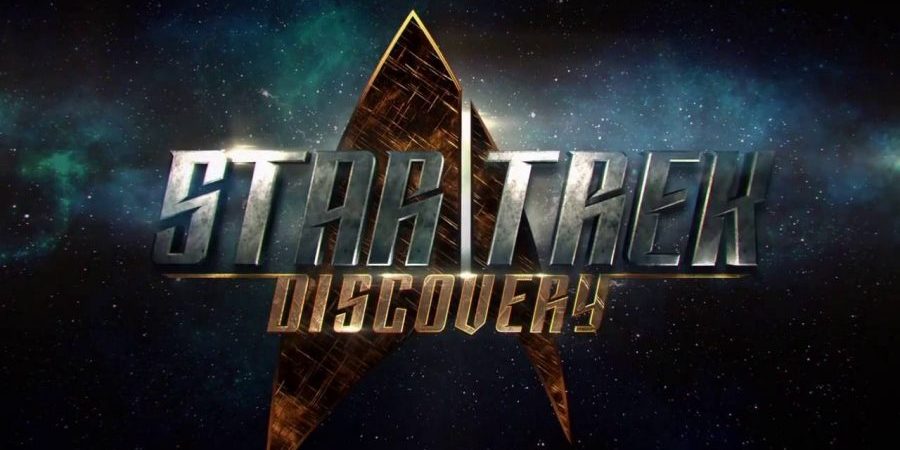 Though they’ve had a little trouble getting out of space dock, the new Star Trek offering — Star Trek: Discovery — is starting to get its warp engines online. The first photo from the set of the new series was released through Entertainment Weekly and it offers us a look that is not only interesting, but inspires many questions. And isn’t that fun? Two key members of the series, Michelle Yeoh as Captain Philippa Georgiou and Sonequa Martin-Green as 1st Officer Michael Burnham are standing on a planet that delivers a barren vibe. The pair are decked out in what appears to be some sort of desert garb with utility a belt stocked with some goodies, including what looks to be an old-school communicator.

Remember, Star Trek: Discovery is set before the original Star Trek, so we likely will see some toys that we’re familiar with, perhaps with a little variation here or there. I have to admit, there’s a bit of a Star Wars vibe going on here, but that’s cool. I actually find the idea of some barren landscape and the adventures that may take place there intriguing. How about you? The photos, and subsequent filming that they belong to, are an important step for those of us who have been anxiously awaiting this project. Star Trek: Discovery struggled a bit to get out of the gate and has been pushed back a time or two as casting, rewrites and other issues bogged things down. 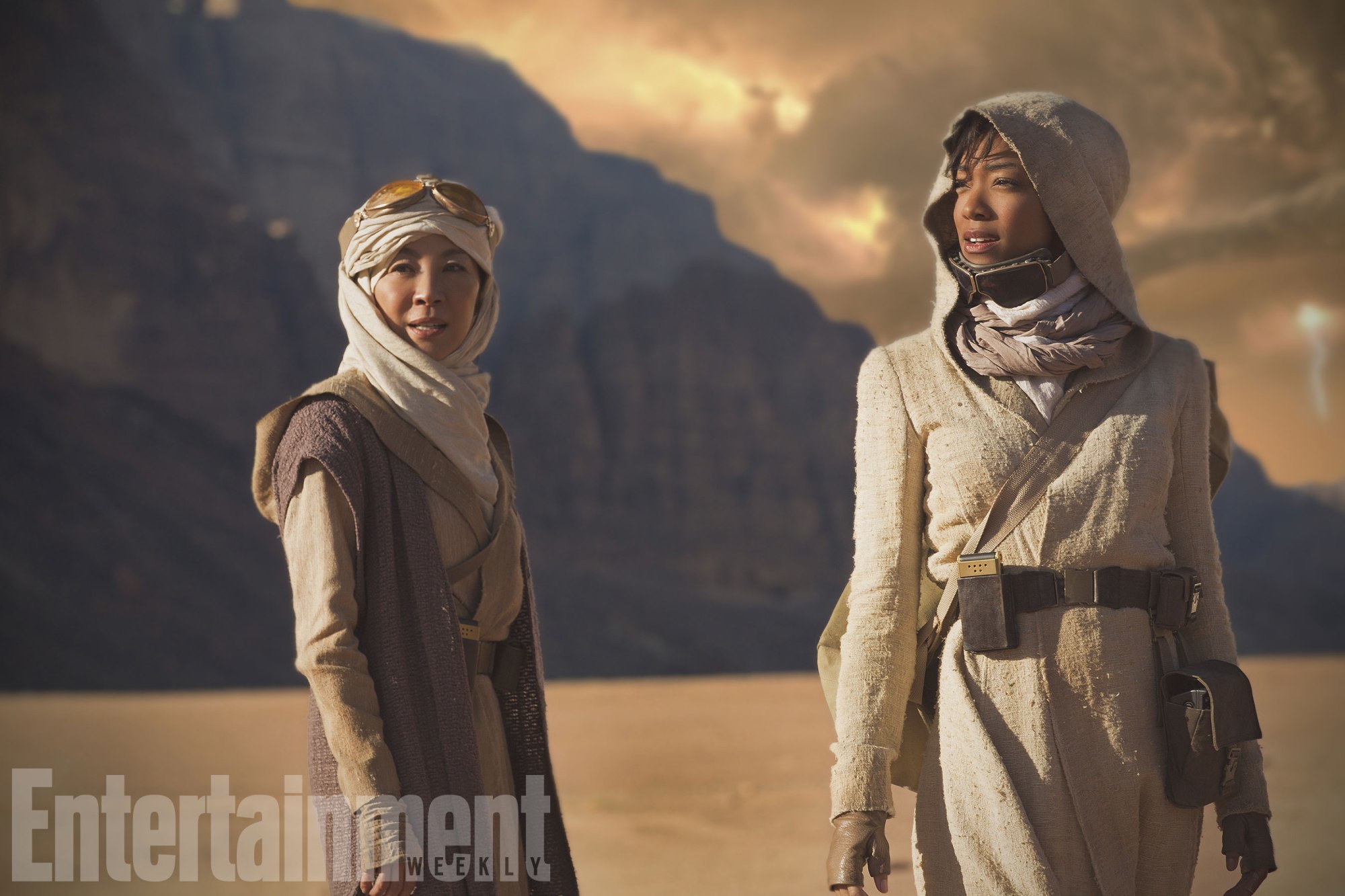 However, that appears to be over and the mission of the Discovery, and the realm it will operate in, is heading at warp speed toward us sometime this fall (hopefully). If you remember, the cast is stellar with names and faces you’ll recognize that have done very good work on other projects. They are: Yeoh and Martin-Green, Jason Isaacs as Captain Lorca, Doug Jones as Lt. Saru, James Frain as Spock’s father Sarak, Anthony Rapp as Lt. Stamets, and my favorite choice so far, Rainn Wilson as the incorrigible con man Harry Mudd.

Star Trek:Discovery will adhere to the vibe and intent of the original Star Trek shows, but as with all iterations of the show, will also break new ground in terms culture and philosophy. Star Trek has always been fertile soil for exploring not just the stars, but the people who travel among them. Expect Star Trek: Discovery to be grittier, more adult and not afraid to address topics that will be of interest in the here and now.

For those of us who have waited, the photo and realization that this project is finally coming our way in the foreseeable future is a tasty morsel, indeed. And it simply feeds the flames for more.