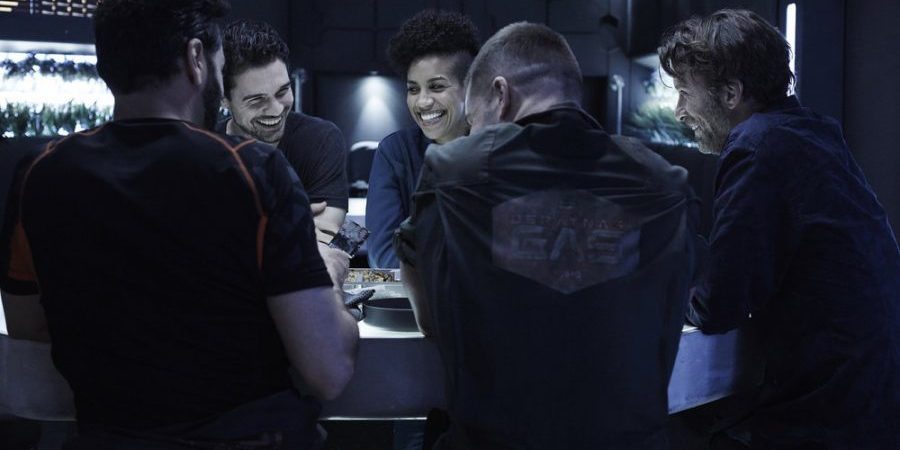 While season 2 of The Expanse continues to fade in the rearview mirror, I find myself asking questions about what went on this past season, and what might be possible in the future. The who, what, why, when and where of season 2 has been a fun exercise in rehashing what we saw while simultaneously playing out possible scenarios for season 3. It’s all speculation on my part, of course, but that’s part of the fun, right?

I’m sure the imaginative folks in the Expanse Writers Room are toiling away feverishly in a sweat-inducing creative vortex that will produce magical material for all of our favorite characters and wrap up dangling storylines neat as a Christmas package – or not. Personally, I’m in favor of the “or not” scenario. I like a dangling thread of storyline to keep me guessing – and if the finale of season 2 did anything for us, the passionate viewers, it left us with plenty of interesting questions to ponder in the off-season.

So, with that theme in mind, here’s a look at a few questions I’ll be pondering as I eagerly await the arrival of season 3 of The Expanse. I mean, there are a ton of issues we could hash out, but these are the threads I’m pulling at the moment. Feel free to join in and ponder as well. Onward. 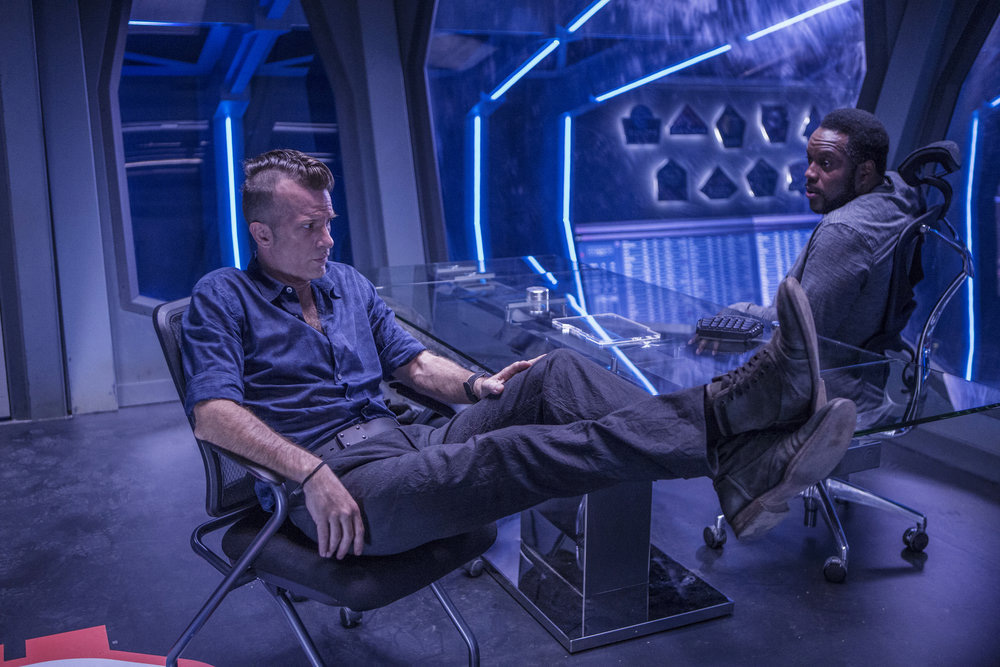 Have we truly seen the last of Julie Mao and Joe Miller?
Yes, I know that the space station carrying our star-crossed protomolecule-encrusted sweeties crashed head-first into Venus. And yes, I know that the protomolecule is in the midst of doing something both terrifying and incredible on the surface of the planet. And yes, the odds of Miller and Mao surviving all of that are miniscule at best – and yet, I can’t help but continue to wonder if we’re not going to see them in some sort of manifestation moving forward. As we’ve seen, the Protomolecule is a strange and wondrous creation whose power and limits aren’t even slightly grasped thus far. “Miller Lives” is the cry of my sci-fi loving heart.

So, in the interest of my own self-interest, I’m hoping that our dynamic test-crash duo will somehow rise from the glowing embers of the protomolecule’s development to visit us again – in some form. These are two characters I like and wouldn’t mind walking down a little memory lane with them in some way in season 3. And while we’re talking about Miller, I’d like someone to tell me what you’d call that hairstyle he appropriated at the end of the season. It was kind of a cross between a mullet and a mohawk. Would you call that a “mullhawk” or perhaps a “mollet?” Just one of those useless questions that gnaws at me in the wee hours of the night.

Remember, Dr. Meng helped destroy a protomolecule being just outside the hull of the Rocinante in the season-ender and the assumption was that Strickland and his band of non-feeling, results-are-the-only-thing-that-matters scientific cohorts had turned kids into these monsters. Well, they still might, but Mei is currently safe at some large facility hiding on some moon or meteor or car wash in the galaxy. Honestly, the protomolecule scientist trail has more bunkers than a paranoid small country dictator, which should make tracking down Mei problematic moving forward. I mean, what clues do they have to go on now that they’ve left Ganymede? That’s a problem for the writers, one I’m pretty confident they will solve with their usual flurry of creativity and craftiness.

I think this question really leads to the overarching question of just how far and how deep does this protomolecule scenario run? Is anyone not tainted by it? 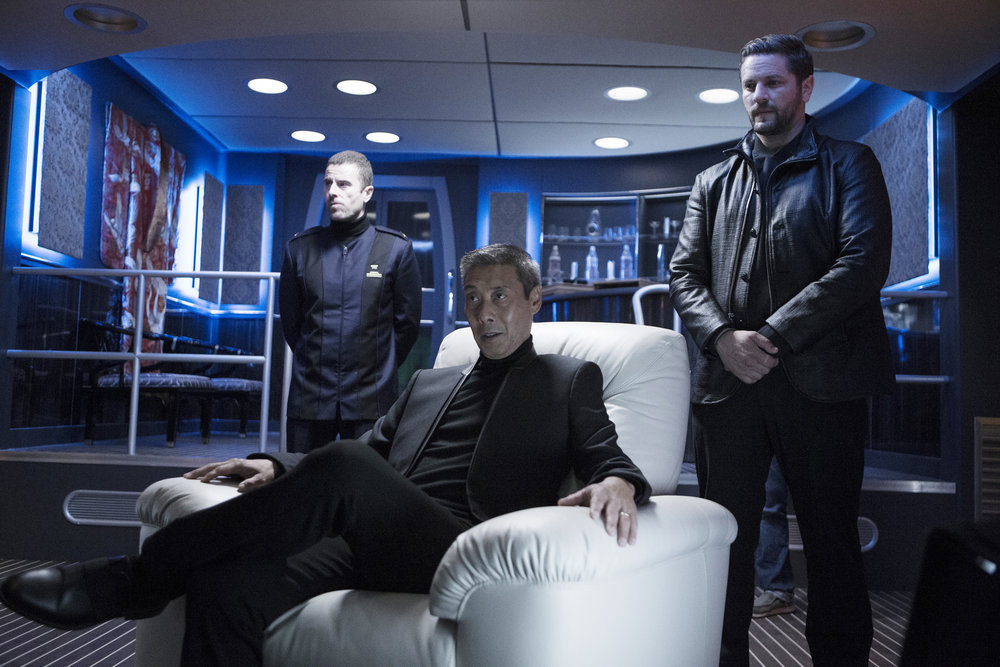 Everyone’s got the protomolecule, so now what?
I feel a bit of sadness for Captain James Holden regarding the protomolecule. The man truly wanted to end the threat and contain this dangerous compound with all his youthful vitality. In the end that was not to be. In fact, all three of the main factions – Earth, Mars and The Belt have the protomolecule or information on it (hello, Andreson Dawes – we’ll get to you in a moment). In essence, Holden failed miserably in his attempt to keep the protomolecule at bay, though much of it was beyond his control. Still, that’s got to gnaw at a guy, right?

So, now that it’s out there, what’s next?. I mean, I’m talking about those three entities having it, but there’s also this fourth thing going on along the Venus surface that will play into it as well. Will it be used for good, bad or a little bit of both? Is there going to be trouble or will they all play nice together in a protomolecule sandbox? My guess is that playing nice won’t be part of the package. Greed, paranoia, power and, oh yes, greed, will transform the sandbox into a galaxy-wide battleground. But that’s just the romantic in me.

Regardless of what I think, I’m very interested to see how this new science/weapon/technology/potential plays itself out in season 3 for Earth, The Belt and Mars (oh, and Venus as well). Now that the cat is out of the bag, which group learns how to do what with the protomolecule will be very interesting. The protomolecule certainly looks like a game-changer, so I’m curious to know how the game gets changed moving forward. Who wins? Who loses? And who is caught in the middle?

What’s your game, Anderson Dawes?
As you recall, Mr. Dawes kidnapped a protomolecule scientist from Fred Johnson. This scientist can provide detailed information on the protomolecule, which will be helpful to a point. Dawes promised to share that knowledge with the Belt. As I recall, he told Fred Johnson that he stole his secret and now was going to share it with The Belt. However, now that Johnson has acquired his own real-time sample of the protomolecule (thank you, Naomi), where does that leave Dawes? Got to be honest here, Dawes seems too cagey a survivor to not find a way to make this work to his advantage in some way. What that might entail, however, is anyone’s fun guess. I’d like to think he becomes a player in all this fuss.

I suppose there’s some leverage in having the scientist at your fingertips, but it would seem to be lessened by Johnson’s acquisition of the real stuff. The pair used to be good friends, so I’m wondering if the two will put aside their differences and work together for the good of the Belt? That would seem to be the logical course this storyline should play into, but as we’ve seen so often with this show, logic doesn’t always dictate the eventual reality. And the prospect of this kind of power can often bring out the worst in people, not the cooperative best. This situation is worth a close look in season 3. 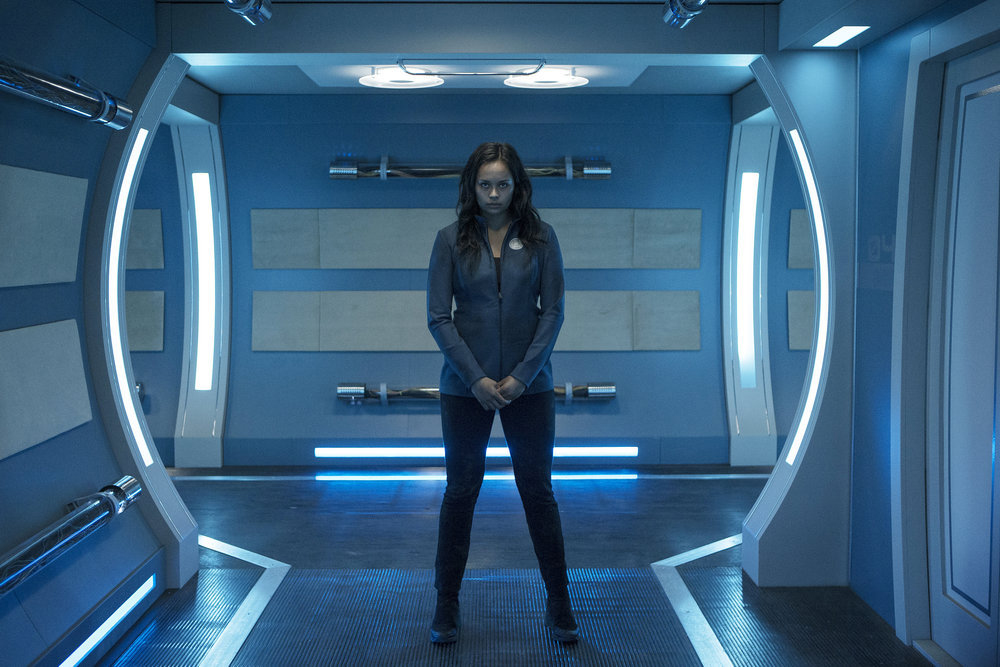 What’s next for Bobbie Draper?
All you can say about former Martian Marine Bobbie Draper is that the final few episodes of season 2 were eventful and shockingly life-changing for her. One moment she’s the pride of the Martian military, the next she’s being asked to obfuscate the facts of a battle. Then she’s confined to quarters, then escapes on a journey to the sea, then back under arrest, then punches her commander in the face a few times before eventually seeking asylum on Earth. Whew, I’m exhausted just rehashing it.

Now that she’s cast her lot with Earth, disclosed the truth about Mars and the Protomolecule, and been involved in a firefight aboard Jules-Pierre Mao’s luxury spaceship, I have to wonder what does she get involved in during season 3? I find myself really wanting the relationship between Chrisjen Asavarala, Cotyar and Bobbie Draper to morph into something long-term. They seem to be a formidable trio. It all got started on the Mao ship, as Cotyar and Draper forged a strange sort of semi-mutual respect moment or two during the trip and the subsequent battle. But what will her role be moving forward and how might she factor into Chrisjen’s world?  An asset? No question. Or will Bobbie Draper forge her own path on The Expanse?

Chrisjen, Cotyar and Draper are three of my favorite characters on this show and the chance to see them play off each other with those distinctive personalities would, in my humble and exotic opinion, offer a lot potential moving forward. Let’s be honest, Bobbie Draper needs a good break at this point. The final month of the season were, to say the least, hard and unkind to her. 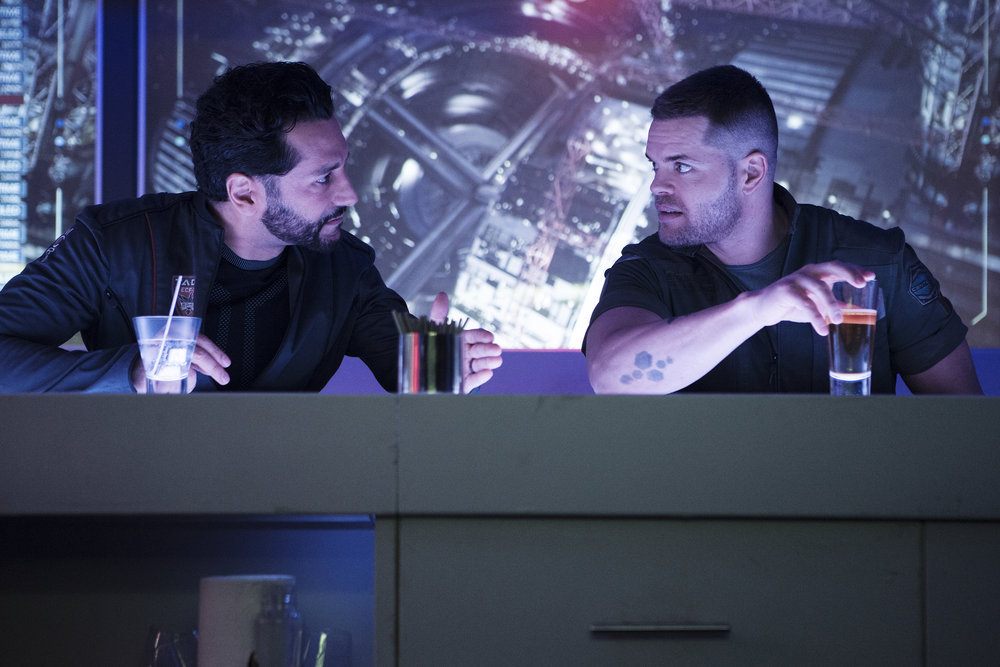 Here’s a few more trinkets to ponder for season 3:
– What path will Captain Holden and Naomi Nagata’s relationship take now that she’s admitted to betraying his trust with the protomolecule (which she gave to Fred Johnson)?
– Amos Burton was sailing a bit on the sea of self-discovery in the season’s final weeks. Where will that lead him moving forward?
– Pilot extraordinaire Alex Kamal seems to be the steadying voice on the Rocinante these days, though he’s ignored too often, in my opinion. What’s next for him as his shipmates sort of deal with their own issues? Can he continue to be that solid sounding board?
– Does Dr. Meng become a de facto member of the Rocinante crew moving forward as they look for Mei? I kind of hope so as he offers an interesting counterpoint to Holden’s emotional side.
– Sadavir Errinwright, who seemed on the precipice of it all crashing down upon him, rose like a Phoenix to assassinate a Mars general and basically tell Chrisjen and Mao that he’s running the protomolecule show and they can suck it.
– Speaking of Errinwright and Chrisjen, how does she counter the undersecretary’s underhandedness?

I’m sure there are more questions to be answered when season 3 arrives, as well as plenty of new questions that we’ll want answers to. But for now, let’s all be content to know that The Expanse continues to grow in popularity. It’s a show not only worth watching, but worth talking about. So keep it up, folks.