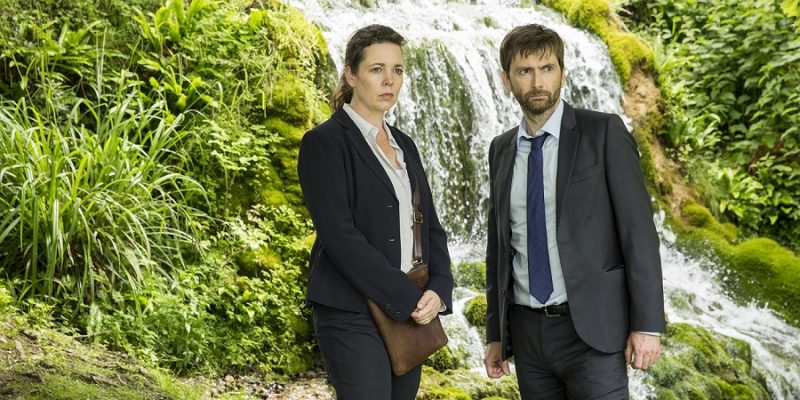 Broadchurch is finally back on our screens this evening and boy has this show been missed. A few years have passed, both in reality and in Broadchurch, the community has changed but also has that nostalgic feeling we’ve all grown to adore. DI Hardy and SD Miller come together for one last case, a horrific attack that will affect the community in new ways. David Tennant and Olivia Coleman are just swimmingly fantastic together on screen. Which is much needed comic relief with this season confronting such an intense and grim topic overall. 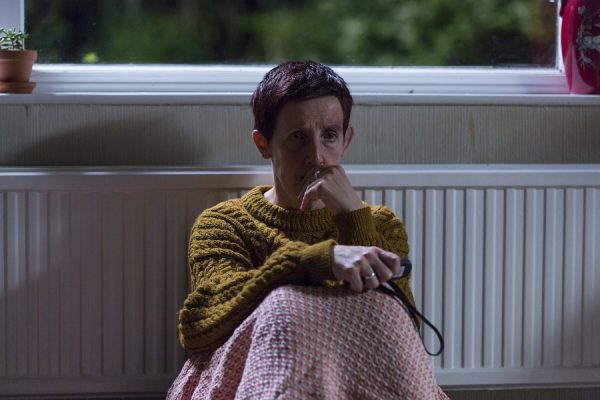 It’s a much calmer and somber opening than in previous seasons, with Trish Winterman reporting an attack she recently underwent. Not just any attack, but a very serious and violent sexual assault. From here we are given a very forensic and detailed look at how carefully she is treated and cared for and just how precise everything needs to be done from the police side of things. You can’t help but empathize with Trish as she is questioned, prodded and examined for any evidence. From giving up her clothing, to swabbing her mouth for DNA the whole experience is just cringe worthy and distressing. Trish, played by Julie Hesmondhalgh, is fantastically compelling to watch as this stories victim. She has such broken body language and a bewildered look about her, it’s absolutely devastating to watch her process everything that’s happening around her. After getting some basic information from her about what happened she interrupts our golden duo with a heavy question, leaving viewers with a glimpse of where this season might be headed.

Do you believe me? – Trish Winterman

We learn that the attack happened a few nights previous, at her friend’s 50th birthday party. With a guest list that includes around 80 individuals, 50 or so of them being male, and a private party space with virtually no surveillance this isn’t going to be the easiest case to crack. Miller and Hardy begin some basic questioning and take a crack at finding the crime scene. The Broadchurch community has some new neighbors among the familiar faces and at this point, anyone could be a suspect. We meet the creepy taxi driver, Clive, who is an acquaintance of Trish’s and specifically was hired to drop her off and pick her up from the party that night. Cath and Jim Atwood, who hosted the party for Cath’s birthday. Or maybe it’s Ed Burnett, who is the manager of the farm shop that both Trish and Cath work at. If anything can be learned from the previous seasons of this brilliant show, it’s that you can’t make assumptions quite yet. With a suspect list this large, there will certainly be red herrings thrown our way in these first few establishing episodes.

Miller and Hardy are successful in finding the potential crime scene, far enough away from the party location there is a waterfall and small pond, which matches to Trish’s memory of the sound of water. They also find a rock with blood on it, Trish had experienced a head wound, some locally made twine, that could match the forensics on what she was tied up with, and a condom wrapper. This discovery brings the case down a much darker path, this attack was definitely pre-determined and the longer it goes unsolved the more likely it is that the rapist will strike again. They make an announcement to the community that a violent attack did occur and to be vigilant, which only signals to the attacker that the police think it was pre-determined. 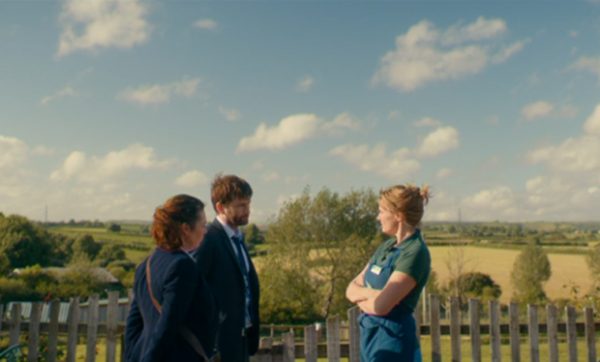 We do see some familiar faces in the form of the Latimer family. Beth, having moved on from Danny’s death in her own way is now an Independent Sexual Violence Advisor and has been assigned to Trish. Mark, her now estranged husband hasn’t quite gotten over Danny’s death or Joe Miller’s trial taking a turn for the worse. He sold his version of the story to a well known author and now severely regrets that decision. When she comes to town for a book signing he lurks around out front, sickened that she would come to their town at all and at the people who would go see her. These are his neighbors and community members and he can’t understand why any of them would read a book of something that happened to one of their own. Reverend Paul is still there and helping Mark to deal with these demons.

With each episode we will get closer to the truth behind Trish’s attack, but slowly and intricately we see how the webs of each cast member start spinning and weaving with each other. We’ve got a good balance of fresh faces to counter some well known Broadchurch residents and with a topic that is both difficult and on the rise, I expect some powerful messages to come out of season 3. Starting off with the fact that our sexual assault victim isn’t the “young, attractive, 20 something” that fictional accounts tend to portray. Trish is a divorced middle aged mother, reminding us that this type of violence doesn’t just happen to a certain victim, it can and does happen to a wide variety of people. This season also is looking at society’s standards and lack thereof, specifically with the entire rape culture and pornography. Tom, Miller’s now moody teen aged son, gets suspended from school for sharing porn with other classmates via his smart phone, showing just how accessible and common place it is, even among tiny children. Miller at least snaps at him for that one, hopefully putting him in his place with, “I will NOT let you be your father’s son.”

What makes this final season so utterly compelling is that we are getting to see how the victim copes and reacts to the horrifying event that happened. We still have the bickering between Hardy and Miller, see how the community acts and responds, follow along with the investigation and questionings but we also get to see Trish Winterman and how completely changed and affected she is. This first episode was a lot to take in, but the pacing felt right. I expect plenty of twists and red herrings to be thrown out at us in this final season, but with over 50 men at Cath’s party and no security measures at the venue, Hardy and Miller will have their work cut out for them in finding the culprit.

Let’s take a look at a few interesting notes from this first episode. 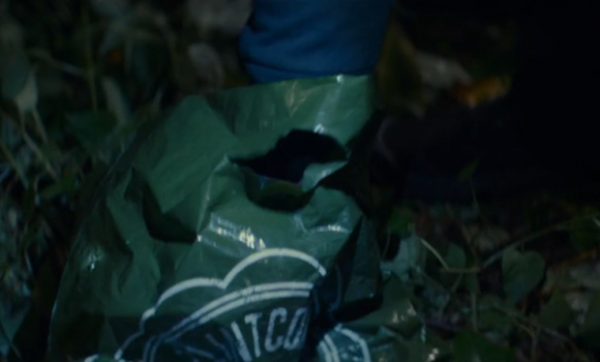 What did you spot from tonight’s episode? Happy to be back in Broadchurch after all this time? Let me know what you thought of tonight’s episode by either leaving me a comment or finding me on twitter!