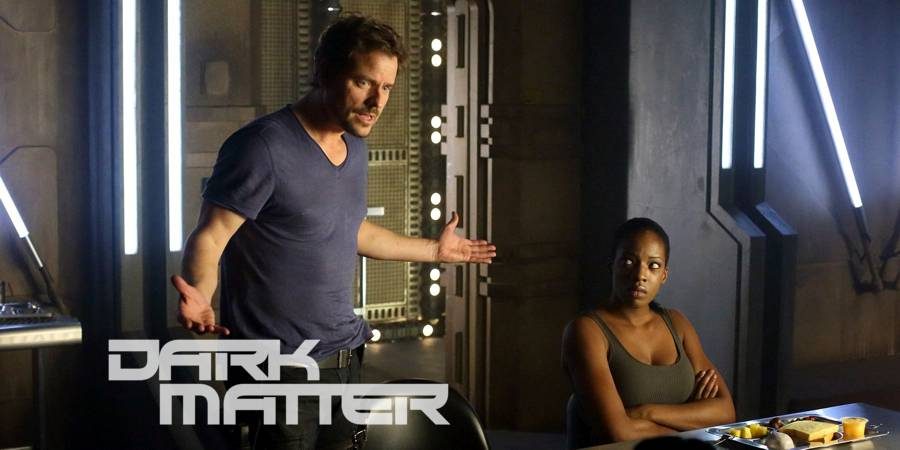 Why Dark Matter 304 Is the Ideal Episode for New Viewers

By: Tom Gardiner
304 All the Time in the World Dark Matter

At one time, serialized television was fairly rare. Today, in the age of binge watching, the airwaves and information highways are rife with quality, serialized tales. This long-form storytelling has the advantage of being able to weave a more complex and satisfying narrative than a procedural-style show can. But these longer stories also have a disadvantage when it comes to luring new viewers in mid-stride. People worry that starting a show when it’s in the middle of its huge and often complex adventure will be confusing, and often they’d be right. 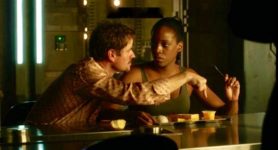 Although, every now and then a series presents an episode that’s a perfect jumping-on spot. This week’s Dark Matter episode “All the Time in the World” is a prime example of such an episode. It’s largely self-contained, so new viewers won’t have to rely on much more than the basic premise of the show to follow along.

While the episode brings up past events and hints at future ones, none will detract from a new viewer’s enjoyment. In fact, these events will serve as an enticement to learn more rather than confuse or frustrate. And this episode is funny as hell. Everyone loves to laugh, and this is easily the most comedic episode of Dark Matter to date. If you watch, you’ll see the comedy isn’t just for laughs, but is also integral to both the story and character development. 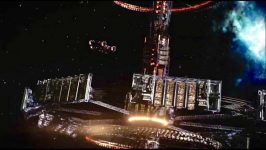 Opening on the plight of one character, “All the Time in the World” eases you into a hilarious “Groundhog Day”-type story. As it unfolds in at first familiar ways, more characters are brought into the loop (of course I went there) and that’s where it departs into new territory – taking a familiar premise, twisting it a little, then just plain having fun with it. The fun is contagious and social media will be abuzz during the broadcast and for a long time afterward. I’m certain of it.

Centering on Anthony Lemke’s lovable rogue “Three” is genius. He’s perfect for the role, balancing comedy, action, and emotional scenes with ease. He’s also the character new viewers are most likely to be drawn to. Although, to be fair, this can be said for everyone in the cast. Maybe Lemke just got lucky. Maybe we’ll never know. But one thing is certain, if you watch you will have fun and you will laugh.

Comedy is nothing new to Dark Matter. The show is peppered with light moments and dialogue that flow perfectly with the characters and situations. It meshes action and humor in a way that makes you just fall in love, or hate, with the characters. This was a hallmark of the Stargate series – shows that Mr. Mallozzi and Mr. Mullie played large parts in making. That same DNA runs through everything about the Dark Matter universe. 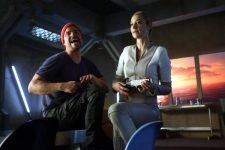 So if you’re a fan who’s been trying to get your family, friends, coworkers, and everyone to watch, this is your chance to recruit them. If you’re not a viewer, but enjoy laughter, excitement, intrigue, action, and witty dialogue then “All the Time in the World” is your chance to become one! A fan, that is. I’m fairly certain this will win you over. If I weren’t, I wouldn’t have spent the time writing this.

So add an event to your calendar, set your DVR, grab something that tweets, and join us this Friday, June 23 at 9/8c. Dark Matter will be airing on both Syfy and Space, and you can stream it live or later on Syfy.com.