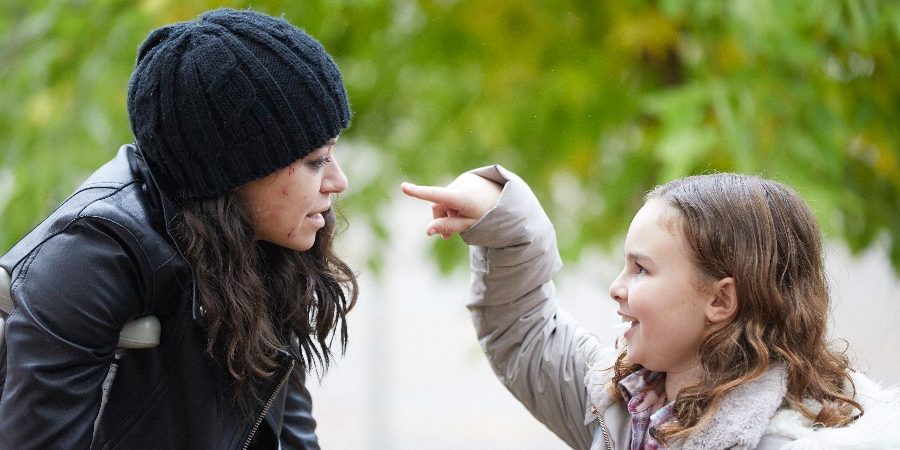 Orphan Black is going all out for it’s final season, and the second episode “Clutch of Greed” will leave fans desperate for more. Buckle up Clone Club because tonight’s episode will take you for one hell of a ride. This episode is not for the light-hearted and stakes are high for the final trip. We expect answers but it doesn’t really hit you there there will also have to be deaths, nobody said that the final trip means a happy ending for all. “Clutch of Greed” demands that the In Memoriam segment begin and left me both in shock and also worried for the Clone Club family that I know and love.

Rachel, the clone we all love to hate, has changed the most so far on this final trip. I’m not certain how genuine that change really is though and how far she should be trusted. Sure, she helped to save Cosima last week and welcomed her into the Revival Camp AKA Camp Creepy. But this is Rachel we’re talking about, so she’s helping Cosima while kidnapping Sarah all at the same time. Sarah is back in the hands of Neolution but Rachel is offering her a way out. A way to go home and be with her family, no more running. Ferdinand comically asks if Sarah Manning is ready to behave, which we all know isn’t going to happen. Rachel is offering Sarah her freedom, but it comes at a stiff cost. Kira’s unique biology gets to be studied by Dyad. After verifying that Alison and Cosima are also safe, Sarah, Kira, & Mrs. S agree (for now) and head home to Felix. Kira is extremely excited to be going back to school and going home, she is ready to have a real sense of childhood and you can tell she doesn’t mind the Dyad part of this agreement if it means that she can have a somewhat normal life again. 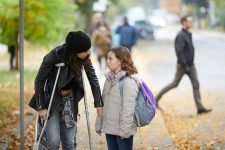 Though the house is being watched, and their every move followed, Sarah and crew come up with a way to get herself and Kira out of Neolution’s grip and into hiding. MK reached out through one of the many “SarahManning” avatars spammed out last week and they’ve verified that it really is MK. She’s been hiding out in Felix’s old flat and unfortunately the clone’s disease has been taking quite a toll on her. She’s arranged for Sarah and Kira to make it out safely, but she isn’t up for the journey with them. She’s been running and hiding far too long and instead just wants to help how she can. Sarah, dressed as Rachel is able to get Kira out of school so they can get to the rendezvous point but Kira is maturing and wants to make her own decisions. She is also curious about her biology and understand why she can feel the Sestras, she wants to be studied by Rachel and figure out more about who she is.

Rachel really is the most changed clone thus far this season and it’ll be interesting to see who she becomes after beginning her work with P.T Westmoreland. She wants to reinstate the human cloning project and Kira is the key to that. It looks like she really does want a change and for this fighting to end and that she is willing to keep the sestras safe. Ferdinand isn’t overly happy with this newfound Rachel, and he is finding that his needs and desires are being left unfulfilled. He still seems to be by her side, but disobeys orders when realizing that Sarah is probably making a plan to get Kira from school.

Helena and Donnie haven’t made any contact with Alison since their little camping trip, they’ve made it to the hospital and successfully had the stick removed from her belly and things so far are looking good. There was a slight issue with one of the babies, the stick punctured into it’s chest, so they need to look a little closer at that and be sure it’s is doing okay. Helena is of course overly protective of her babies and doesn’t want anything to be done to look at their genetics. When the second ultrasound comes back showing that the injured twin is no longer injured, suspicions are raised about how that is even possible. Donnie is pulled out of the room leaving Helena and the specialist, she ends up taking the amniotic fluid needle and sticking it through the doctor’s cheek and tongue, pinning her to the table and walking out. Before disappearing she tells Donnie where she will be hiding, but tells him that he cannot tell anyone except Sarah where she will be. I am absolutely loving Helena and Donnie together and really hope that we see a lot more of them, and Alison in the episodes to come. Poor Alison is still trapped in her house, under careful watch by the creepy Neo Art is stuck with. She is adamant that Donnie and Helena will call and that it’s in Art’s and everyone’s best interest that they are brought in soon.

Cosmia is summoned by P.T and we get our first glimpse of him, let me tell you he looks damn good for 170 years old. Maybe Cosima shouldn’t have stopped her and Charlotte from taking the “required vitamins” over at camp creepy. He offers Cosmia basically anything she could need to continue her science. She is very up front over the fact that she has no intentions of helping to contribute to human cloning, she doesn’t want to be part of his collection and isn’t sure how she can fit in with his overall vision. He regales her with a philosophical puzzle, the cheese mites all discuss where they might have come from but not one ever thought of the cow. She might not be ready yet for his science but he hopes that one day she will be ready to look towards the cow. Either way she needs to continue her work on the cure for the Leeda sisters and at least in camp creepy she can keep an eye on things and have access to a brilliant lab. I am insanely happy with the actor choice for P.T, he was wonderfully brilliant and aloof while still being mysterious and surprisingly genuine. We finally get to see the man behind the curtains and damn is he going to be an epic addition to the cast for this final trip. 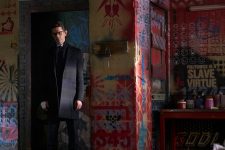 Ferdinand catches onto Sarah’s scheme to pick up Kira from school. After having an argument with Rachel and her lack of concern over taking care of his, we’ll just call it “special desires”, is pretty put out and in a sour mood. Sarah deviates from the plan, leaving Kira with Mrs. S and Felix so she can grab MK to go underground with them. Ferdinand follows Sarah to Felix’s loft and the pair only have a few moments to decide what to do. MK and Sarah begin to switch clothing, making it look like MK is a Sarah dressed as a Rachel. Oh clones, so many different ways to dress up as one dressing up as another to really confuse those around you. MK insists that Sarah take Kira and survive, she’s ready to fight for the only family she has left. Sarah takes her car and meets back up with Kira at their pickup point. Ferdinand then completely loses his mind, he’s clearly upset after being denied by Rachel and pats himself on the back over catching Sarah. Enjoying the fact that whichever clone he has cornered is dressed in a satisfying Rachel look, he takes even greater pleasure in realizing that it’s really MK he’s got. After the stress of the day and the denial of his needs he begins to take that out on MK, raging both about how Rachel has completely screwed him over and how MK is the one who stole all of his money.  Ferdinand murders MK in a horrific fashion, literally jumping up down on her chest cavity. Goodbye MK, thank you for everything and we hope you find peace reunited with your Helsinki family.

Kira is a smart child and is maturing more and more each season, she also has a special connection with the clones and can tell when something is wrong. She insists that something is wrong with MK and flat out refuses to go with Sarah. She wants to go to school, she wants to be studied by Dyad and she wants to understand why she can feel the things she does. Mrs. S and Felix defend Kira’s decision and they go back to the house to turn themselves in. Might not be anything more than a bump in the road for Rachel but this is obviously a kick while she’s down for Sarah. Back at home, Mrs. S opens her back door to find none other than Delphine. Neither woman knows if they can trust the other but both agree that it’s best if Neolution doesn’t know they’re communicating, which peaks the interest of Mrs. S about what might come out of this. 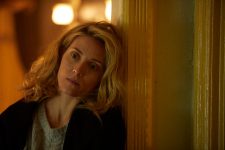 What did you think Clone Club? Is Ferdinand officially the most hated character on television now? Where you prepared for all of the drama on tonight’s episode? Leave me a comment with your own thoughts!