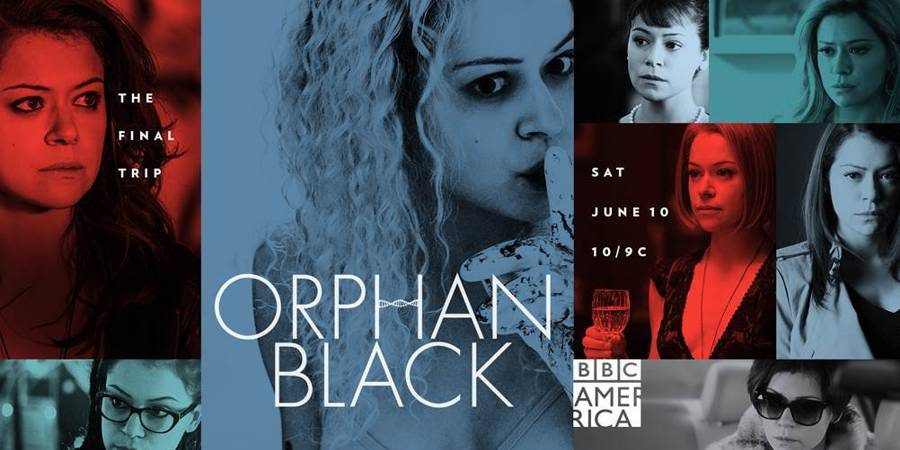 The fifth and final season of Orphan Black has just started, and it’s sad to think it’ll be over soon. But BBC America loves the Clone Club so they’ve released some very good news. You’ll be able to own season 5 on DVD/Bluray as early as September 12, 2017! That’s a very, very quick turnaround from the end of broadcast and is really good news at a bittersweet time in the show’s history.

What follows is the press release from BBC America giving further details of the release. It looks like it’ll be piled high with extras and more! So read on to see what you’re going to be buying in a few short months.

AVAILABLE IN THE U.S. ON BLU-RAY AND DVD 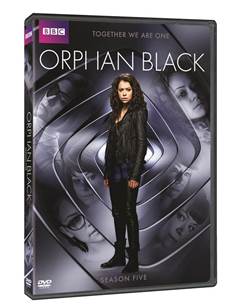 New York – June 14, 2017 –  BBC Home Entertainment announces the release of Orphan Black: Season Five on Blu-ray and DVD, available in the U.S. on September 12, 2017. In the final season of this critically acclaimed drama starring, Emmy®-award winning actress Tatiana Maslany, fans follow the last showdown between Sarah (Maslany) and Rachel (Maslany) – the clone who’s sought to destroy her and her sestras from day one.

Cosima and Alison (both played by Maslany), and their allies have been brought to heel. Even more harrowing is that Sarah’s daughter Kira (Skyler Wexler) has joined them in surrender. Rachel, sitting at the head of the Neolution table, has carte blanche access to their clone biology, and with Helena (Maslany) pregnant with twins, her biology is the most coveted of all. Sarah, and those still able to fight, will uncover the missing pieces of the insidious conspiracy – and finally free themselves from the tyranny that has taken over their lives. Despite the great risk, the fight of her life will either set her and her sestras free, or see them meet their end.

The fifth season of the clone drama that The Hollywood Reporter praised as “thoroughly impressive, wildly entertaining,” includes bonus features:

v  Island of Lost Souls, a detailed look at the Revival Village set and P.T. Westmoreland’s Cabinet of Curiosities.

v  Clone-Centric, a deep dive with the cast and creators of Orphan Black as they recollect Season Five’s unique clone-specific episodes, each spotlighting a different fan-favorite character.

v  The Beginning of the End, where fans can watch the cast and crew recount the pivotal moment in Season Five that made them realize that the show was truly ending.

v  Out of the Black, a reflection on the series from the cast and crew as they work together to film two challenging final clone scenes.

Orphan Black: Season Five also contains a special inside look into each episode, which will be available on BBC Worldwide North America’s digital partners (EST partners) the same day as each episode hits the season playlist, in addition to the Blu-ray and DVD.

The final season of Orphan Black airs on BBC AMERICA Saturdays at 10/9c. Orphan Black is produced by Temple Street Productions, a division of Boat Rocker Studios, in association with BBC AMERICA and Bell Media’s SPACE. The series is executive produced by Ivan Schneeberg and David Fortier, Graeme Manson, John Fawcett and Kerry Appleyard. The series is co-created by Manson and Fawcett, with Manson also serving as writer and Fawcett as director. BBC Worldwide distributes the series internationally.