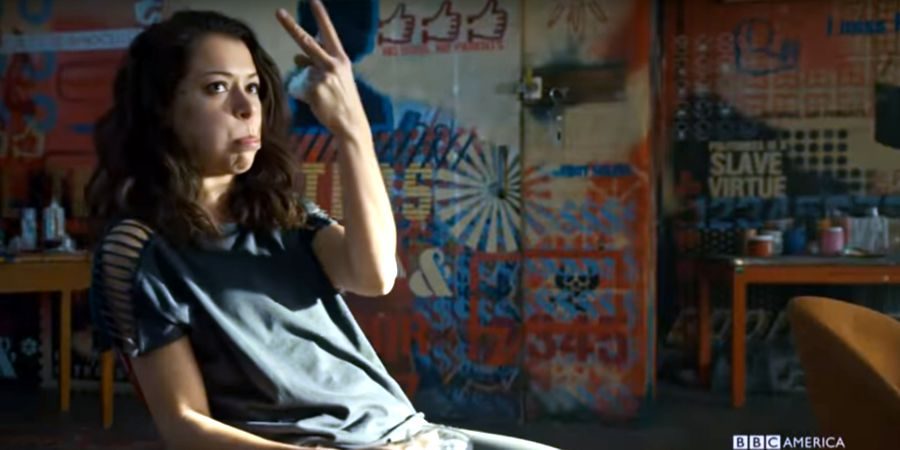 Orphan Black: All of Season 5 in 60 Seconds

Yes, you’re tired of waiting. We’re all tired of waiting. But before you start making rude gestures like Sarah is doing, take solace in the fact that BBC America loves you. How do I know this? Because they’ve just released a video that shows the entirety of season 5 in just 60 seconds. Talk about a fast-food binge!

If you’re really fast with the pause, you can probably catch a lot of teasers and glimpses of the future. It’s all quite frenetic, but I find myself watching it over and over. This is a unique way to promote a show and I don’t think I’ve seen anyone do something quite like this before. Breaking new ground is what Orphan Black does best.

The clones have been through it all together. From assassinations, detrimental illnesses, monitors and accidental murders to suburban drug fronts, kidnappings, male clones and biological warfare – there isn’t anything this lot hasn’t experienced. But through it all, they’ve remained united in their love and mission to keep each other safe at all costs.  They’ve sacrificed their families, the loves of their lives, and any true sense of normalcy – all for the chance to liberate themselves from forces much bigger than any one of them. Now, they must all fight for the family they’ve chosen, for a new future and ultimately, for freedom.