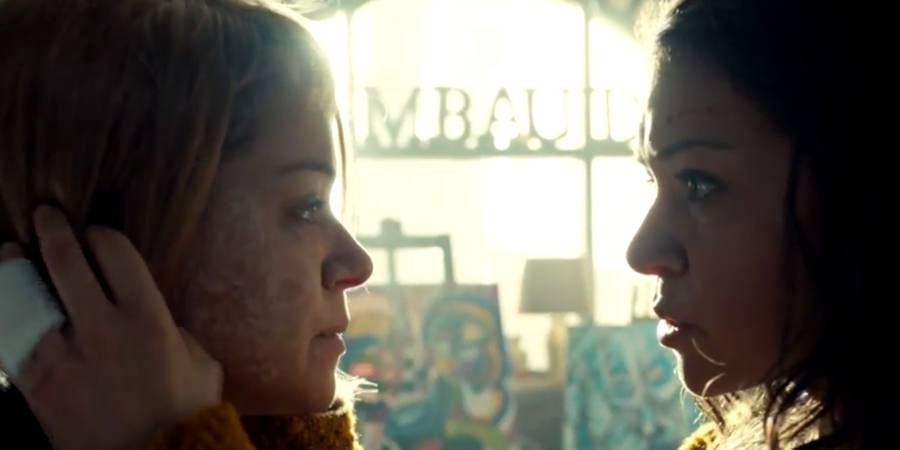 It’s hard to deny that Orphan Black has a lot going for it as a show. Great writing, characters, and, of course, acting are among the many reasons it has such a devoted fan-base. However, one of the best aspects of the show is something that’s easily and understandably missed by viewers: The VFX.

Sure, Orphan Black is a science fiction show, but it doesn’t have spaceships, aliens, or interstellar landscapes to create. It has to do something much harder. The VFX team has to recreate “real” scenes so perfectly that you’ll often forget they’re done with visual effects. Since these scenes only contain ordinary aspects, meaning they have no otherworldly or fantastical elements to them, it’s much more difficult to create something that looks seamlessly authentic. Your eye is more easily drawn to an anomaly in an ordinary scene than in, say, a scene filled with spaceships firing weapons in all directions.

In what is one of the best displays of this visual artistry, IGN has an exclusive sneak peek straight outta season 5. In this clip, Sarah and Mika trade places in a bit of a hurry. Even knowing this was done with visual effects, you just never see it. And that’s how you do VFX.

Oh, yeah. Maslany is amazing as always. Kinda goes without saying, but it felt good to just spell it out. Also, click the link and read IGN’s original post to spread the Clone Club love.