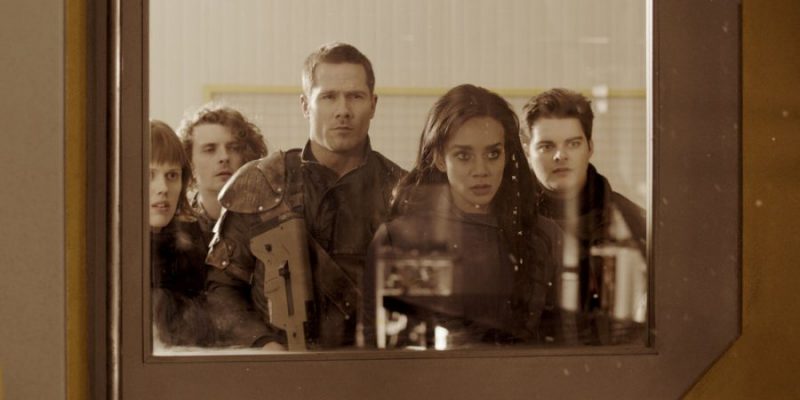 What’s better than a beloved sci-fi show with compelling characters and interesting storylines? A beloved sci-fi show that adds a fun arc celebrating the need for nerds, that’s what’s better.
Fortunately, Ep. 302 of Killjoys, “A Skinner, Darkly,” delivers all of those components in a nice episode that not only pays homage to the nerd herd, but also delivers clarity on Clara’s whereabouts and sees Johnny eventually realize it’s time to come home – in his own skin.

And lest you think this week’s episode is a gritty roll of the RAC dice, rest assured that the humor comes at a nice clip, mostly at the expense of the nerds. Did I say nerds – as in plural? Indeed I did, folks. As always, I’ll hit some high points, but won’t give it all away in case you haven’t seen the episode (and if you haven’t, ask yourself why that is? Get on it).

While Johnny and Ollie are having an adventure that quite literally puts another face on their situation, D’Avin and Dutch have a heart-to-heart with Turin after a proposed meet goes bad when the pair simply can’t build a relationship with piece of technology. Johnny being missing is starting to cause issues and it’s Turin who delivers a dose of reality to our would-be war-starters. It’s going to take more than simply butt-kicking to take down the Hullen and Turin isn’t afraid to let Dutch and D’Avin know it. Tech is going to be a valuable tool and he tells them quite simply, “We need nerds. Pick some nerds, take them for a spin, see if they’re field ready.” Field testing nerds is certainly a smile-inducing thought, isn’t it? 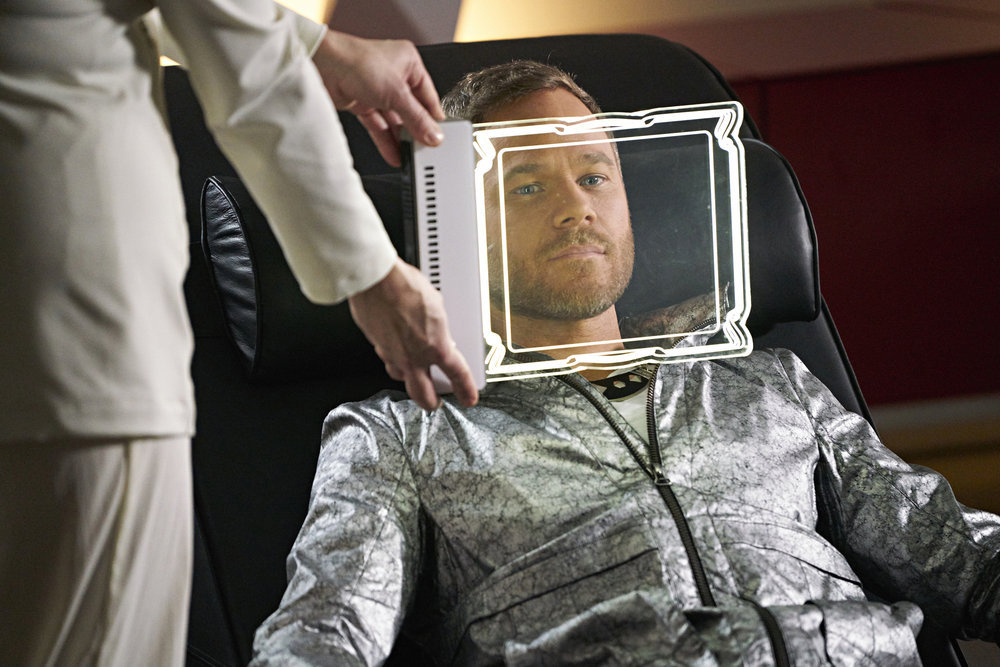 For all the muscle they’ll have to flex, the technology required to manage, contain and defeat the Hullen will be considerable. Dutch and D’avin finally come to terms with that reality and set out to find some nerds. “Come on, let’s go traumatize some lab rats,” Dutch says. Three nerds are selected for a mission and the adventure begins. Or does it?

Episode 302 bounces back and forth between D’Avin and Dutch’s adventures with their three tech apostles and what’s happening with Johnny and Ollie in and around Rat City. The search for Clara continues after some starts and stops that prove interesting (Hackmods have sleep modes to protect their owners…did you know that?).

Johnny’s got the bagged severed head of the guy he killed while assaulting Ollie and while seeking answers at the Hackmod pub, discovers a lab that deals in black market second skins.
At the Livio Surgical Spa, dreams can become reality with a new face. And it’s here that Johnny and Ollie travel, though they take separate paths to enter the spa. Johnny, bedecked in crisp and smart duds, looks like he’s strutting the catwalk at a European show. I half expect Derek Zoolander to show up and challenge him to a “walk-off.” Gotta say that Aaron Ambrose just kills this action with a self-confident swagger that is both convincing and chuckle-inducing. You are perfection, indeed, sir. Improve upon it? It is to laugh. Well, maybe the jaw a bit, eh? 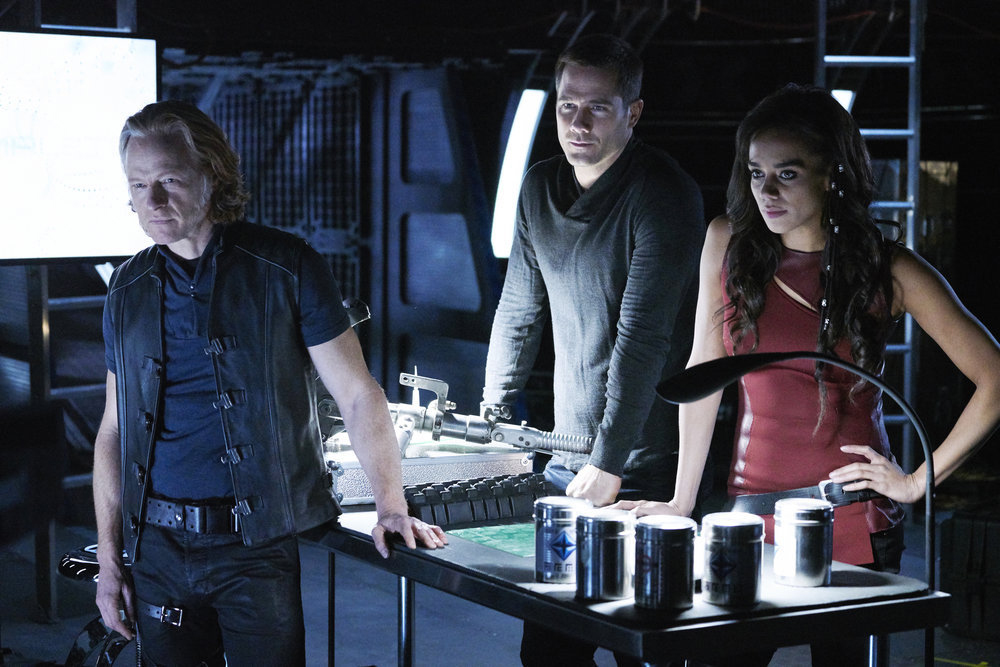 What we have here is Johnny working the top floor while Ollie bangs around on the bottom rung. Both seek answers to why the skinning is taking place, who benefits from it and who is getting skinned? I won’t go into great detail here, except to say that someone in the facility recognizes Johnny and Ollie and forces them to escape. That person, Yoki, was a friend of Clara’s and when Ollie and Johnny meet up with her later at the bar to find out why she sort of outed them at Livio, we find out that the Hackmods have hopes of a better future. And she wants Ollie to come along.

All that’s going to wait, though, as Livio queen baddie Niko absconds with Johnny from the bar and plans to skin him for her own evil purposes. New cast member Viktoria Modesta plays the role of Niko superbly, delivering a combination of long-legged beauty and vindictive, confident nut-job – all with hair that’s hard to describe. I loved her even as I loathed her desire to peel the flesh from Johnny. Needless to say, Johnny escapes with his customary cool style and Ollie brings the cavalry to put an end to Niko’s skinning business. Niko’s motives are dark, dark, dark, but even so you can kind of feel why she’s doing it, though her relish of the job is a little disturbing. Along the way, we find out that Ollie and Clara have a very close, personal connection, one that is a wonderfully inventive reveal. A good twist, that.

While Johnny is coming to term with the Clara-Ollie conundrum, the adventures of Dutch, D’Avin and the nerds continues. Needless to say they go through a gamut of adventures together to prove their mettle, though there’s a fun twist at the end that is a nice plot device. It’s a fun arc because D’Avin, in particular, delivers skeptical zingers at a nice clip. And who doesn’t enjoy humor at the expense of nervous, non-field agent nerdy types? It was entertainingly well done. When the slide rules are put away and the computations done, two of the three get a pass. The one that didn’t? Get ready to meet Zephyr, a young lady with nerdiness to spare and a unique take on the situations they underwent in the field test – including what was wrong with the test. While she doesn’t pass muster initially with Turin, Dutch susses her out later at a bar and decides the nerd herd needs Zeph’s special brand of geekiness. She’s on the team. And you can tell it’s going to be fun moving forward. 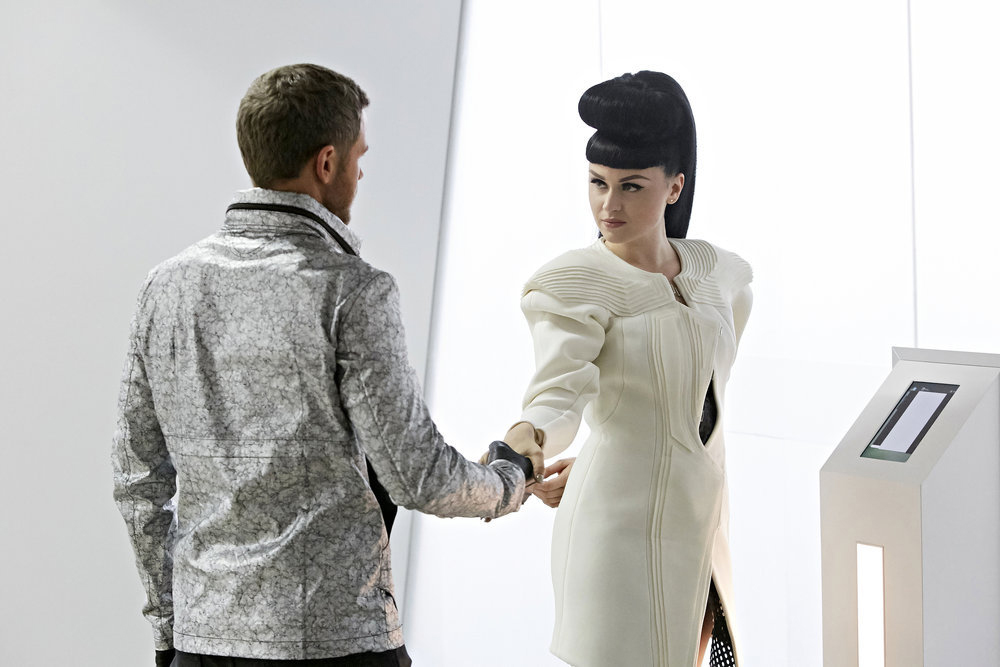 Preparation for the coming war continues. A reunion of our three heroes ensues and we find that the Hullen pools are more numerous than anyone thought – and all seemingly protected by RAC facilities nearby. The job, it seems, is going to be far bigger and more involved than they’d thought, or hoped. But Dutch will have her war, it’s just that simple. And the race to assemble assets is full-on now. I really enjoy her commitment and passion to save the quad. There’s an intensity there that is both cool and determined. Well played, Hannah John-Kamen. My only worry is that at the rate this green goop is popping up, and Hullen increasing the ranks of the bad guys, how is it all going to play out. I don’t see a winning scenario for our heroes at this point, though I’m confident the writers will deliver unto us a creative and definitive solution.

And just to spice things up a bit, we get a little Aneela time to remind us that she’s still bat-shit crazy. But she’s not alone. I have to give props to John-Kamen, who delivers the roles of Dutch and Aneela with such differentiating gusto that I’m not always convinced the same person is playing the two roles. She’s a talented actress that brings the two personalities alive and simply makes the show that much better. As for Aneela, she has a special guest. Someone we all thought was gone. That Hullen green goo – it’s got some nice healing properties, doesn’t it? Things are getting weird and so very interesting.