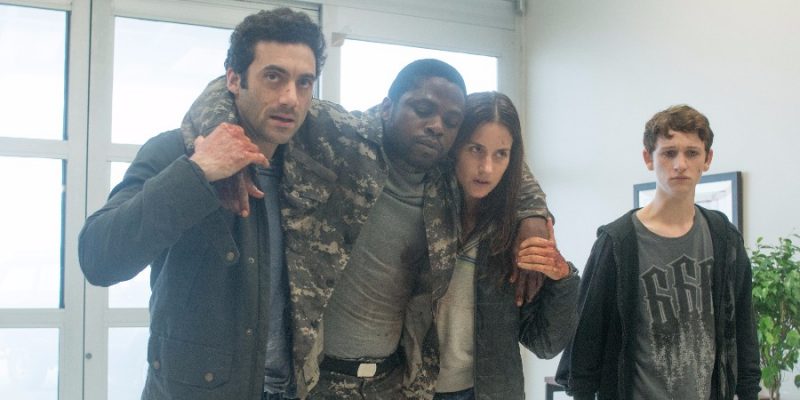 The Mist Review: The Waiting Room

Our journey this week mainly follows Kevin and crew at the hospital in Bridgeville, where The Mist shows no mercy. At least Kevin and crew were even able to bring Bryan to the hospital, that’s quite an accomplishment on it’s own and not something that would have easily been accomplished in the novella. Although it’s still dreary and the mist is still a serious concern, it’s a small breath of fresh air to experience something “normal” and the atmosphere in the hospital does exactly that. They’ve still got power, for now, and doctors and nurses are making their rounds, trying to assist patients in any way they’re capable. Though something very abnormal is happening with the mist outside, this episode helps to ground the viewer. Not all is yet lost, but people are definitely changing. 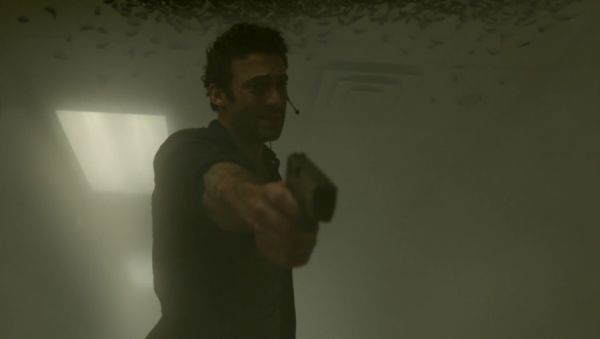 I’m normally not a big fan of flashbacks, they can be overdone or done poorly in a way that doesn’t mesh into the current story line, but The Mist killed it this week in joining two pieces of this story together in a beautiful fashion. Kevin is having to deal with some of his old issues alongside the mist this week, and it really pushes his boundaries as a person. We learn that his brother, Mike, is a big point of conflict for Eve. He gives her quite a rough go of life in Bridgeville and Kevin doesn’t quite stand up for her though you can tell he too is bothered by what’s been said.

This week we do learn more about a few other characters in the group, but I feel that Kevin really is the focus, so we’ll start with his story. As I said before, it’s a big deal that they’re even able to get Bryan to the hospital for treatment from his gunshot wound. Being the practical person that he is, Kevin immediately starts questioning the doctors and nurses on staff about his family. He finds a picture of Alex and Eve and begins asking every single staff member he can find, if they have seen these women. I’m not sure if he is annoyed that nobody has seen them, or relieved. It means that they aren’t injured or in the morgue there, but that doesn’t mean they’re both safe either. Instead he happens across another family member at the hospital, his brother Mike. Mike is stable for now, but will die of infection before long. 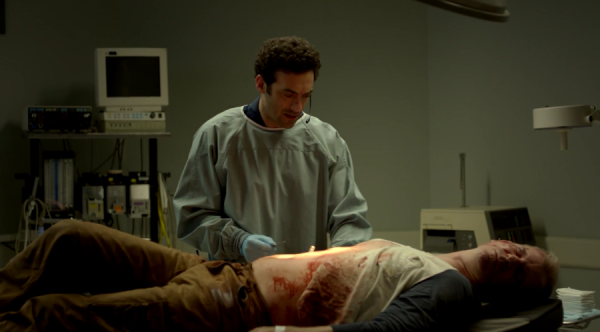 Mike and Kevin aren’t the best of friends, but they’re still family and Kevin, being Kevin, wants to help. We learn from Mike that he was attacked in the mist by a group of unruly teenagers. He admits that those kids knew things about Mike and his past, which should have been impossible. Letting the viewer know even more that there is something more to the mist, psychologically. Kevin takes the risk of running Mike through a mist filled hallway in order to get him to the OR, where he performs a shoddy surgery in order to try and save his brother’s life. All seems to have gone as well as expected but they’ve gotta get back through the mist filled hallway and to the ER so the doc can re look at him. Mike is attacked by mist leeches and Kevin is put in the difficult situation of killing his brother, or letting him suffer. Kevin makes a choice and loses his innocence on the show thus far, doing the right thing for his brother. If he’s willing to kill in order to end suffering, that should give us viewers a hint about the lengths he will go to for Alex and Eve. It was a necessary character development for Kevin, and the show handled it brilliantly.

Bryan adds to the mystery this week as well, with his real identity being questioned and opening up more even more questions about Arrowhead and what might be happening there. Mia and Bryan have a connection and their friendship is developing into a greater trust. Why wouldn’t she want to go visit her friend after he’s been taken care of by the emergency staff, particularity since they’re stuck in this hospital at the moment anyway. However when she asks to go see Bryan, she’s directed to another room. With a man, claiming to be the Bryan and even going so far as to say that why he’s in the hospital is because he was jumped by another man who beat him up and stole all his clothing/id. So will the real Bryan please stand up? Do we have multiple, was Arrowhead cloning people? The Bryan we all have known for the past few weeks is now a stranger and that has an affect on Mia. 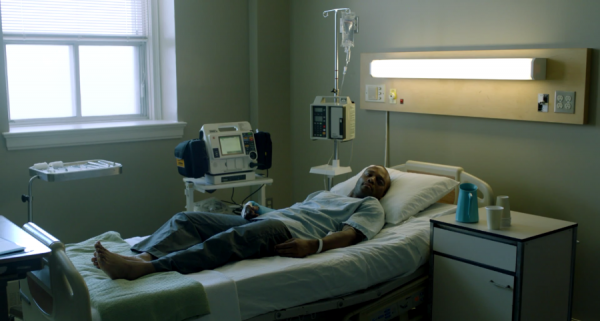 The Mist is changing the people who are stuck inside just as much as it affects those who wander into it. It’ll only be a matter of time before the new rules of the world fully emerge and we see who really was a monster all along. When basic necessities like food and water, and luxury needs, like electricity disappear, the true colors of the humans we are surrounded with begin to shine through. 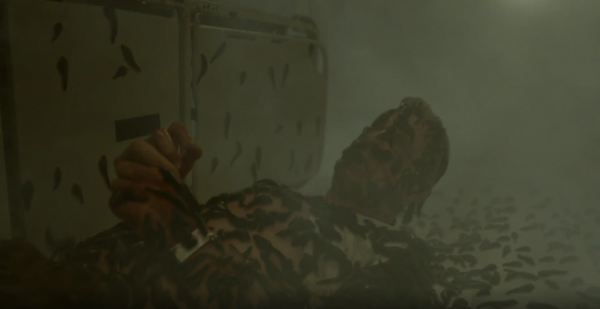