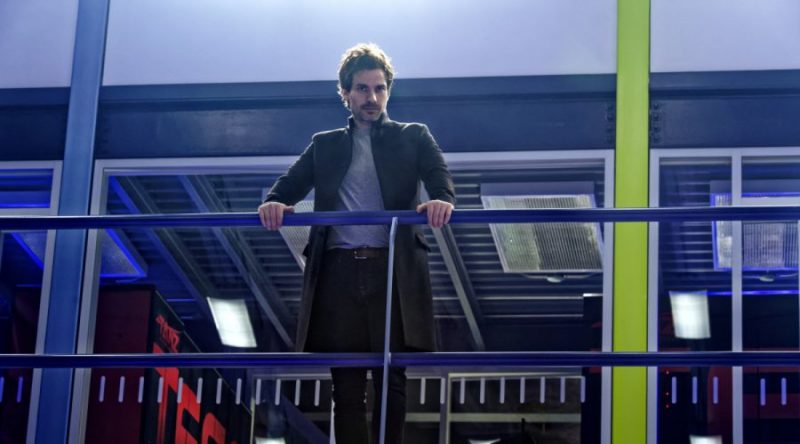 Salvation: The World Needs Saving in the Pilot – Review

CBS Salvation Pilot starts off with quite the bang, and I mean literally! We get to watch as a meteor hits in Russia and causes thousands of injuries. I can’t even imagine what I would do, seeing this huge ball of light hurtling towards me. And the fact that no one was warned, makes it even worse. Yet, I find that this is a great way to start the episode.

I am a huge fan of music, and the song they had playing in the beginning when we first meet one of the characters, Liam Cole, was awesome. It gets you pumped up and you can’t help but get excited for whatever is coming next. Which brings us back to meeting our young MIT grad student, Liam Cole. Liam is absolutely adorable, super smart and nerdy, as well as very disorganized. I can’t help it, I love the nerdy guys! So as we get to know him, we see that he has a strong passion for his work at school and believes he will succeed in his endeavors. His passions also run over in his personal life when he meets a beautiful sci-fi writer. Who would have guessed he would have a thing for gorgeous sci-fi writers?? Oh wait, I would! 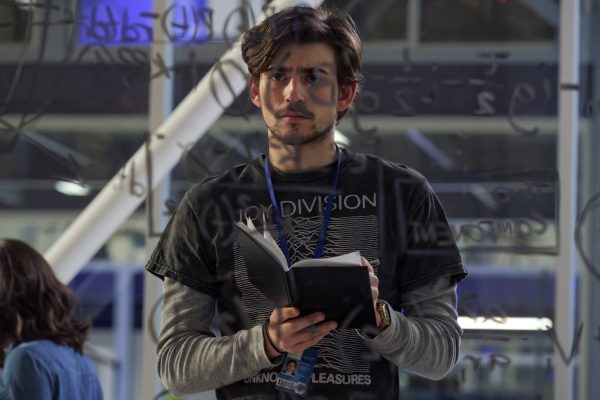 With Liam Cole being the one who discovered the asteroid, we see him racing off to take the news to Darius Tanz, “In 186 days and asteroid is going to collide with earth and we’re all gonna die”. Man, talk about intense. I guess if you are going to warn someone about the end of the world, might as well get right to it. Another reason I enjoy Cole, he gets right down to what needs to say, he speaks his mind and does what needs to be done. I am excited to see what else he will do.

Next, we got to meet Grace Barrow. She is a divorced, single mom who works as the Pentagon Press Secretary, and she is killing it all while wearing heels! Gotta love a woman who can march around all day in heels, kicks butt at work and as a mom, doesn’t even break a sweat and looks fantastic doing it. We get to see a little more of what type of person she is in this moment when she is talking to Tanz, “I don’t want to save 160 people, I want to save everyone”. Yes! Despite the possibility of impending doom, she wants to stand and fight in order to save the world. To make it safe and to give not only her daughter but everyone the chance to have a future. Grace Barrow, you are AWESOME.

Let’s take a look at Darius Tanz, whom I am already wanting to see more of. Tanz is a smart, tall, dark and handsome, very rich guy. Yet, despite thinking quite highly of himself, I sense that he may not be all bad and has the great possibility of being a hero in the venture to save the world. Despite his original desire to finish his project to save only some of humanity, he has now agreed to help Grace in her endeavor to save the world. He will be doing this with Liam by his side.

Finally, let’s talk about the main Government official that we got to meet, Deputy Secretary of Defense Harris Edwards. We find out that there is a romantic nature between him and Grace, a love affair that is kept secret due to the fact they work together. Hmmm, secret work love affairs…..Anyone else think this can go horribly wrong?? Oh, right, and not to mention he is lying to her! He has known the asteroid was plummeting to earth for a few months now and has been working on a way to stop it. He has assured all three that it is under control and that they have a way to divert the asteroid. Thankfully, we see that Grace is not only gorgeous but smart and can smell a lie a mile away. Harris is lying once again and the truth is about to come out. I am curious to see if Harris will be able to come clean and work with the rest of the characters in order to save humanity. Or will he continue to keep secrets and trust no one but himself in the race against time? I am going to reserve judgment on him for now, but it’s not looking good. 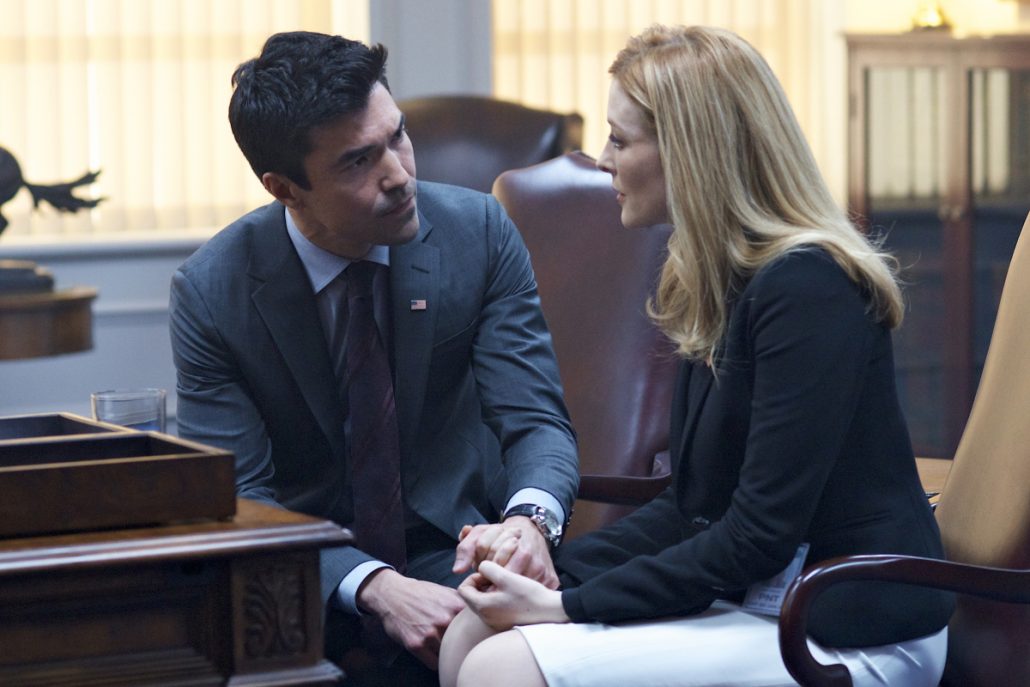 Anyone else notice the creepy men staking out Liam’s Professor’s house? So now, the professor is gone, his house is ransacked and there are big goons watching his place. Not to mention that the poor guy who helped Grace uncover the fact that Harris is lying, he is obviously dead! Which begs the question, who is trying to stop people from knowing about the asteroid? There’s obviously the government, but would they really go to the point of killing someone? Not to say that the government couldn’t get their hands dirty, but I am not convinced that this is their doing. I am thinking that maybe there is another party we have not seen yet. Maybe another country knows about the asteroid and has come up with a plan on their own. Hopefully, the identity will be revealed soon, as the anticipation is killing me.

This was a fantastic Pilot, leaving us with so many questions and wanting to see more. That is exactly what a great series needs to do, to continue pulling its viewers in and having them beg for more. They got right to the story line and introduced us to the characters, as well as the asteroid hurtling down to earth. It was fast-paced and full of drama, which I personally love. So as we are finishing this episode and wanting more, don’t forget to tune in next Wednesday for an all new episode of Salvation, on CBS at 9/8c, in the hopes of having some questions answered and for more drama to unveil itself. For now, enjoy this little video of the cast telling us what they would cross off their bucket list before the world ends.

Watch the cast tell us what they would cross off their bucket list before the apocalypse! #Salvation premieres Wed, July 12 at 9/8c on @CBS. pic.twitter.com/pXawtbTRfV

Check out these sites for more information about Salvation and tune in next Wednesday on CBS at 9/8c for another intense episode.