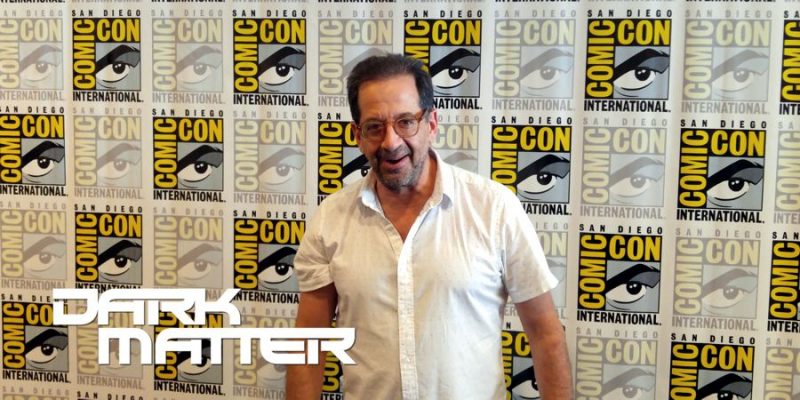 We continued our Dark Matter Inquisition with Executive Producer and President of Prodigy Pictures, Jay Firestone. Jay’s a very gregarious guy, easy to talk to, and happy to share information about the show. He clued us in on some of the challenges of filming and teased the shape of things to come.

The topic of dual versions of some of our crew led off the conversation and how we’ll see a change between those doppelgangers and “our” guys. Jay also used a surprising example from Star Trek V: The Undiscovered Country to explain some of the crew’s motivations. It made surprising sense, unlike the bulk of said film.

We also learned about how and why Sarah is still alive, albeit in digital form. Her character immediately became a favorite and she brings out the best in Three, making him a better man. It’s just too bad she’s stuck inside a virtual world … for now(?).

The conversation swung toward the new members of the crew – Adrian and Solara. We press were impressed with them and Jay truly appreciated our feedback as not just press, but fans. He also mentioned Ennis Esmer’s performance as Wexler and how fans really love the guy, even though he’s a jerk. To be fair, he’s really good at being a jerk. That’s a talent I can appreciate.