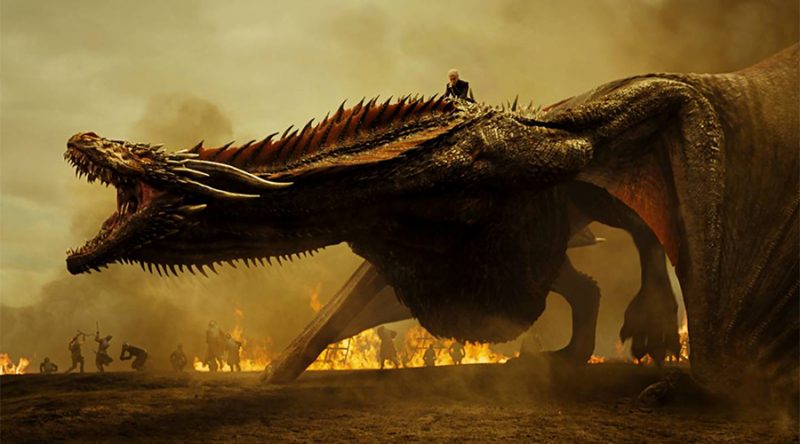 No doubt after watching The Queen’s Justice, and swearing at your screen for yet another Cersei win (DAMN IT!), and cheering for a Stark reunion, you’re itching to find out what happens next. In Game of Thrones The Spoils of War, some bad news arrives for Daenerys who perhaps has seen the folly in following Tyrion’s plan, much to the chagrin of everyone involved. It seems that she may be done with planning and may just try to ‘wing’ it a bit. If Dany is done with Tyrion’s plans, does that mean she’ll be bringing her dragons into the foray?

In The Queen’s Justice, Dany has already noted the invulnerability of her dragons. No good has ever come when someone has uttered those words. Will Dany use her dragons in battle and learn firsthand about Cersei’s new toy? I’m okay with killing all the people…well, maybe not all the people (Jon Snow and the remaining Starks better make it through), but I’d be disappointed if this led to the death of one of the dragons. Maybe with Jon still at Dragonstone, Dany will get another ally. Will he agree to join her forces when he hears of the latest loss? Perhaps this could mean we’ll see three riders take to the skies and Jon will be one of them? Okay, that last part isn’t likely, but fun to imagine.

Meanwhile, back in Winterfell, Bran has finally returned home, and it looks like there may be another Stark reunion on the horizon. Why does Jon have to be absent for all of this? It looks like Arya’s reunion with Jon will have to wait a while longer. And Bran, for that matter, will not be delivering his message to Jon in person anytime soon. Maybe he’ll go all three-eyed raveny and talk to him that way? Give him the advantage…or would that be his disadvantage? Bran isn’t exactly knocking it out of the park with his raveny abilities. Even so, I wouldn’t mind seeing some warging happen at some point. That was always one of my favorite parts of the books. Maybe Jon could end up warging into a dragon! That’d be something.

Game of Thrones The Spoils of War Preview

Check out the preview below and tell us what you think will happen next on Game of Thrones in the comments below!