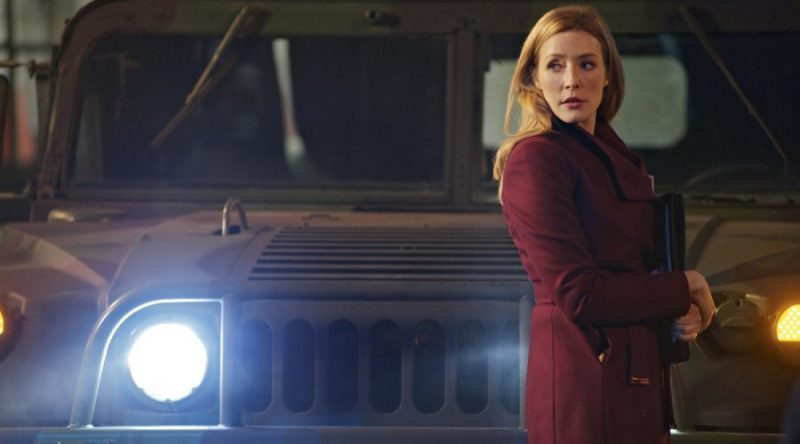 Salvation: Another Trip Around the Sun – Review

Man what an episode! Salvation: Another Trip Around the Sun did not disappoint. This was a nail-biting episode, full of drama. Not to mention the lies are getting bigger and bigger. Right off the bat, we see that tensions are high between Darius and Harris. Despite being willing to work with the Government, they aren’t as willing to help him get everything he needs in order to build the device that will be able to divert the asteroid. Never fear, because he has a plan and will do whatever it takes to get it done. “The bureaucratic red tape will kill us before the asteroid ever gets here”, Darius states to Grace, directly after their not so helpful meeting with the other Government officials. Not only is he willing to do whatever he needs to in order to succeed, but we see that Grace decides to jump on that band wagon as well. We definitely see that the point that pushed her over the edge was when she finds out her friend was killed and most likely by the Government. The fact that Harris was obviously lying to her, again, definitely made it easy for her to see that it was time to do things without the aid of the Government.

I do feel a little bad for Harris because I do believe that he feels that what he is doing is right. That by following the rules the Government has, they will succeed in saving humanity. Unfortunately, neither Darius or Grace are feeling the same confidence as him. Darius doesn’t put off the vibe of rule follower anymore than Harris screams rule breaker. But honestly, where’s all the fun if you don’t break a rule here or there? Isn’t that right, Grace? Let’s see what you’ve been up to while your lover has been following orders. 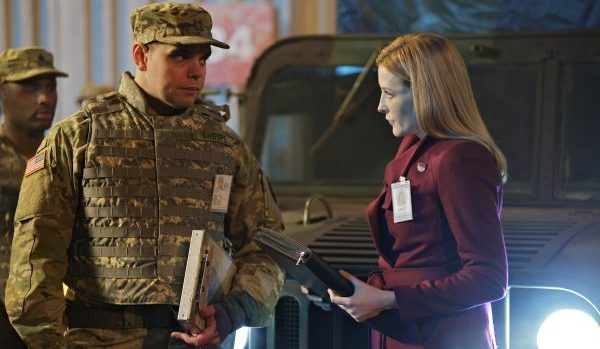 I have to admit, I was pretty impressed with Grace in this episode. Sneaking the code from Harris and then going on to the base in order to get, illegally transferred enriched uranium. That takes some serious guts! Although let me just say, it was so intense and cringe worthy watching her get into Harris’ briefcase. She was absolutely awful at sneaking around, I swear I thought she was going to get caught! I’m not gonna lie, I was peeking through my fingers during that moment. She did end up getting the code and even managed to get the uranium, but not without some bumps along the way.  Even though it was a success and she was able to get the code that she needed, it wasn’t all that clean of a getaway. Oh no, she goes and loses an earring!! Come one Grace, you can do better than that. That isn’t even the best part of the whole thing. Believing Harris doesn’t know anything, she goes back to his place for some one on one time with lover boy. As soon as she thinks he’s asleep she sneaks out of bed in order to break into his briefcase again and find her earrings. Well, of course, it isn’t that easy! They have vanished. What a shocker. It honestly just twists your gut a little more knowing that Harris has it. Now here’s the kicker, as she gets back into bed, Harris opens his eyes. Boom! Grace you poor sweet thing, you are totally caught. This is going to be quite the betrayal for Harris and I am not sure how he is going to handle things going forward. Will he call Grace out? Will he pretend nothing has happened and move on? Or, will he wait and set out to catching her red-handed? I so look forward to seeing what happens. Watch out Grace, I think you are officially on Harris’ naughty list. But hey, props for you, for going against your man and the Government. Good luck in the next round, because I have a feeling things are about to get very tricky for you, my dear

Well well, look who Liam finds, or should I say, who found Liam. Welcome back, Professor Croft! I am truly relieved he is alive and well, especially now that we are able to have some of our questions answered. Turns out, someone is desperate to keep the news of the asteroid quiet and Croft has been caught in the middle of it. Yet, the fact that Liam found him and is able to bring him back to Darius is hopefully great news. With all of them working on this almost impossible mission, in order to save the world, things are definitely looking up. I have to be honest, I thought Liam was going to run into some serious trouble with the mysterious shadow on him. It was all a tease though, Liam was just being followed by one of Darius’ henchmen. I would love to see Liam in a scuffle at some point! Come on Salvation, don’t disappoint one of your biggest fans. 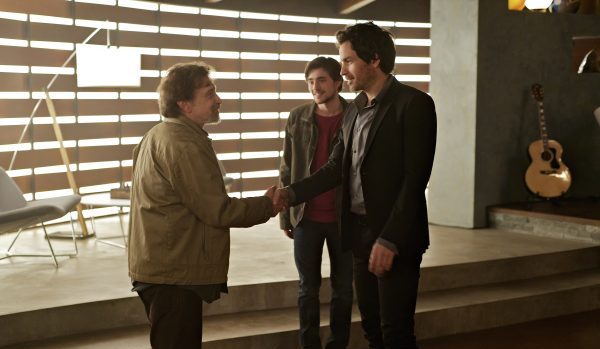 Liam brings Professor Croft to see Darius after realizing the Professor had been in hiding this whole time. Photo Credit: CBS Press Express

So we got another peek at Gillian, Liam’s love interest. She hasn’t played a huge role yet in Salvation, but rather someone they have just brought up in order to keep her in our minds. It is clear that Darius wasn’t too happy that Liam went to see her. Which doesn’t make sense at all. There has been nothing to suggest that she is going to cause any problems for anyone. So why is it such a big deal? Is there a bigger plan for her coming up in the next few episodes? Will she and Liam be able to reconnect? I personally hope she becomes part of the inner circle and plays a larger part. She is a great personality to have on the show and I am dying to see more of her. Plus, she and Liam still have a thing for each other, which we absolutely need to see more of. We still need to know why Darius is so concerned about her and thinks that she is going to be a problem. Oh, Darius, you’re not supposed to have any secret agendas! Don’t follow in Harris’ footsteps with all the lies and secrets. I beseech you, don’t do it!

Episode 2, Another Trip Around the Sun, hit all the major areas we want to see in a fantastic thrilling TV series. I didn’t want it to end. The ending was a huge cliffhanger. With Harris opening his eyes after Grace tries sneaking around, I couldn’t stand it! Talk about having your viewers eating out of the palm of your hands. Super intense episode and I believe everyone who watched it was very pleased. So don’t miss next weeks episode of Salvation, because you will regret it if you do.