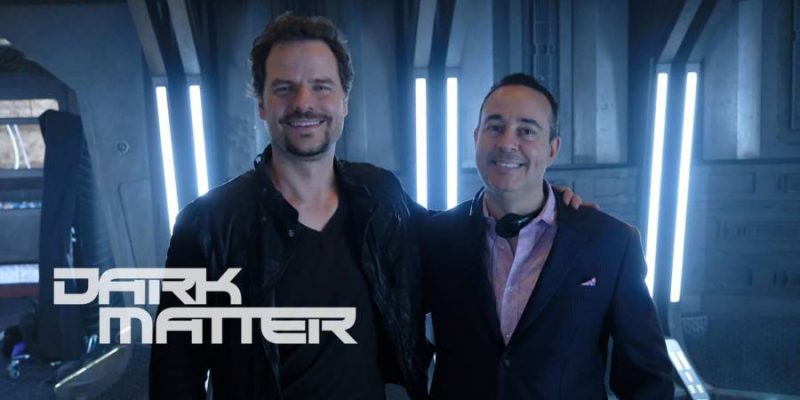 We Dark Matter fans are up against a double-edged sword here. On one side, we’re lucky to have a seriously jaw-dropping season finale to look forward to. That’s good. (Actually, it’s great. I’ve seen it and my jaw still hurts.) On the other side, we’ve only got one more episode before the end of what has undoubtedly been the show’s best season. And while it cuts both ways, life would be boring without a little danger and worry to make the good times seem that much sweeter. Plus, if that’s the worst thing you have to worry about you’re living a very good life.

Now, who wants to see some candid pictures … of the Dark Matter set? Good, because I’ve got a half-dozen right here hot and fresh for ya! 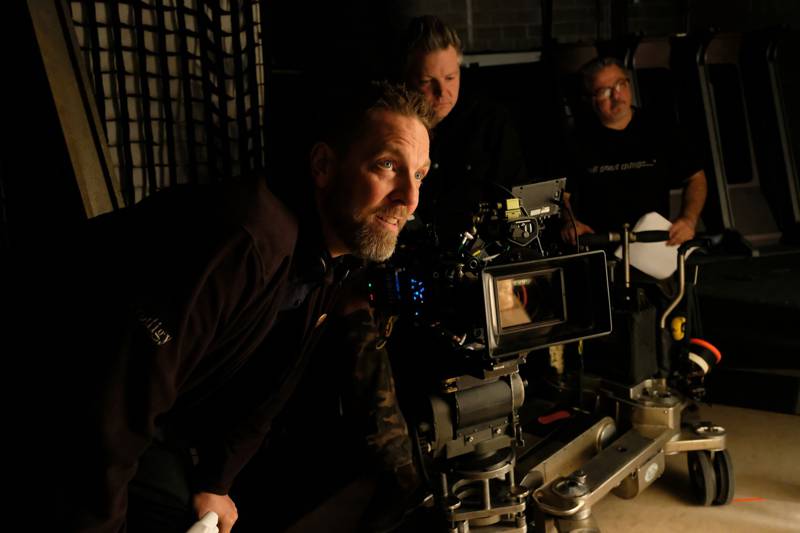 You see that man smiling in the picture above? That’s Director Ron Murphy and he knows what’s in store for you in the finale. That’s why he’s smiling. We viewers, on the other hand, will be dragged through a minefield of emotions. Don’t worry, it’s a soft, fuzzy minefield of exploding experiences that’ll bring us together (and drive us to drink). 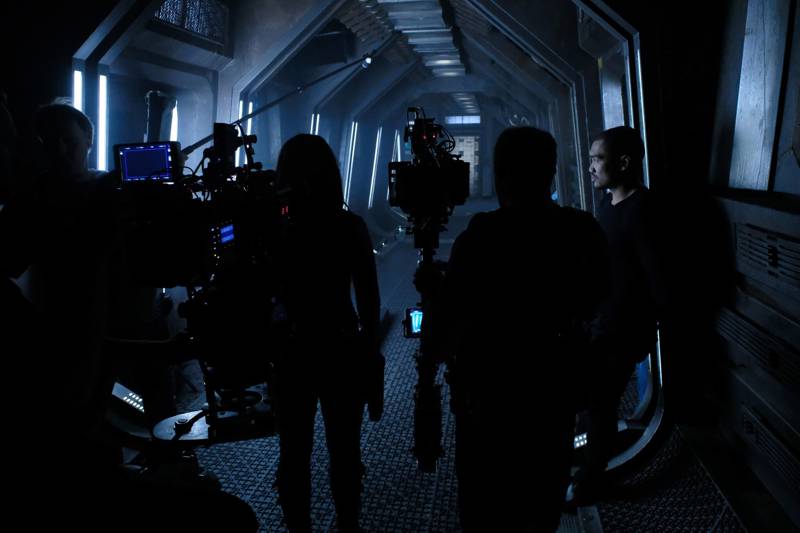 Melissa O’Neil and Alex Mallari, Jr. lurking in the dark corridors of the Raza, no doubt waiting for a fight of some kind. I mean, I can’t see these two sitting down for tea and watching The Great British Bake-Off. At least not until they get a few kicks in first. 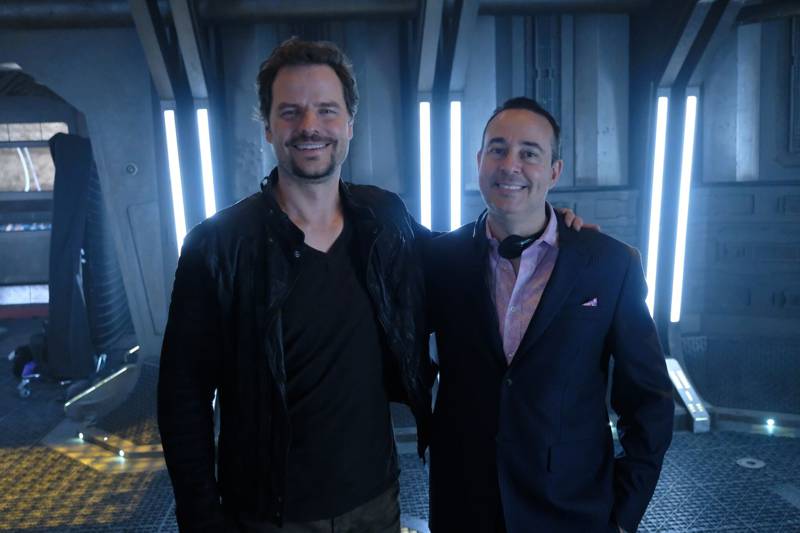 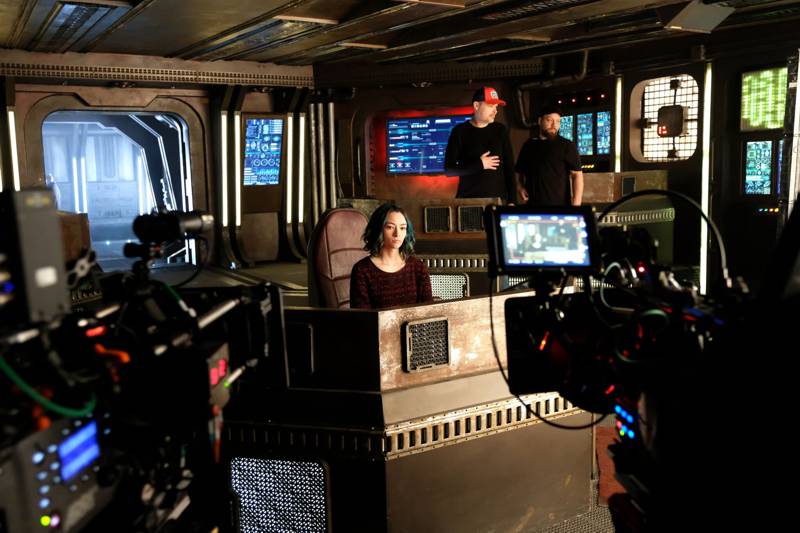 Adulting is serious business. Adulting on the bridge of a starship is even more serious. This may be the most serious-looking expression I’ve ever seen on Jodelle Ferland’s face. It’s good to know somebody takes this stuff seriously or pandemonium would most certainly ensue.

Waitaminute … this is Dark Matter – we WANT pandemonium to ensue! (Don’t worry, it will.) 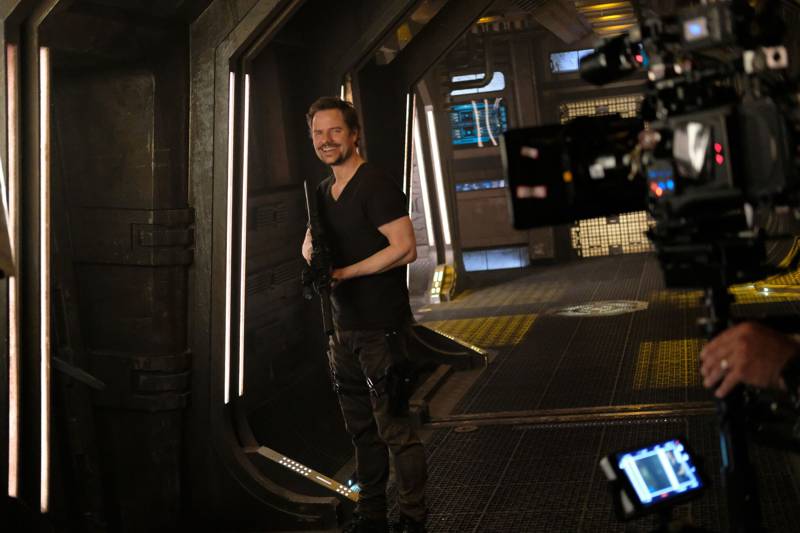 Oh man, this guy and his smiling face again. What could keep a guy like Anthony Lemke so happy all the time? Why, a belly full of snacks and a freshly-loaded gun, that’s what. The only thing that could make this moment better is if he had something to shoot. 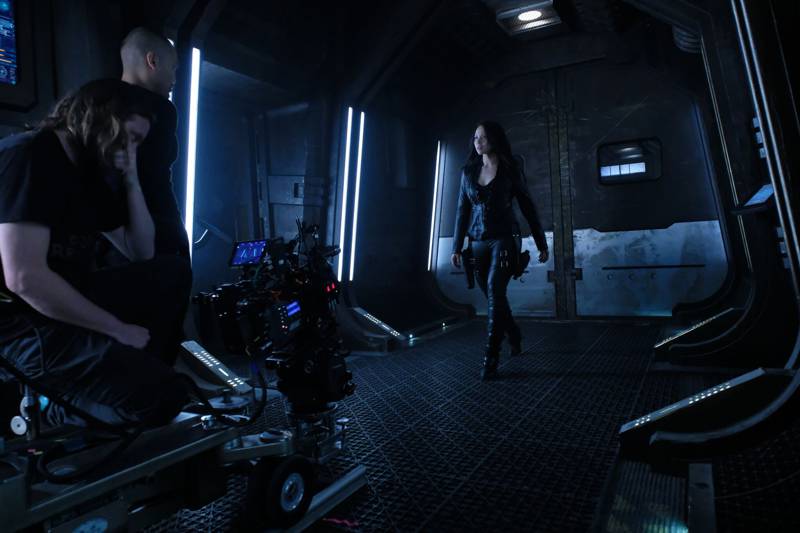 Ooh, guys! It’s Melissa and Alex in the dark corridor again! I don’t know about you, but this looks like some kind of, um, shall we say, “tense encounter”? Let the Throwdown Showdown begin!